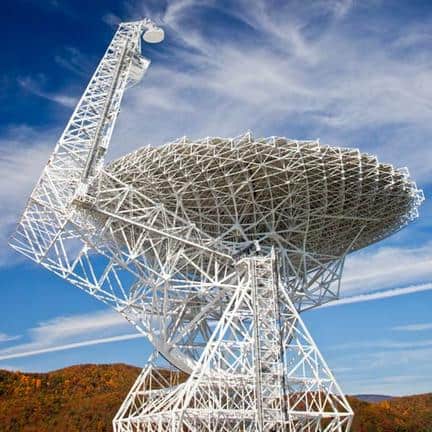 Some people hate to be alone. They like to think there must be somebody or something out there, beyond the limits of the Solar System. I see it otherwise – the possibility that we are the first intelligent species makes me feel special.

I’ve been contemplating the status of humankind because of two recent announcements. First, the Kepler Space Telescope team announced that they found an Earth-like planet named Kepler-452b in our galaxy, a mere 1,400 light-years from Earth.

Second, the search for extra-terrestrial intelligence, SETI (now in its 55th year of listening to resounding silence), received a boost with the announcement that Yuri Milner, a wealthy Russian technology investor, will donate $100 million to give the program a makeover.

As a species we are naturally curious about whether we are alone. Milner believes the reason we’ve not found extra-terrestrial life is because haven’t searched hard enough. As he put it: if you put a cup in the ocean and draw it out empty, that doesn’t mean there are no fish.

But it could mean no fish.

The holy grail is for us to find a technologically advanced civilisation, not just the chemical building blocks of life such as we hope to find with the Mars rover missions. What kind of signal are we looking for?

The possibility that we are the first intelligent species makes me feel special.

In every race, somebody has to be first.

Let’s say there is an intelligent civilisation on Kepler-452b and that they have built a powerful transmitter to send signals to us. If we picked up such a signal today and responded, our signal would take 1,400 years to reach them. Their response would take just as long, so it would be our descendants 2,800 years from now who would receive the reply. That would make for a rather drawn-out conversation.

Even if they did not think of sending us a signal, by pointing our radio telescopes at Kepler-452b we might find echoes of their radio, television or equivalent broadcast transmissions.

The trouble is that all broadcasts are subject to the inverse square law: every time you double the distance from the source, the signal strength falls to a quarter.

As a consequence, any signals not specifically directed at us, travelling thousands of light-years, would be so weak by the time they reached Earth they would be lost in the background noise of the Universe. No amount of computer processing could extract those signals from the noise.

Given that the chance of detecting a signal, let alone any hope of a conversation, is highly remote, let’s revert to logic to consider what other life-forms might be like. Assume that there is indeed one other planet teeming with life. Either it is more technologically advanced than us or less so.

Given that the Universe is 13.7 billion years old this other life-form is unlikely to be a mere few hundred years ahead or behind. There is a good chance that there will be a substantial difference, with its development something like 500 million years ahead of us or 500 million years behind. If it is that far behind us – think trilobites – it will not be sending out radio signals.

If it is that far in front of us, what would that mean?

Start by imagining our own technology 500 years hence. That is completely beyond my ability to conceive.

Now what if the alien life were 500 million years ahead of us? They would be god-like, with technology absolutely beyond our comprehension. They would be curious, so by now they would have found us. They would certainly be capable of choosing whether or not to make contact.

However, there is no evidence of their existence. Perhaps they have turned their noses up at us and moved on?

But my hunch is that we are the most advanced species in the Universe, certainly in our galaxy.

In every race, somebody has to be first. In this evolutionary race, it’s us.

Originally published by Cosmos as Comfortably alone in the Universe