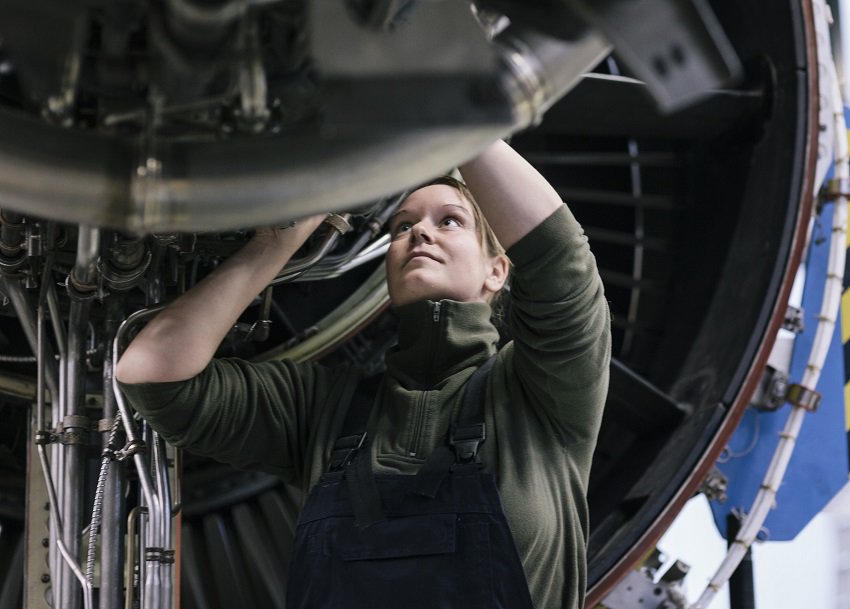 To create diversity in engineered products, we need diversity in the workforce. Credit: Hinterhaus Productions
More on:
engineering

We don’t often stop to think how amazing it is that clean water flows from our taps, a toilet flushing magically takes away our waste, satellites buzz around planet Earth to facilitate google maps or electricity turns on at the flick of a switch.

Our convenient world just… works. And it is all thanks to engineers. March 4th marks the first International World Engineering Day and it is an occasion to celebrate engineers.

We don’t think often think about the impact engineers have on our lives, it is easy to take our modern convenience for granted. There are also many misperceptions about what engineers do.

For the last eight years I have worked with high school students, mostly women, to shift their perceptions of engineering. When I ask 15-year-old high school students what an engineer does I often hear “men in overalls fixing cars”, “a mechanic” or “hi-vis and on construction sites”. Most students have no idea what engineers do, they have not heard about it and 90% of them have never considered it as a career.

Shifting these perceptions is simple. We can let young people know engineers make things work, make the world work better and ultimately solve problems for people. Everything engineers do is for people.

Why do perceptions of engineering matter? Well right now, about 1 in 10 engineers are women and it has been that way since 1990. And if engineers are designing our world, we need to make sure they consider and represent the people that live in it.

Because of a lack of diversity in engineering the design of cars is less safe for women, there are less toilets for women on the planet, air conditioning is designed on the basic metabolic rate of a 40-year-old man and traffic modelling is centred around trips more common to men than women – all because women weren’t considered in the design of these everyday inventions!

By engaging girls in school and encouraging the engineering profession to include a range of people in their designs, we can change this and create a world that works for everyone.

Designing for differences has enabled some of the best everyday inventions.

Italian inventor, Pellegrino Turri was writing letters in the early 1800s to his blind lover Countess Caroline Fantoni da Fivizzano. He wanted to help her to write more legible letters, as she was blind so came up with the very first typewriter.

The father of the internet, Vint Cerf, pushed hard to make electronic mail (e-mail) happen. Why? Because it was the most direct and clearest way to communicate with his wife, Sigrid, while they were at work as they both had hearing impairments. Cerf advocates, for obvious reasons, that designing for difference should be included at the beginning of the design process.

Kerb ramps were overlooked in the original design of footpaths. Ed Roberts, a polio survivor and the first student with severe disabilities to attend the University of Berkley, advocated for their installation after finding it difficult to travel around the university and the city in his wheelchair. Kerb ramps not only help people in wheelchairs navigate the city, they also make our cities more accessible for parents with prams.

Designing for difference is an opportunity. It sparks innovation and, like diversity, benefits everyone.

Attracting ‘non-traditional’ entrants to engineering, particularly women, to engineering will also ensure we can meet the demands of a growing Australia. Our population is set to grow by almost 24% and reach 31.4 million by 2032. This will place an enormous strain on already groaning infrastructure, with many more engineers needed to deliver on this maintenance backlog, let alone deliver the planned pipeline of over $200 billion in infrastructure works.

To best prepare Australia for a prosperous economic future, meet the demands of infrastructure and position ourselves globally in the ideas economy we must increase participation in engineering and shift the perceptions of this profession.

Originally published by Cosmos as Who creates the world? Engineers