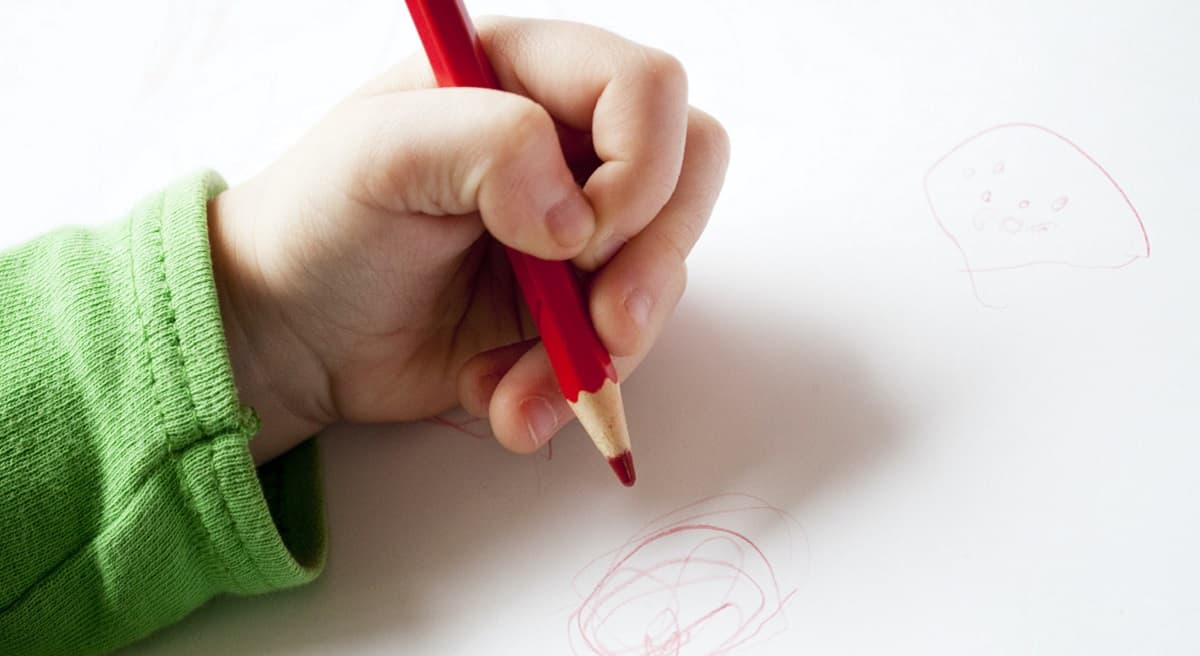 Most people consistently use the same hand to do tasks that require skill and control such as writing or threading a needle. We know genetics plays a big part in which hand a person prefers, but it has been difficult to identify the exact genes responsible.

About 88% of people prefer to use their right hand for complex tasks, around 10% prefer their left hand, and the other 2% report they do not have a preference and can use either hand. Hand preference develops so early that it can be seen in the womb.

Handedness tends to stabilise around the time children are learning to draw. In the absence of injury or training it remains constant throughout life. Evidence from historic human populations suggests it has been this way for hundreds of thousands of years.

Research examining patterns of handedness in twins and families shows most of the variation is down to non-genetic factors, such as training and the environment in which we gain early motor skills. However, genetics does play a significant role.

There is no single gene for handedness

Since the mid-1980s more than 100 journal articles have explored the idea that a single gene might influence handedness. These theories suggested one variant of the gene would bias an individual towards right-handedness, while the alternate variant led to handedness being randomly determined.

While there have been many theories attempting to explain different human characteristics via single genes, in recent years we have discovered that the reality is often much more complicated. More recent research uses genome-wide association studies (GWAS) to look for a relationship between a trait of interest and the number of copies of a genetic variant someone has. These analyses are run for millions of variants located across the genome.

These genome-wide studies have shown that almost all human traits are influenced by many hundreds or thousands of genetic variants. Often these variants are located between genes whose purpose is not clearly identifiable, in what used to be called “junk DNA”.

GWAS has also shown most traits are influenced by large numbers of genes which each contribute a very small effect, rather than a single gene which has a large effect. To track these small effects, large collaborative studies with many participants are required in order to identify the individual genetic variants involved.

What GWAS reveals about handedness

In 2009 we started a project involving researchers from around the world to hunt for genetic variants that influence handedness using GWAS. We did not recruit participants based on their handedness, so the number of left-handed people was relatively small. As a result, we have only recently gathered enough to undertake robust analyses.

Our study brought together analyses of data from 1,766,671 people. Of these people, 194,198 were left-handed and 37,637 were ambidextrous. We found 41 regions of the genome associated with left-handedness and seven regions associated with ambidexterity.

Many of the regions of the genome associated with left-handedness contained genes that code for microtubule proteins. These proteins play important roles during development in the migration of neurons and in the ability of the brain to adapt to changes in the environment.

Interestingly, genes that influence other asymmetries in the body, such as which side of the body the heart is located on, were not associated with handedness in our study.

Another important finding was that there was little overlap between the regions of the genome associated with left-handedness and those associated with ambidexterity. This suggests that ambidexterity is more complicated than we previously thought. The mechanisms that influence the direction of hand preference might be different from those that influence the degree of hand preference.

These findings give us promising new leads but more work is needed to identify further genetic variants that influence handedness. There is also a long way to go before we understand how these variants play a role in someone becoming right-handed, left-handed or ambidextrous.