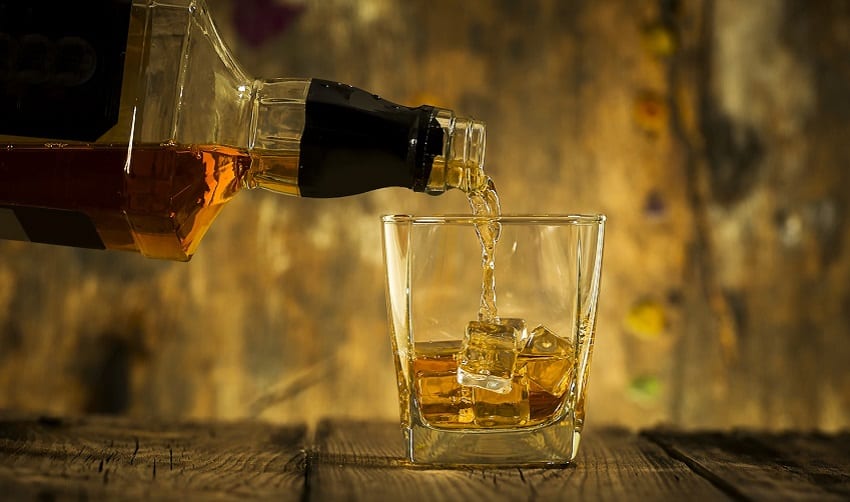 The mark of a particular bourbon, it turns out, is not its taste, nor its price-point, nor even the clever design on its label.

No. Scientists have now demonstrated that what truly distinguishes a drop of Bulleit from a drop of Knob Creek, or a snifter of Jimmy B from a slurp of Wild T is the mark it leaves on the coaster.

The discovery, outlined in detail in the journal ACS Nano, is actually more significant, and more complex, than it first sounds. It has a potential real-world use as a method of detecting adulterated products. Mostly, however, it is just very cool.

Researchers led by mechanical engineer Adam Carrithers from the University of Louisville in Kentucky, US, turned their attention to the previously neglected chemistry of whiskey stains, inspired by long-established research concerning another popular beverage: coffee.

Everyone who drinks coffee is well aware that if a small amount is dropped on a non-porous or semi-porous surface and left to look after itself it will dry and form a distinctive pattern.

This is known as a “coffee ring” and arises because the liquid at the edge of the spill evaporates more rapidly than the stuff in the middle. This induces a capillary flow from the centre to the outside, which gets faster as the total amount of coffee declines. The result is a distinctive ring, darker at its outer borders.

The chemistry and physics of the process was first described in 1997, and coffee ring science has gone on to be pretty much its own discipline, prompting dozens of papers every year.

Spilt bourbon doesn’t behave in the same way. Carrithers and colleagues discovered, however, that it does something just as interesting. It forms a web.

The researchers first noticed this when observing diluted bourbon drips left to dry on glass surfaces. With remarkable attention to detail – perhaps a mindset that can only be achieved while contemplating an empty whiskey tumbler – they noticed that the web formations that developed as the liquid evaporated appeared to differ depending on the brand.

Intrigued, they decided to look more closely and examine the process using uniform samples under laboratory conditions. With the aid of time-lapse microscopy, they got to work on a range of bourbons.

In any droplet, they discovered, non-volatile organic compounds called aromatics, phenols and esters clustered together on the surface and formed a layer just one molecule thick. As evaporation proceeded and the droplets grew smaller, the layer collapsed, creating the stands of a web.

These patterns, they realised, were brand specific. To test this, they arranged for a set of stains to be prepared, in circumstances where they were blind to the source bourbon. They then set about identifying each drink using only the web layout – and guessed correctly in 90% of cases.

This, they suggest, once properly codified, could provide a novel way to identify counterfeit booze.

But it would only work, it seems, in bourbon. In the ACS Nano paper, Carrithers and his team report that the same sort of distinct webbing does not develop in scotch, nor in Canadian whiskies.

And it is that sort of detail – that dedication to research – that is the mark of true scientists.