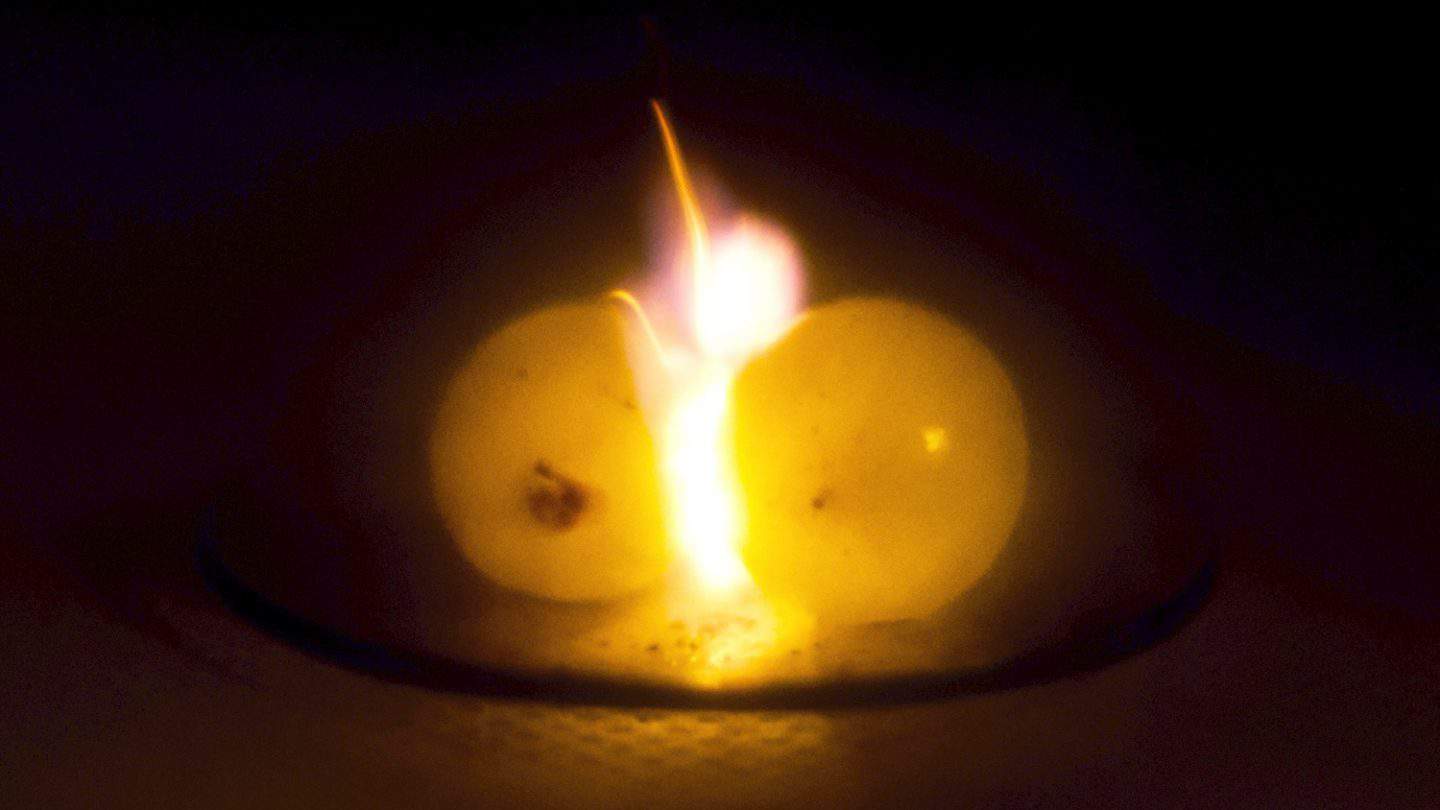 For more than two decades, millions of science-curious viewers have been captivated by online videos showing grapes sparking and creating light shows when microwaved.

Scientists and commentators have posed theories explaining why this happens, but Canadian researchers have now solved the mystery once and for all, reporting their findings in the journal PNAS.

The party trick commonly involves cutting a grape nearly in half, leaving the skin intact on one side, and popping it in the microwave. After several seconds, the radiation ignites a hotspot. The grape sparks in the middle and sends off a bright puff of light, or plasma.

One popular theory proposed that the hotspot creating the spark occurs because the skin conducts electrons back and forth.

The grape halves were thought to act like a radio’s “dipole antenna”, converting microwaves to an electrical current across the skin bridge, says co-author Pablo Bianucci of Concordia University, Montreal. This current would eventually generate the plasma.

Bianucci and colleagues Hamza Khattak and Aaron Slepkov decided to use thermal imaging techniques and computer simulations to test that and other theories.

They discovered the effect can occur even without the skin bridge.

“By studying the system further, we find that it is not the skin that is important, but the fact that the grapes are like balls of water,” Khattak explains.

Essentially, this “bulk optical” effect involves the whole grape rather than just its surface. And no electrical current is necessary to create the plasma.

“The plasma is created due to an amplification of the electromagnetic field in between the grapes,” Bianucci says. This is caused by the interaction of “trapped” microwaves. Having two grapes, or two halves, is key.

This revealed that the intact skin merely holds the grape halves together. When the two whole beads were microwaved close together, the electromagnetic build-up caused the beads to bump against each other.

The researchers are investigating this oscillating motion further. “We are currently studying the bouncing behaviour if you keep the beads contacted with a gravitational potential instead,” Khattak says.

Stephen Bosi, senior lecturer in applied physics at the University of New England in Armidale, Australia, was among the advocates of the original dipole antenna theory.

The idea rests on the assumption that the symmetrical grape halves resonate, much like an incoming radio signal.

“Resonance means when a wave of a particular wavelength strikes an object of just the right size so that those waves fit neatly inside or around the object, it causes the waves to oscillate very intensely,” he explains.

“It’s just like an organ pipe – only sounds of the right wavelength (or pitch) can play loudly (or intensely) because they fit neatly into the length of the organ pipe.”

According to Bosi, the new paper, which he was not involved in, suggests that resonance is still involved – but is much subtler than previously guessed.

“They showed using both experiments and a century-old theory of light scattering called ‘Mie theory’ that when two resonating grapes (or two halves of the split grape) come close together, they interfere with each other in such a way that they create an extremely intense resonance in the gap between the two halves,” he comments.

“The microwave intensity is high enough in the gap to cause the air molecules to ‘ionise’ – meaning that some of the electrons that normally orbit the atoms in the air molecules get ripped off their parent atoms.

“The electrons (negative charges) are now able to move almost completely separately from the now-positively charged parent atoms (now called ions). Any gas (like air) where this happens is now called a ‘plasma’.”

One of the results of this process is that the plasma glows.

The Canadian researchers are intrigued by the fact that water can make the non-visible wavelengths of microwaves very small, Bianucci says, but it doesn’t have the same effect on visible light.

Khattak explains that the way a material affects light depends on the light’s wavelength, which is why you get rainbows.