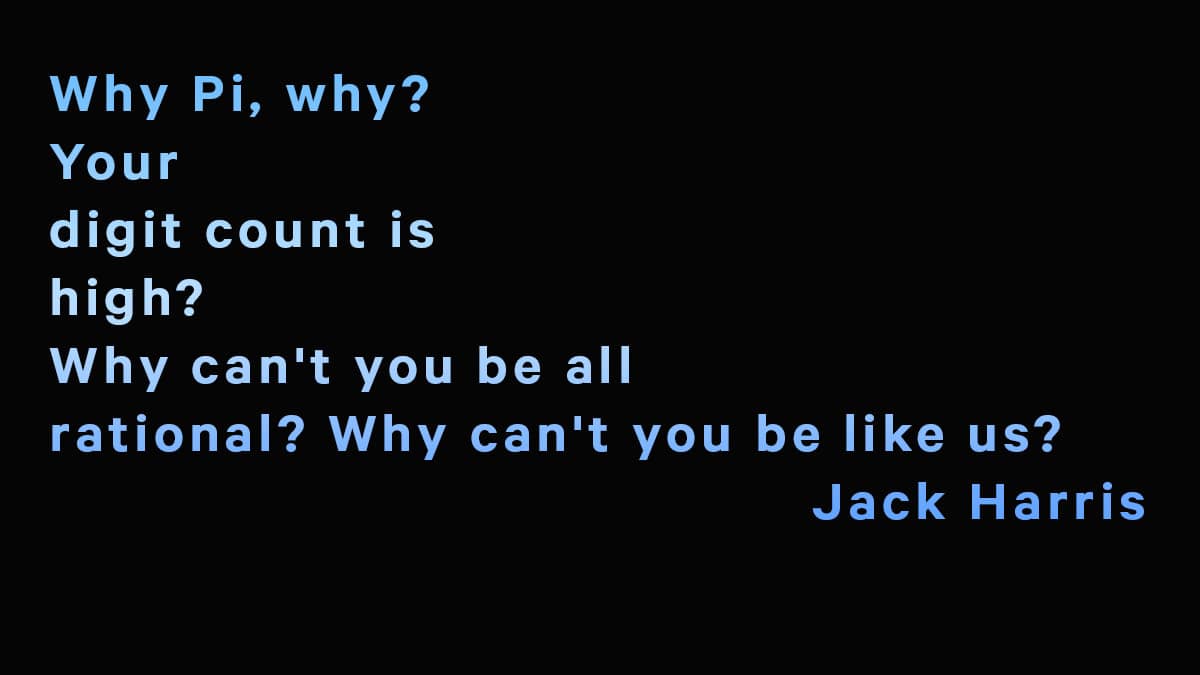 March 14 is International Day of Mathematics – UNESCO declared it so at its 40th General Conference in 2019 – and also Pi Day (that’s the constant Pi, not pie) in the US (where March 14 is written in month/day format – 3.14).

There’s also a Pi Approximation Day, observed on 22 July (22/7 in day/month format), since the fraction 22⁄7 is a common approximation of pi, accurate to two decimal places. And let’s not forget Two Pi Day, also known as Tau Day for the mathematical constant, observed on 28 June (6/28 in month/day format).

Science is
the
way of my life.
It
shows me things that I
have only seen glimpses of before.
Rohan (age 9)

“But I’m from
a
hyperbolic
space
where π can be four!”…
My maths teacher still gave me zero
Michael Hall

Why are we reminding you of this?

On 14 March this year the Royal Institution of Australia (RiAus) decided to celebrate by launching the Cosmos Pi-ku 2021 competition. And now we’re just 25 days from the closing date for entries, of which we’ve already published a few.

To recap: in order to enter, you need to write a Pi-ku: that’s kind of like a haiku, only with more syllables. A haiku in English is generally accepted to be a poem of three lines and 17 syllables arranged in a 5–7–5 pattern.

To enter, write one of more Pi-kus and email them, including your name and a contact telephone number, here.

Entries will be judged for style, originality and alignment with science and Pi.

The top three entries will win a Cosmos digital subscription.

What are you waiting for: get writing.