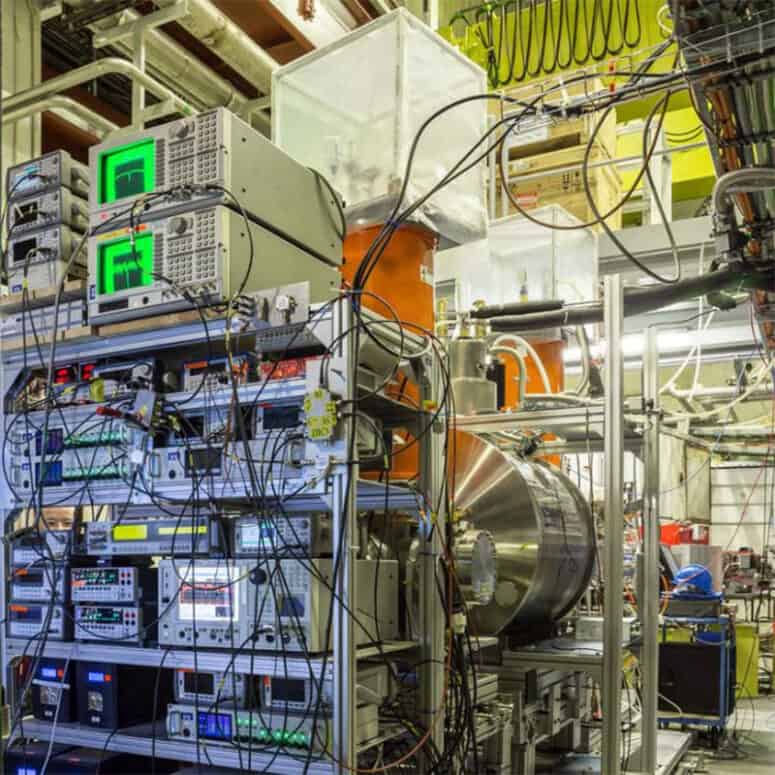 One of the great mysteries of modern physics is why antimatter did not destroy the universe at the beginning of time.

To explain it, physicists suppose there must be some difference between matter and antimatter – apart from electric charge. Whatever that difference is, it’s not in their magnetism, it seems.

Physicists at CERN in Switzerland have made the most precise measurement ever of the magnetic moment of an anti-proton – a number that measures how a particle reacts to magnetic force – and found it to be exactly the same as that of the proton but with opposite sign. The work is described in Nature.

“All of our observations find a complete symmetry between matter and antimatter, which is why the universe should not actually exist,” says Christian Smorra, a physicist at CERN’s Baryon–Antibaryon Symmetry Experiment (BASE) collaboration. “An asymmetry must exist here somewhere but we simply do not understand where the difference is.”

Antimatter is notoriously unstable – any contact with regular matter and it annihilates in a burst of pure energy that is the most efficient reaction known to physics. That’s why it was chosen as the fuel to power the starship Enterprise in Star Trek.

The standard model predicts the Big Bang should have produced equal amounts of matter and antimatter – but that’s a combustive mixture that would have annihilated itself, leaving nothing behind to make galaxies or planets or people.

To explain the mystery, physicists have been playing spot the difference between matter and antimatter – searching for some discrepancy that might explain why matter came to dominate.

So far they’ve performed extremely precise measurements for all sort of properties: mass, electric charge and so on, but no difference has yet been found.

Last year, scientists at CERN’s Antihydrogen Laser PHysics Apparatus (ALPHA) experiment probed an atom of anti-hydrogen with light for the first time, again finding no difference when compared with an atom of hydrogen.

But one property was known only to middling accuracy compared to the others – the magnetic moment of the antiproton.

Ten years ago, Stefan Ulmer and his team at BASE collaboration set themselves the task of trying to measure it.

First they had to develop a way to directly measure the magnetic moment of the regular proton. They did this by trapping individual protons in a magnetic field, and driving quantum jumps in its spin using another magnetic field. This measurement was itself a groundbreaking achievement reported in Nature in 2014.

Next, they had to perform the same measurement on antiprotons – a task made doubly difficult by the fact that antiprotons will immediately annihilate on contact with any matter.

To do it, the team used the coldest and longest-lived antimatter ever created.

After creating the antiprotons in 2015, the team were able to store them for more than a year inside a special chamber about the size and shape of a can of Pringles.

Since no physical container can hold antimatter, physicists use magnetic and electric fields to contain the material in devices called Penning traps.

But by using a combination of two traps, the BASE team made the most perfect antimatter chamber ever – holding the antiprotons for 405 days.

The new measurement is precise to nine significant digits, the equivalent of measuring the circumference of the Earth to within a few centimeters, and 350 times more precise than any previous measurement.

“This result is the culmination of many years of continuous research and development, and the successful completion of one of the most difficult measurements ever performed in a Penning trap instrument,” says Ulmer.

The universe’s greatest game of spot the difference goes on. The next hotly anticipated experiment is over at ALPHA, where CERN scientists are studying the effect of gravity of antimatter – trying to answer the question of whether antimatter might fall ‘up’.