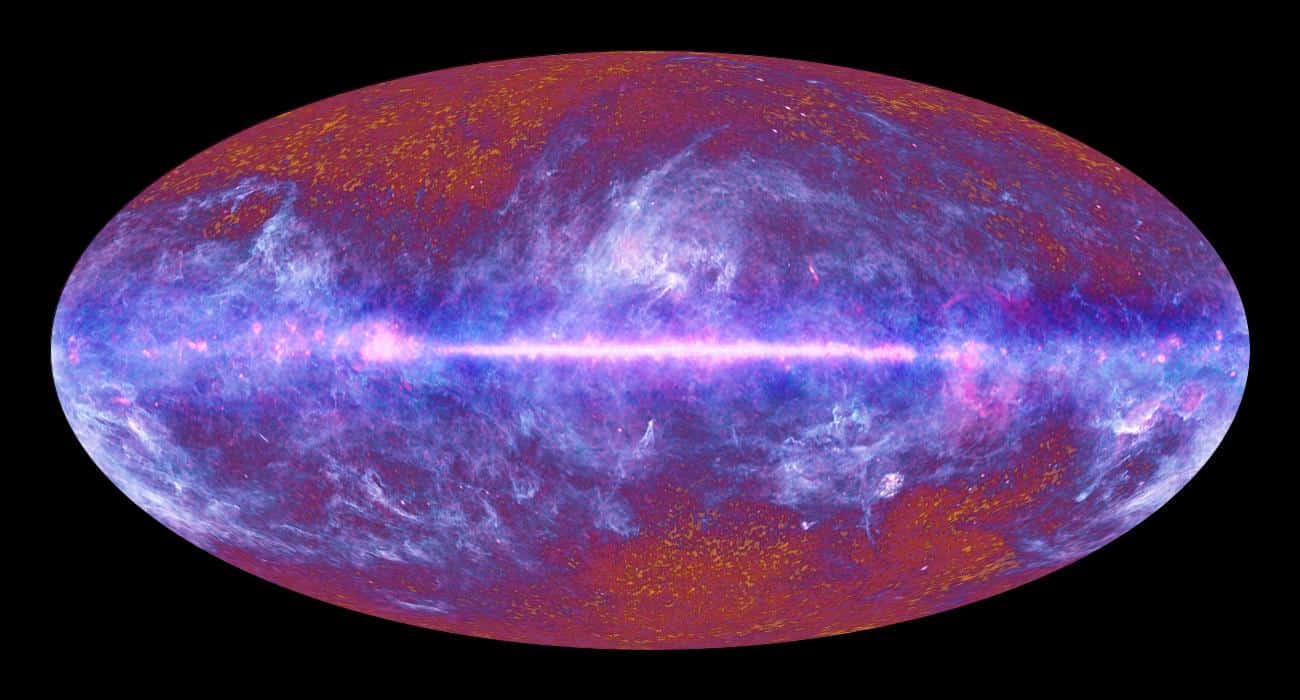 The cosmological constant – an essential part of the complex equations that account for an expanding universe – may not be all that constant, analysis from the University of Portsmouth and the National Astronomical Observatories of China suggests.

More precisely, dark energy, an undefined force regarded as the embodiment of the cosmological constant in models describing the expanding universe, may in fact be dynamic: exhibiting varying energy states over time.

If so – and the upcoming 2018 Dark Energy Spectroscopic Survey planned by the US Department of Energy will be able to settle the matter definitively – the implications for cosmology will be profound.

The possible detection of dynamic properties in dark energy is reported in a paper in the journal Nature Astronomy. The research team was led by Gong-Bo Zhao, who holds dual chairs in Portsmouth and China, and is described by co-author Bob Nichol, director of Portsmouth’s Institute of Cosmology and Gravitation, without irony, as one of the “brightest stars” in the field.

The idea of the cosmological constant was first posited by Albert Einstein, as a way of plugging what he saw as a problem with his general theory of relativity. His calculations predicted that the universe must be either contracting or expanding, while Einstein himself was convinced it was static. He introduced the constant remove this size-changing from his results.

Later he came to see the cosmological constant as his greatest mistake. However, a later generation of cosmologists embraced the idea, not as a way of preventing the universe expanding, but in order to explain why it did, and continues to do so.

The amount of matter in the universe should exert a gravitational force sufficient to slow down the expansion that began with the Big Bang. However, calculations arising from observations of supernovae (the “standard candles” of the cosmos) show no such effect. Indeed, not only in the universe still growing, but the rate at which it is doing so is actually increasing.

Clearly, the observations are missing something. In order to explain the results, cosmologists suggest the existence of an unknown, gravitationally repulsive force that is uniform throughout the universe: dark energy.

The standard current model of the cosmos is known as the Lambda Cold Dark Matter model, in which dark energy is represented by the “lambda” bit. In the equations, dark energy is assigned an “energy of state” of a constant minus one, which means it contributes a fixed amount of expansionary pressure throughout the universe.

Dark energy is not an insignificant component of the model. It is calculated to comprise some 70% of everything in the universe, with dark matter accounting for most of the rest. “Baryonic” matter – planets, stars and all the rest of the obvious bits – accounts for just 5%.

The Lambda Cold Dark Matter model works, with predictions matching observations fairly closely, but the research by Zhao and his colleagues may well represent a significant challenge.

Over the past two years his team have been measuring baryonic acoustic oscillations – periodic fluctuations in the overall density of visible matter – across multiple epochs.

The results are curious. The scientists found that accounting for the changes in the density of visible matter required compensating changes in the state of dark energy, at times taking it above the minus-one value.

The results imply that dark energy is dynamical, and therefore not constant. In their paper, Zhao and his colleagues are quick to state that at present there is not enough data in existence to favour a dynamical dark energy model over the standard Lambda Cold Dark Matter model.

However, the paper concludes, the new calculations revealing dark energy as an inconstant candidate for the cosmological constant work “if the current best-fit dark energy happened to be the true model.”

It is a question that will likely soon be resolved one way or another. The Dark Energy Spectroscopic Survey, which will be conducted by the Mayall 4-m telescope at Kitt Peak in Arizona, will vastly increase the amount of information on dark energy available.

Zhao and his colleagues are hopeful of being able to either confirm or modify their calculations within just a couple of years.

Originally published by Cosmos as Cosmological constant may not be constant