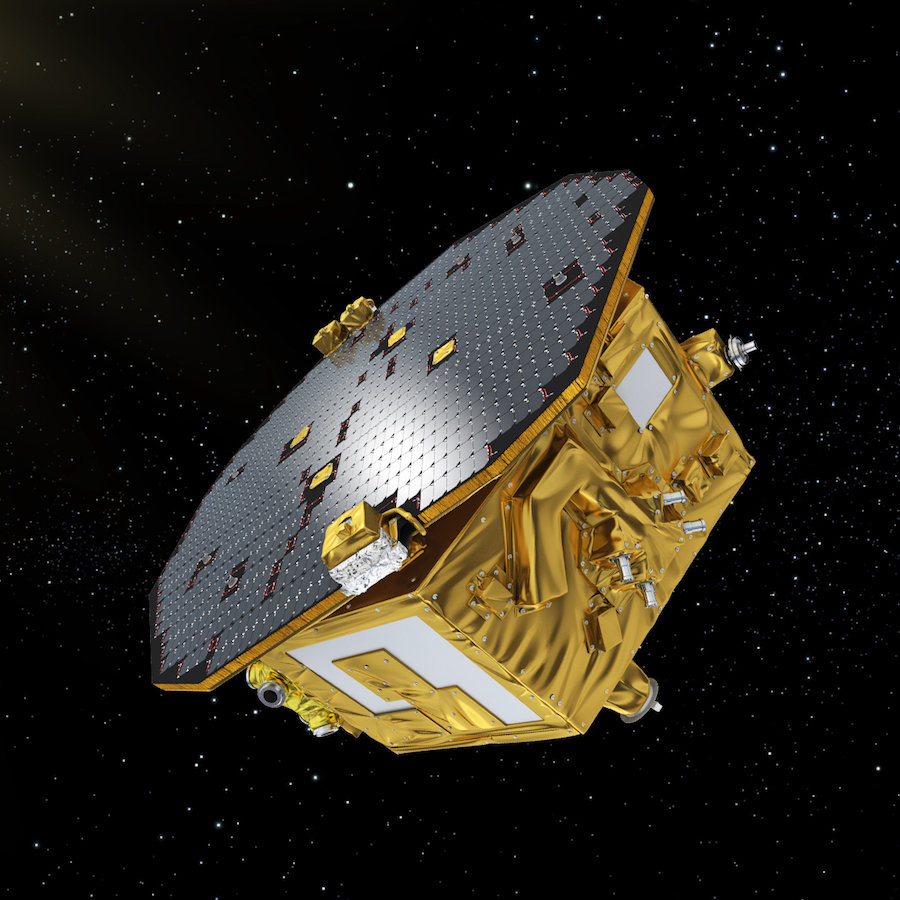 But a detector in space, far from the rumblings of the Earth’s crust or trucks on nearby roads, will be able to pick up much fainter signals – and this is what the LISA mission aims to achieve.

First, though, the LISA Pathfinder must tick all the technology boxes.

Launched in December and lodging in its orbit between the Earth and sun in late January, the LISA Pathfinder sucked all the gas molecules out of its chamber and dropped two gold and platinum cubes into its centre.

A high-resolution laser measured the position of the cubes and fed the information to the craft’s Drag-Free and Attitude Control System, which fired microthrusters to manoeuvre the surrounding spacecraft to fly in formation with and protect the cubes.

This means the cubes floated in what is essentially free-fall – with the rest of the spacecraft “falling” with it – also called drag-free flight. It did so for two months from the start of March.

The LISA mission, should it go ahead, will comprise masses connected by lasers, but over millions of kilometres.

As gravitational waves stretch the space-time between the masses, lasers pinging between them will be ever-so-slightly out of sync – much in the way that the four-kilometre arms of the LIGO stretched last year.

But ground-based observatories, while exceptionally sensitive, are limited to higher frequency gravitational waves of 100 cycles per second or so.

More exotic events, such as the merger of supermassive black holes, each millions or billions of times the mass of the sun, should produce low-frequency waves – perhaps around one cycle per second.

And this is where a space-based LISA detector will excel. “A full-scale observatory with LISA Pathfinder’s performance would achieve essentially all of the science goals,” says LISA Pathfinder team member Ira Thorpe.

The findings were published in Physical Review Letters.