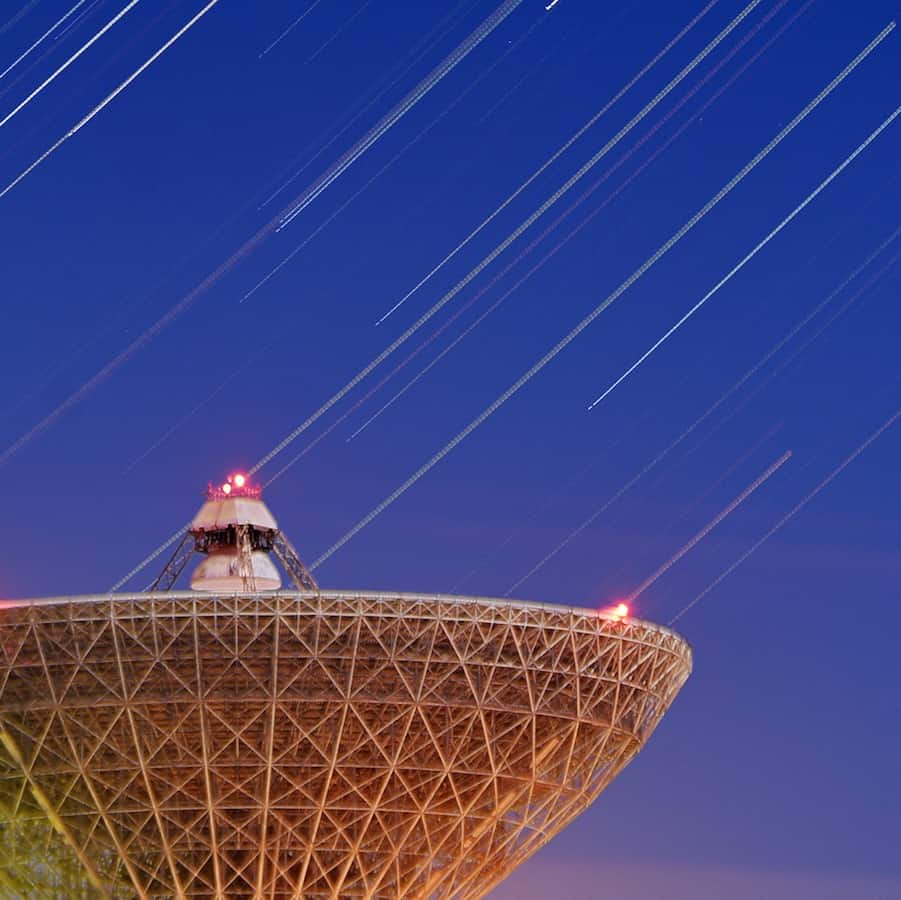 Meteor showers such as the Geminids also contain tiny space rocks sometimes no bigger than a grain of dust that can cause severe mechanical damage to satellites. Credit: Yuri Smityuk/Getty Images

The cause of several mysterious satellite failures may have been discovered, if simulations carried out at Stanford University in California hold firm in physical space.

The simulations, published in the journal Physics of Plasmas, promise an answer to a question bothering lead author, aeronautics professor Sigrid Close, for more than seven years.

Everyone in the space business has long recognised that meteoroids – tiny space rocks sometimes no bigger than a grain of dust – can cause severe mechanical damage when they smash into a satellite.

Looking at the records of satellite collision reports, however, Close realised a small number seemed to result in electrical rather than mechanical damage. This meant – logically – the satellites must have encountered another source of electricity. What, she wondered, could that be?

In 2010 she and colleagues published a paper in the Journal of Geophysical Research proposing tiny meteoroids as the electrical source. At the moment of impact, they suggested, the colliding particle and immediate part of the satellite became ionised, resulting in plasma that produced a strong electromagnetic pulse “potentially causing catastrophic damage”.

The theory was intriguing but the realities of accurately measuring and recording what happens when a grain of sand smacks into an object 36,000 kilometres above the ground were nothing if not daunting.

The modelling shows that when a tiny space grain hits a satellite the resulting plasma expands into the surrounding vacuum. The different ions and electrons thus liberated travel at different speeds, creating radio frequency emissions.

Using a tool previously developed that modelled the solid and fluid dynamics of a meteoroid impact, the scientists were able to simultaneously model plasma spread and the electromagnetic field created.

They discovered that when a tiny particle hits a hard surface at high speed it vapourises and ionises the target, releasing a cloud of plasma, dust and gas. As the plasma expands its density plummets until it is spread out so far that its subatomic components no longer collide with each other.

In this state, the electrons move faster than the ions, producing a charge separation that generates the radiation.

The results of the simulation represent a partial validation of Close’s 2010 hypothesis, through she and her colleagues acknowledge the values derived are lower than those detected by other experimental approaches.

“More than half of electrical failures are unexplained because it’s very hard to do diagnostics on a satellite that fails in orbit,” explains co-author Alex Fletcher. “We believe we can attribute some of these failures to this mechanism.”