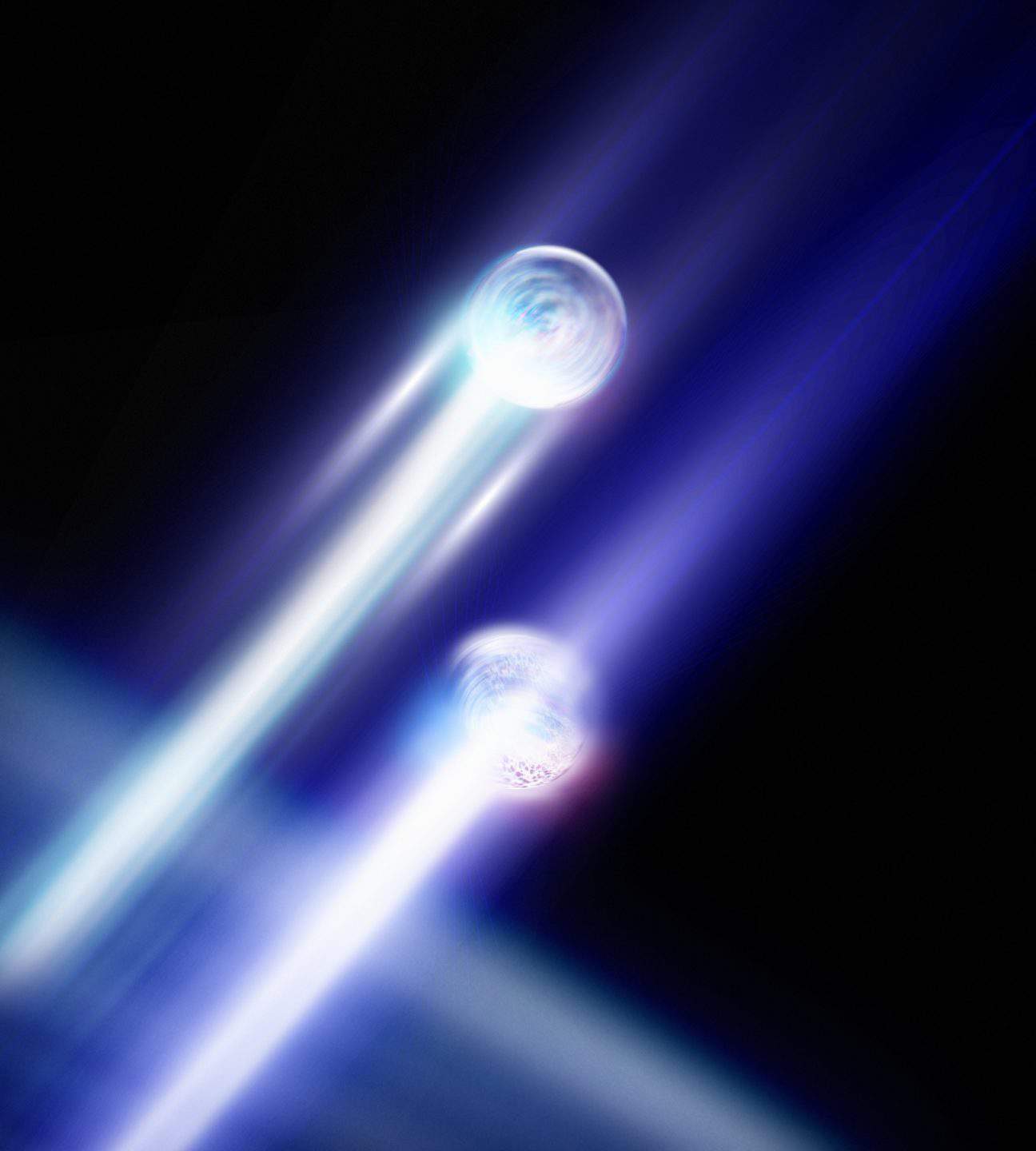 For the first time, scientists have succeeded in measuring the strength of the weak nuclear force operating between a single proton and a single electron.

The measurement, reported in the journal Nature, bolsters the Standard Model of particle physics and is likely to narrow the options in the ongoing search for as-yet-undiscovered new types of particles and forces.

When the Higgs boson was at last observed in 2012, it completed the range of particles predicted by the Standard Model, and further underpinned its claim to be the best available description of fundamental physics.

Good though it is, however, the model has several widely acknowledged failings, including its inability to account for dark matter, dark energy, gravity and matter-antimatter asymmetry. {%recommended 3857%}

This has led many physicists to suggest that there exist other fundamental particles that have not yet been detected. Searches for these hypothetical entities – leptoquarks, for instance – are carried out at accelerators such as CERN, but have so far been unsuccessful.

That doesn’t necessarily mean that such particles don’t exist, of course. The null results could equally be because the accelerators are not powerful enough, the detecting instruments not sensitive enough, or that the force predicted for the missing particle is out by such a degree that it goes unnoticed because scientists aren’t looking in the right place.

This last issue can be tackled in another manner – by making ultra-precise observations of interactions between known particles in the Standard Model. The results of these exercises in turn reveal ever more constrained possible values for hypothetical additional particles, setting up boundaries for more targeted hunts.

This is the approach followed by scores of physicists from universities in the US, Canada, Croatia and Australia, who collectively form the Jefferson Lab Q-weak Collaboration.

To make their finding, the researchers faced a challenge. A proton’s electric charge governs the strength of the electromagnetic force that acts upon it – and this is much, much larger than that of the weak nuclear force that acts between it and an electron.

To overcome the problem, the scientists set up an experiment to measure the variation in the scattering rate of two types of electron – ones spinning parallel to its direction of motion, and ones spinning in the opposite direction – when bounced off target protons.

The difference between the two types turned out to be less than 300 in every billion electrons. From this asymmetry, the researchers were able to calculate the strength of the weak nuclear force much more precisely than ever before – producing some food for thought for scientists at CERN and elsewhere.

“From our understanding of the standard model of particle physics, the value of the weak charge of the proton is predicted quite precisely theoretically,” says co-athor Ross Young, from the University of Adelaide.

“The new measurements therefore act to test this theory. If the measurement had deviated from the prediction, it would be a strong signature for a new type of as-yet unknown force that is acting between fundamental particles.

“Given that we found excellent agreement with the theoretical expectations, this places new bounds on the types of new forces that may exist in nature.”

Originally published by Cosmos as Revealed: the weak charge of a proton