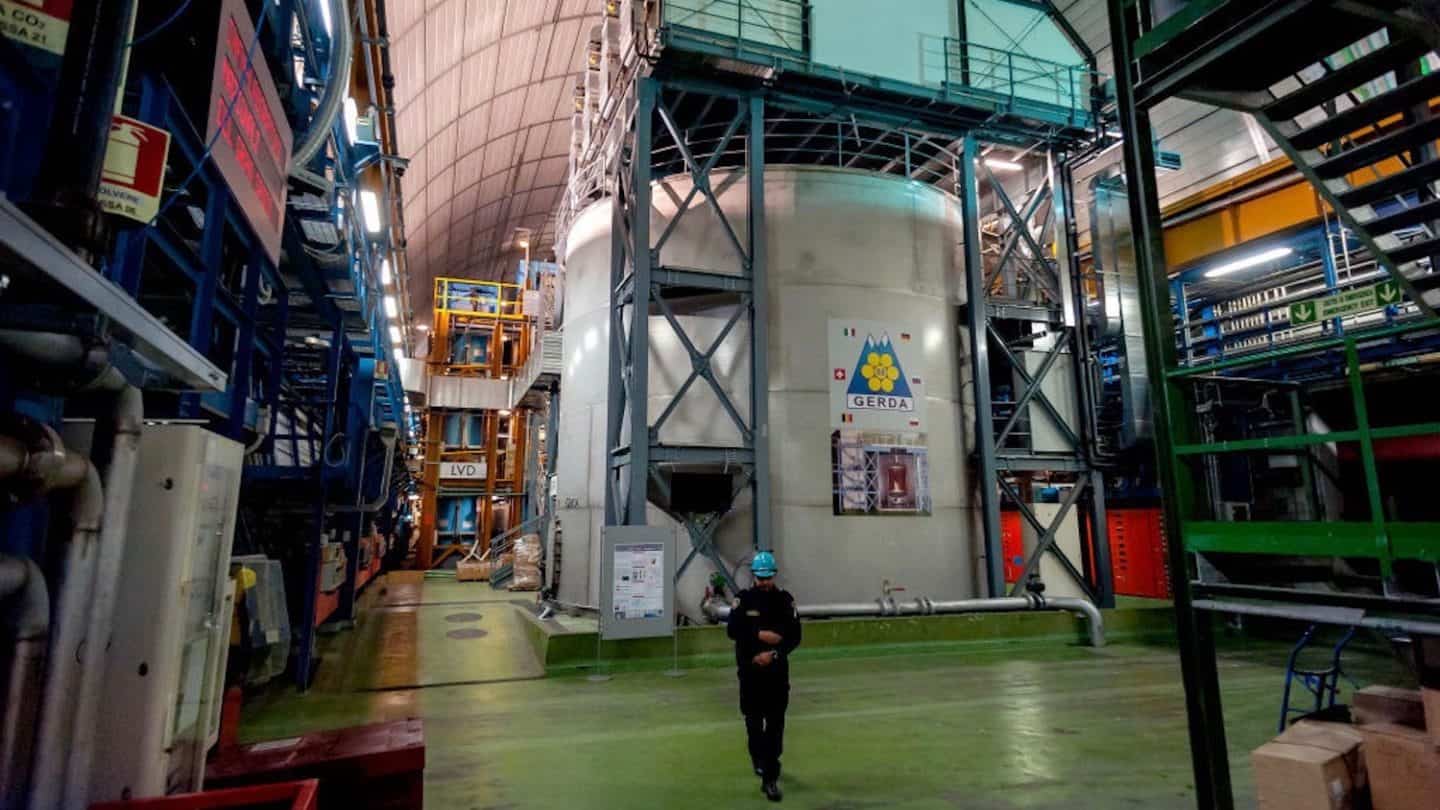 A dark-matter detector buried under 1500 metres of Italian mountain has recorded what is arguably the most uncommon phenomenon in the universe – the decay of a Xenon-124 atom.

All radioactive matter is measured by what is commonly called a “half-life”, which is defined as the time taken for half the radioactive atoms in any given sample to decay away.

Half-lives vary wildly, depending on the elements involved. Flerovium-289, for instance, has a half-life of just 2.6 seconds, while plutonium-239 takes 24,110 years to lose 50% of its load.

And although 24,000 years is a very long period of time – and one of the reasons the use of plutonium to generate electricity is viewed with caution – it is nothing, it turns out, compared to Xenon-124.

Italy’s Laboratori Nazionali del Gran Sasso (LNGS), deep beneath the Gran Sasso mountains, is a dark-matter detector that comprises a cylindrical tank filed with 3200 kilograms of liquid xenon at a temperature of minus-95 degrees Celsius.

The detector is completely sealed off from any possible radioactive interference, meaning that should a dark-matter particle ever crash into it the tiny signal generated will be clear and unambiguous.

Thus far, it has never happened.

However, researchers led by Christian Weinheimer of Germany’s University of Münster recently achieved some sort of consolation prize when they observed the decay of a Xenon-124 atom.

This occurred through a process called double electron capture. A Xenon-124 nucleus comprises 54 protons and 70 neutrons, which are surrounded by several shells made of negatively charged electrons.

Weinheimer and colleagues observed two protons in one such nucleus bond with a pair of electrons, which made the newly paired particles transform into neutrons, releasing two neutrinos as a result. The remaining electrons – now missing a couple – rearranged, emitting x-rays in the process.

The atom had decayed. It is a process the researchers have now recorded 126 times in the past two years – making it a very rare event indeed, given just how many Xenon-124 atoms comprise 3200 litres of the stuff.

How rare? Weinheimer and colleagues calculate the half-life of Xenon-124 to be 1.8 x 1022  years – or several trillion years longer than the universe has existed.

The findings are contained in a paper in the journal Nature.

Originally published by Cosmos as The rarest event in the universe