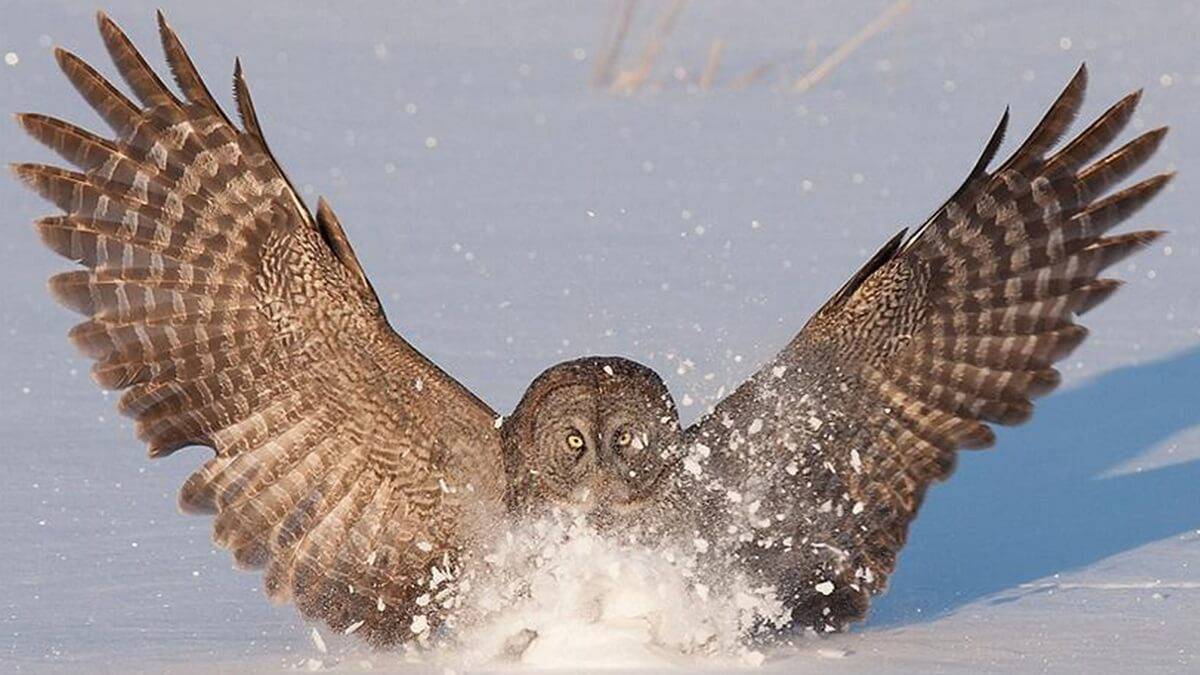 The shape of owl wings, which help the animals fly quietly, can inform airfoil designs. Credit: Wang and Liu
More on:
bionic

Trailing-edge noise is the greatest source of sound from the rotating aeronautical and turbine engines found in aeroplanes, drones and wind turbines – and suppressing this noise pollution is a major environmental goal for some urban areas.

New research, published in Physics of Fluids, used characteristics of the exceedingly quiet wings of owls to inform the design of aerofoils – the shape of an object whose motion through a gas generates significant lift (a wing or blade of a propeller, for example). Researchers found that this design significantly reduced trailing-edge noise.

“Nocturnal owls produce about 18 decibels less noise than other birds at similar flight speeds due to their unique wing configuration,” says Professor Xiao Min Liu, from the School of Energy and Power Engineering at Xi’an Jiaotong University in China.

“Moreover, when the owl catches prey, the shape of the wings is also constantly changing, so the study of the wing-edge configuration during owl flight is of great significance.”

The trailing-edge noise is produced as airflow passing along an aerofoil forms turbulent layers along its upper and lower surfaces. When this layer of air flows back through to combine at the trailing edge (the back end of the aero foil) it creates and radiates noise.

The researchers used noise calculation and analysis software to study simplified aerofoils with characteristics reminiscent of owl wings. Applying these borrowed designs, they were able to suppress the noise of rotating machinery in real-life applications.

They optimised the shape of the trailing-edge by introducing serrations like those found on owl wings (instead of keeping it smooth), which improved the flow conditions around it and consequently suppressed the amount of noise being produced.

These new structures are important because, according to Liu, while the blade designs of modern turbines are highly sophisticated, the accompanying noise reduction technology isn’t similarly up to scratch.

“At present, the blade design of rotating turbomachinery has gradually matured, but the noise-reduction technology is still at a bottleneck,” says Liu. “The noise reduction capabilities of conventional sawtooth structures are limited, and some new non-smooth trailing-edge structures need to be proposed and developed to further tap the potential of bionic noise reduction.”

The researchers believe that this work will serve as an essential guide for the design of future aerofoils and in noise control for micro-aircraft and fluid machinery. However, they emphasise that noise reduction was found to vary with different operating conditions – so aerofoil designs need to be further evaluated based on each specific application.