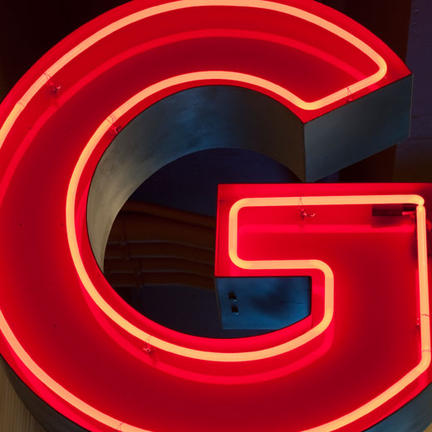 More than 300 years after Sir Isaac Newton first grappled with calculating the strength of gravity, measurements continue to produce inexplicably different values. As a workaround, physicists have calculated an “official value” from the average of previous measurements. The latest attempt to measure gravity’s strength has produced another confounding result. Undeterred, physicists have decided that collaboration is the answer.

In the early 1680s Newton realised the force pulling apples from trees was the same one holding the Earth in orbit around the Sun, but he didn’t know the strength of this “new” force called gravity. As a placeholder in his calculations he introduced an unknown constant, G, to represent it.

“Big G”, as present-day physicists affectionately call it, is one of the most important, yet finicky, numbers in astrophysics. Its value influences everything from the formation of galaxies to the rate of expansion of the Universe.

“The problem with measuring Big G is that, at the planetary scale, the forces are enormous, but the gravitational attraction between two laboratory-sized masses is tiny,” says Terry Quinn, former director of the International Bureau of Weights and Measures.

Gravity is weaker than the electric force – the attraction that holds a negatively charged electron in orbit around the positively charged nucleus in an atom – by a factor of about 1040. That discrepancy is similar to the one between the sizes of an atomic nucleus and the whole of the observable universe. In the lab, a measurement of the strength of gravity must be free of any trace of stray electrical forces. It also has to account for the enormous influence of Earth’s gravity, as well as the influence of the Sun, Moon, and many other factors.

These constraints mean that Big G experiments can take 10 years to establish. “It’s one of the questions my wife is always asking,” says Quinn, who has led two previous efforts to measure Big G. “Why does it take so long?”

The usual lab set-up is to take two macroscopic objects with known masses, such as two spheres of metal, and to measure the attractive pull between them using a specially designed and highly precise balance. In the latest experiment, reported in Nature, physicists calculated Big G by measuring the gravitational attraction between individual atoms of the element rubidium. “Our measurement of G was performed, for the first time, using a microscopic probe rather than macroscopic objects,” says Guglielmo Tino of the University of Florence, who led the research.

In Tino’s sophisticated experiment, his group first isolated and cooled a collection of rubidium atoms to just a few degrees above absolute zero. Then, from below, they pointed a laser beam at the cold atoms to launch them up a tube. As the fountain of atoms rose and then fell, the group used heavy blocks of metal placed around the tube to alter the atoms’ speeds. By recording how the metal blocks, by virtue of their gravity, affected the atoms’ velocities Tino’s group could calculate Big G.

The resulting set-up was so sensitive, says Tino, it had to be operated by remote control otherwise the measurement could be skewed by the gravitational attraction of the scientists in the room.

The experiment is quite a feat, says Stephan Schlamminger of the National Institute of Standards and Technology in the US. “I find it totally amazing that you can measure gravity, which is a macroscopic force, with a tiny little rubidium atom,” he says.

The disagreement between measurements of Big G has prompted some physicists to propose radical explanations whereby the gravitational constant is not so constant. Some suggest it could fluctuate from day to day, or over short distances, such as the few centimetres separating objects in the lab.

For Quinn and most other physicists, however, the likely explanation is much simpler: it is tied to the actual experiments and to measuring something so weak. Somehow we are making systematic errors we don’t know about, he thinks. “But these experiments are so subtle, it’s very difficult to see what the error would be.”

To address the problem, Quinn recently arranged a meeting of the Royal Society in the UK entitled “The Newtonian Constant of Gravitation, a Constant Too Difficult to Measure?” The attendees, including Tino and Schlamminger, agreed to collaborate to perform a single measurement in a way that uses everybody’s experience. They will meet again in the US in October to start planning the details of the joint measurement.

Big G is hugely important for cosmology and for modelling the Universe, but it doesn’t have any practical benefits here on Earth. Not knowing Big G with perfect precision didn’t stop us putting a man on the Moon, or from plotting the paths of satellites, Schlamminger says. He also notes that the lack of an economic driver is slowing down research: “You can’t make money out of a precise knowledge of the gravitational constant.”

Big G is the Mount Everest of metrology (the study of measurement) – it is the supreme difficulty of the challenge that makes the pursuit itself worthwhile, Schlamminger says. For Quinn too, the main reason to measure Big G is because we currently cannot. “It’s an area of experimental physics that we can’t get right and we need to know why,” he says. “That’s an important reason to pursue this.”

Originally published by Cosmos as Measuring gravity: Have we finally cracked it?