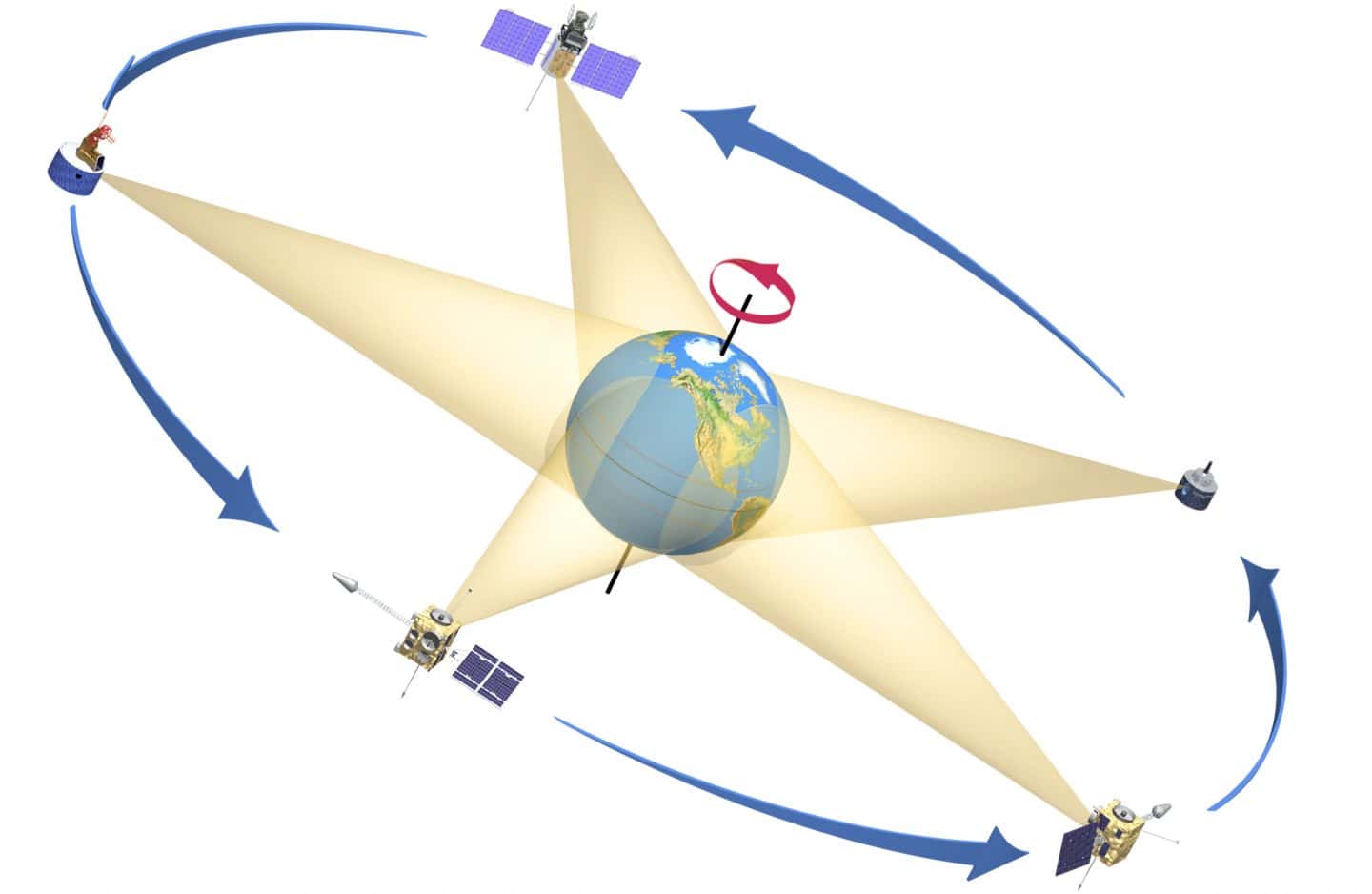 Anyone hoping that the frustratingly counterintuitive nature of the quantum realm was about to become less inexplicable, brace yourself: the wave-particle duality of light is still as baffling as ever.

This is confirmed by new research in which scientists fired photons thousands of kilometres into space, bounced them off a fast moving satellite, and watched which of their two possible forms they assumed on return.

That light behaves as both a particle and a wave has been known since the 1920s, when experiments demonstrated that light entering a plate with two vertical slits would show a classical interference pattern with itself when it reached a screen behind the plate, exactly as one would expect if light were a wave.

The problem was that if individual detectors were placed at the slits, experimenters found that a single photon would enter one slit but not the other, thereby behaving like a particle. Furthermore, light thus measured would not show an interference pattern.

That light seemed to know what experimenters were doing and change its behaviour accordingly is one of the many unsettling conclusions of quantum physics – but it gets weirder with the idea that light somehow makes its decision retroactively.

The late American physicist John Wheeler first posited what became known as the “delayed choice” experiment as part of a series of thought experiments he began publishing in 1978. His Gedankenexperiments went one step further than the classical double slit. The photons were not observed going through the plate, but instead were measured afterwards.

He theorised that they would still behave as particles, despite not “knowing” they were being measured until after passing through the plate. Experiments conducted in 2007 by French scientists confirmed this was precisely what happened.

An even more ambitious thought experiment used light from a distant quasar being gravitationally lensed through gravity, raising the notion that a photon “chose” to behave either as a particle or wave based on the actions of an experiment carried out many millions of years after it was created.

And this peculiar time-bending behaviour was confirmed in a paper published this week in Science Advances.{%recommended 4823%}

An Italian team led by Francesco Vedovato from the Università degli Studi di Padova performed an elegant variation of Wheeler’s original concept by firing a pulsed laser into a beam splitter which directed the light to satellites in low Earth orbit. These reflected the light back to Earth, with the choice to activate a second beam splitter made by the team while the light was in transit – much like the light from Wheeler’s hypothetical quasar.

The result from the ground stations was exactly as predicted: the light exhibited either wave-like or particle-like behaviour depending on the actions of the observers. And while low Earth orbit is not exactly the vast distances proposed by Wheeler, it appears to confirm that the quantum universe still behaves in disturbingly weird ways.

Vedovato and his colleagues see exciting practical applications arising from the realisation of Wheeler’s thought experiment on such a large scale. Although they experienced quite a high level of photon loss because of the distance and complexities of the journey, the findings, they write, open the door for further “applications of quantum mechanics involving hyper-entangled states, around the planet and beyond.”

Originally published by Cosmos as Light bounced off satellites