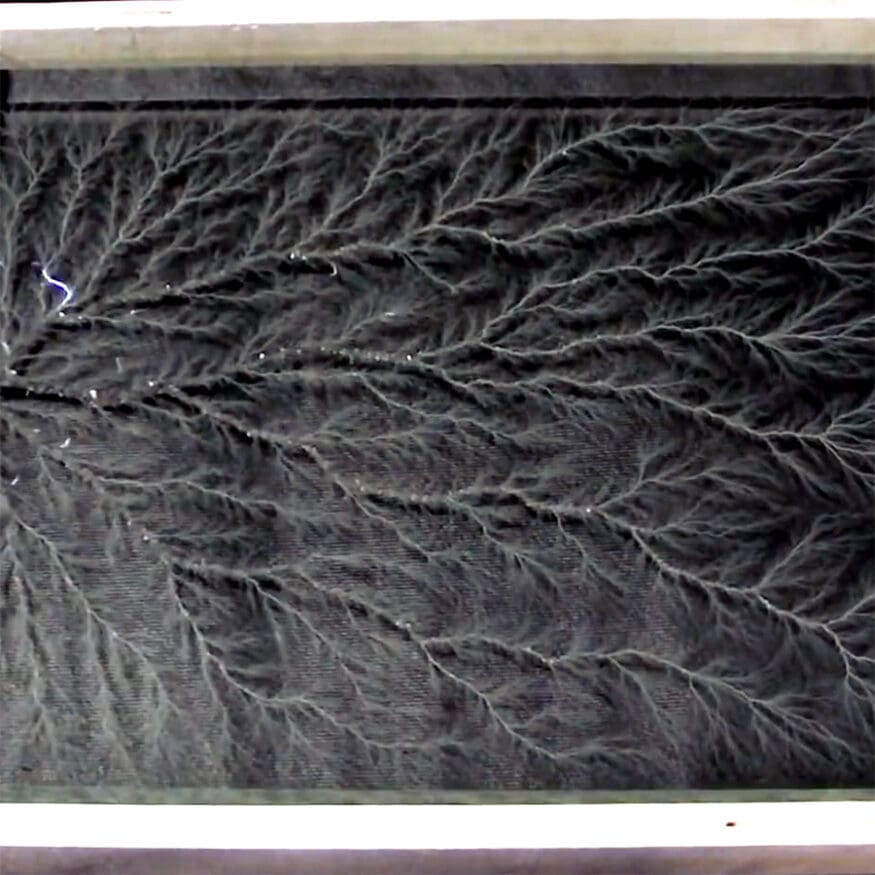 A brilliant flash of light followed by the rumble of thunder: a bolt of lightning has struck, carrying billons of joules of energy between ground and sky in a matter of microseconds and tracing its characteristic forked paths of light in the heavens.

In 1777, German physicist Georg Christoph Lichtenberg discovered a way to “trap” lightning to produce mesmerising imagery, albeit on a much smaller scale than nature’s enormous canvas.

Lichtenberg found that if he put a large amount of electrical charge onto a material that does not allow electrical current to flow (an insulator), when the charge was released it would produce spectacular branching patterns. These could be visualised using electrically charged powders.

Since then the concept has been refined and adapted for artistic purposes, leading to the process that you can see in the video above.

An electron beam is used to inject trillions of energised electrons into a piece of insulating acrylic. Millions of volts course through the material.

These electrons want to do one thing: escape. Their opportunity comes when someone hits the slab with a spike of conductive metal, allowing the electrons to leave their prison. They don’t go quietly, creating tree-like structures of tiny cracks and fractures in the plastic as they head for freedom.

Like lightning, it happens in a flash, but the show isn’t quite over. Small pockets of residual charge arc across the branches of the tree creating a mini-electrical storm for up to half an hour after.

Originally published by Cosmos as How to catch lightning