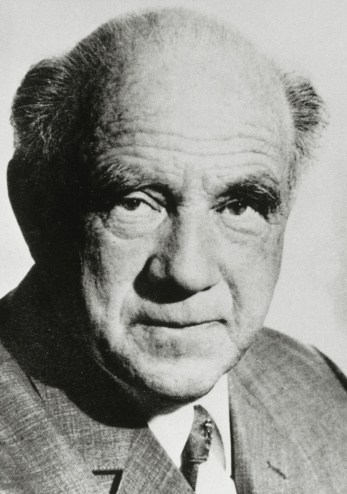 Physicist Werner Heisenberg: his discovery can't be defeated, but it can be dodged. Credit: Getty Images

Since it was first formulated in 1927, little in physics has been more certain than Heisenberg’s uncertainty principle.

Named after German scientist Werner Heisenberg, the principle demonstrates that on a quantum level there is a limit to the precision with which complementary properties can be measured. If you plot the angle of an electron, for instance, you can’t then also measure its amplitude, or rate of spin.

The uncertainty principle is truly fundamental. It is often confused with the “observer effect” that also bedevils the quantum world, wherein certain properties of a quantum set-up collapse as a consequence of measurements being taken. Heisenberg’s formula operates in every wave-system, even when no-one is looking.

This week, however, a team led by Giorgio Colangelo of the Barcelona Institute of Science and Technology demonstrated that while uncertainty can’t be avoided, it can be out-flanked.

In a paper published in Nature, Colangelo and colleagues show that it is possible to “direct” the uncertainty that arises from measuring one property of a neutron or electron into another that doesn’t require attention – thus permitting near-perfect measurement of a third.

To put it bluntly: it turns out that it is, after all, possible to measure both the amplitude and the angle of an electron, as long as you don’t care about its elevation.

Colangelo’s team worked on the basis that an electron has two angles of spin, rather than one. The first – the one for which precision would be useful – aligns with the points of the compass. The second aligns with the horizon, and is irrelevant in terms of how it adds complementary information to knowledge of the electron’s angle, the initial property measured.

To test the idea, the scientists first cooled a small cloud of atoms to just above zero degrees Kelvin. They then applied a magnetic field to induce spin (the same principle an MRI machine uses) and pointed a laser at it to measure it.

“By directing the quantum measurement back-action almost entirely into an unmeasured spin component,” they write in Nature, they enabled “simultaneous precise knowledge of spin angle and spin amplitude”.

In doing so, they didn’t violate Heisenberg – an impossible task, anyway – but they did evade it.

Describing the result, team member Morgan Mitchell of the Institute of Photonic Sciences in Spain opts for a pop culture reference.

“To scientists, the uncertainty principle is very frustrating – we’d like to know everything, but Heisenberg says we can’t,” he says.

“In this case, though, we found a way to know everything that matters to us. It’s like the Rolling Stones song: you can’t always get what you want / but if you try sometimes you just might find / you get what you need.”

Before the experiment could be conducted, the team had to design and build several pieces of brand new equipment.

These will eventually function as prototypes for refinements in technology currently used in medical imaging, atomic clocks, geophysics and nanotech – all fields that daily confront the obscuring effects of Heisenberg’s child.