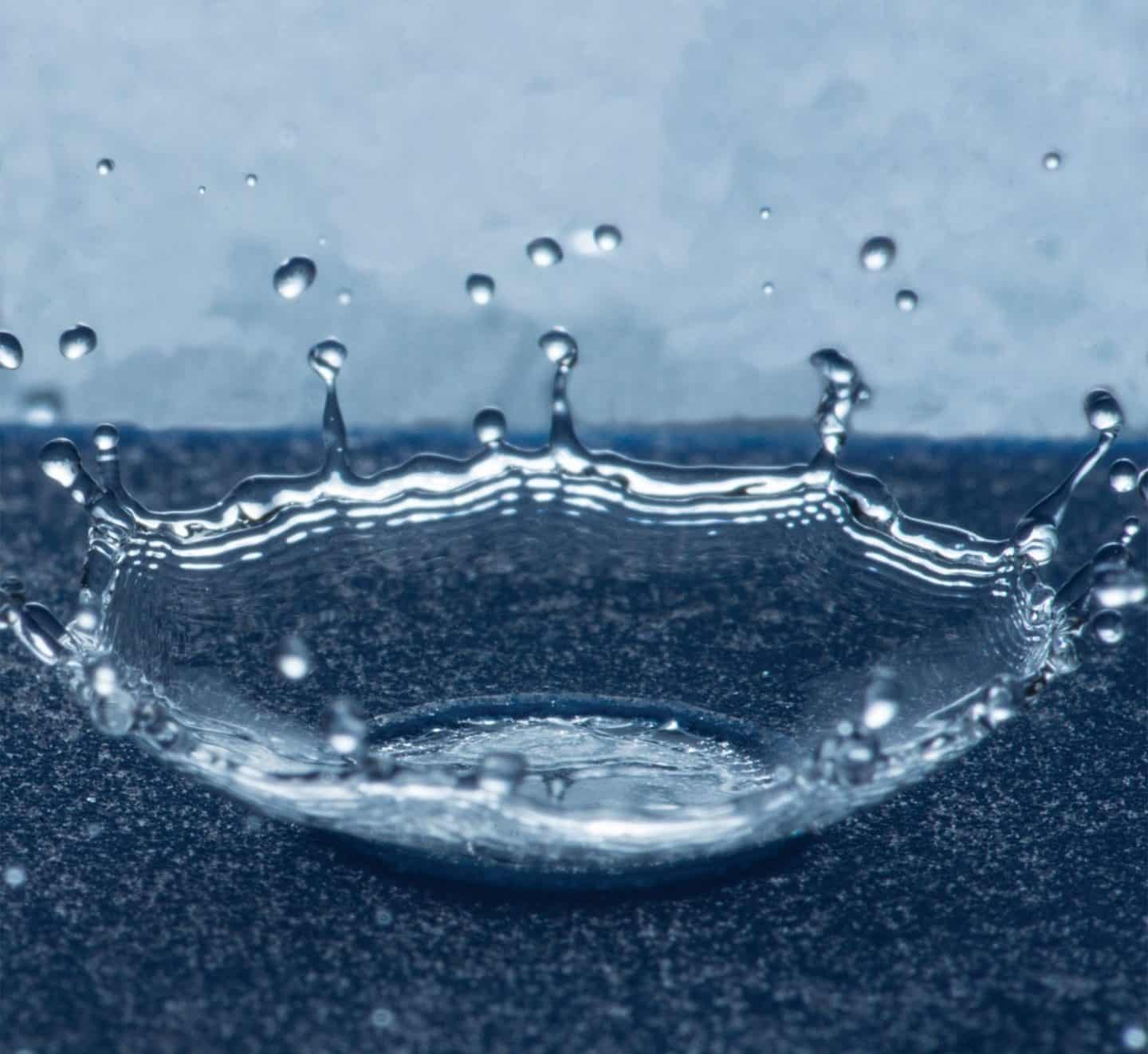 Engineers at Massachusetts Institute of Technology have demonstrated a new approach to minimising the contact between droplets of liquid and the surfaces they hit.

That’s important in a number of situations – from keeping ice from building up on an airplane wing, to preventing heat loss from a surface during rainfall, or stopping salt build-up on surfaces exposed to ocean spray.

The aim is to make the droplets bounce away as fast as possible.

Previous attempts have looked to minimise the amount of time the droplet spends in contact with the surface. The new method, as described by Henri-Louis Girard and colleagues in the journal ACS Nano, instead focuses on the spatial extent of the contact: trying to minimise how far a droplet spreads out before bouncing away.

The key to the process, they explain, is creating a series of raised ring shapes on the material’s surface, which cause the falling droplet to splash upward in a bowl-shaped pattern instead of flowing out flat across the surface.

Originally published by Cosmos as Going for the bounce