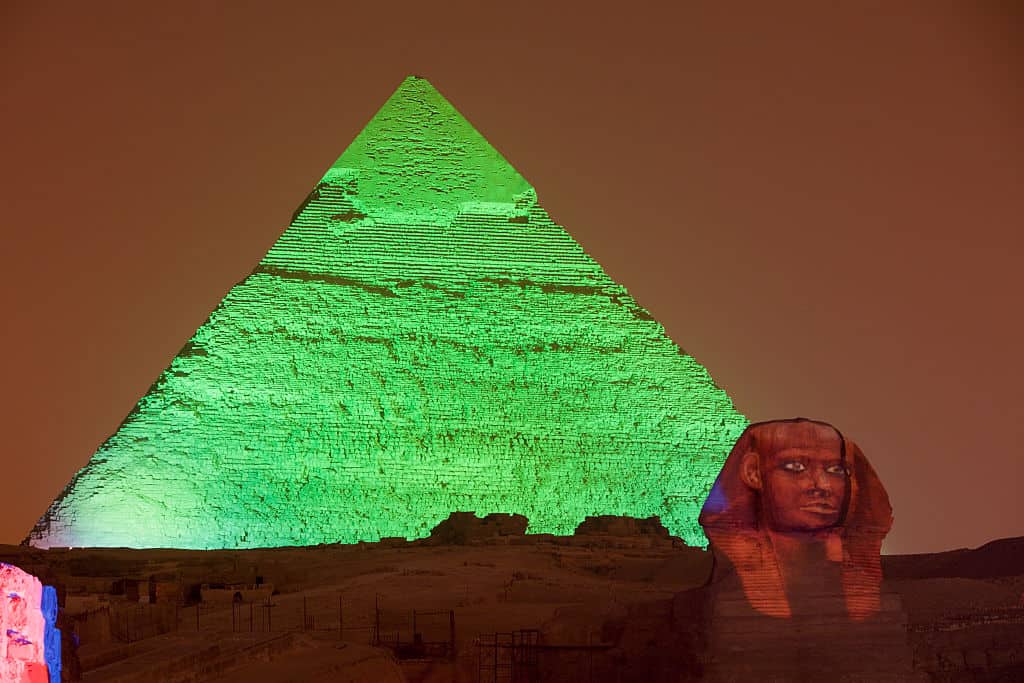 It sounds like something from a New Age magazine, but it happens to be true: scientists have harnessed the power of cosmic rays to reveal a huge hidden chamber inside an Egyptian pyramid.

In a paper published in the journal Nature, a team led by Kunihiro Morishima of Nagoya University in Japan reveals the discovery of a formerly unknown large chamber, at least 30 metres across, above the Grand Gallery inside the pyramid of Khufu in Giza.

The pyramid – sometimes known as the pyramid of Cheops – was built between 2509 and 2483 BCE and stands 147 metres high. It is the oldest of the Seven Wonders of the World, and the only one still largely intact.

The chamber is the first substantial new structure discovered inside it since the nineteenth century.

To make their findings, researchers from Nagoya University, Japan’s High Energy Research Organisation (known as KEK), and France’s Institute of Research into the Fundamental Laws of the Universe used muon radiography. Muons are by-products of cosmic rays and are only partially absorbed by stone.

The scattering of the muons was recorded on an extremely sensitive photographic medium known as nuclear emulsion film, which had been positioned in the Queen’s chamber, inside the pyramid.

Another type of particle detector, called a scintillator hodoscope, was also set up in the chamber. It too recorded the passage of the muons.

A third team set up gas detectors outside the structure, and gathered still more particle data.

The researchers write that therefore the new chamber has been “detected with a high confidence by three different muon detection technologies and three independent analyses.”

They add that the discovery, which has been dubbed the ScanPyramids Big Void, represents a major breakthrough in the understanding of Khufu’s pyramid, and demonstrates “how modern particle physics can shed new light on the world’s archaeological heritage”.

At present, neither the particle physicists nor the world’s Egyptologists have any idea just what purpose the Big Void filled, nor what artefacts, if any, maybe sealed inside it.

For the moment at least, speculative answers to those questions remain the province of the New Age press.