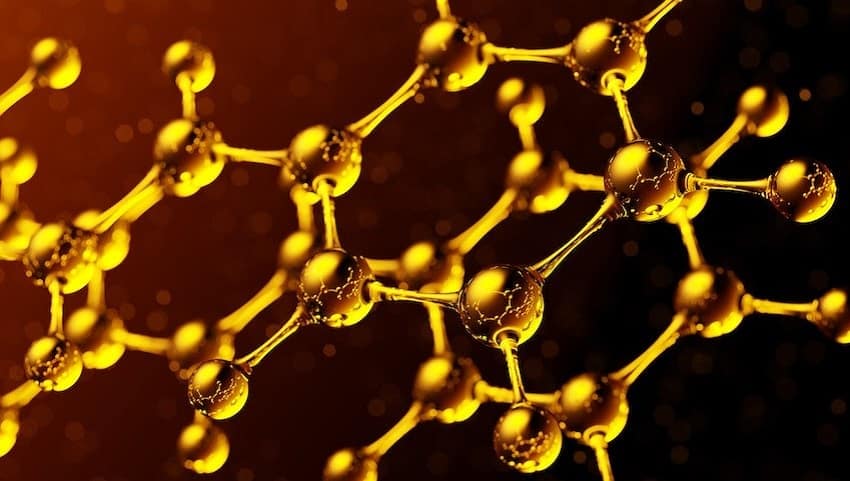 One of the fundamental mysteries of chemistry has been solved by Australian scientists – and the result may have implications for future designs of solar cells, organic light-emitting diodes and other next gen technologies.

Ever since the 1930s debate has raged inside chemistry circles concerning the structure of benzene. It is a debate that in recent years has taken on added urgency, because benzene – comprising six carbon atoms matched with six hydrogen atoms – is the smallest molecule that can be used in the production of opto-electronic materials, which are revolutionising renewable energy and telecommunications tech.

It is also a component of DNA, proteins, wood and petroleum.

The controversy around the structure of the molecule arises because although it has few atomic components it exists in a state comprising not just four dimensions – like our everyday “big” world – but 126.

Measuring a system that complex – and tiny – has until now proved impossible, meaning that the precise behaviour of benzene electrons could not be discovered. And that represented a problem, because without that information, the stability of the molecule in tech applications could never be wholly understood.

Now, however, scientists led by Timothy Schmidt from the ARC Centre of Excellence in Exciton Science and UNSW Sydney have succeeded in unravelling the mystery – and the results came as a surprise. They have now been published in the journal Nature Communications.

Professor Schmidt, with colleagues from UNSW and CSIRO’s Data61, applied a complex algorithm-based method called dynamic Voronoi Metropolis sampling (DVMS) to benzene molecules in order to map their wavefunctions across all 126 dimensions.

Key to unravelling the complex problem was a new mathematical algorithm developed by co-author Dr Phil Kilby from CSIRO’s Data61. The algorithm allows the scientist to partition the dimensional space into equivalent “tiles”, each corresponding to a permutation of electron positions.

Of particular interest to the scientists was understanding the “spin” of the electrons. All electrons have spin – it is the property that produces magnetism, among other fundamental forces – but how they interact with each other is at the base of a wide range of technologies, from light-emitting diodes to quantum computing.

“What we found was very surprising,” said Professor Schmidt. “The electrons with what’s known as up-spin double bonded, while those with down-spin remained single.

“That wasn’t what we were expecting, but it could be good news for future technological applications. Essentially it reduces the energy of the molecule, making it more stable, by getting electrons, which repel each other, out of each other’s way.”

Co-author Phil Kilby from Data61 added: “Although developed for this chemistry context, the algorithm we developed, for ‘matching with constraints’ can also be applied to a wide variety of areas, from staff rostering to kidney exchange programs.”