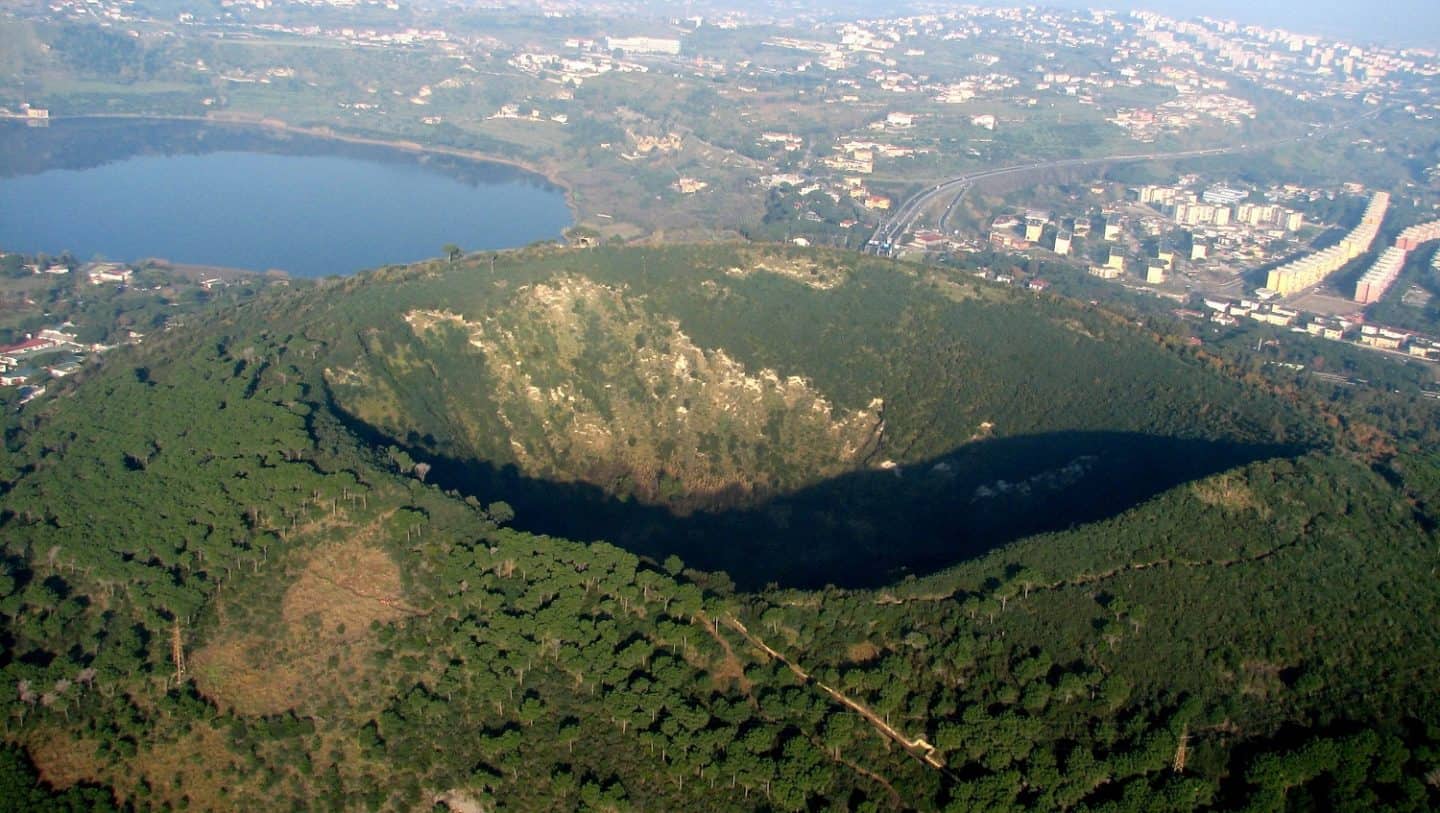 Contrary to cartoon depictions, volcanoes rarely erupt more than once from the same hole. In some cases, explosive ejections of magma, ash and rocks can kick off a substantial distance away from previous hotspots.

The ability to identify with any degree of precision likely eruption sites is a matter that has been the subject of intensive research for decades, but to date evidence has been substantially, and sometimes catastrophically, at odds with predictions.

Now, however, a team led by Eleonora Rivalta from the GFZ German Research Centre for Geosciences, in Potsdam, Germany, has come up with a new and promising approach that marries physics and mathematics.

Although the method has yet to be real-world tested, the researchers report that a retrospective comparison using eruptions that took place over centuries at Italy’s densely populated Campi Flegrei volcanic field, which includes the city of Naples, has shown encouraging results.

The problem of predicting exact eruption spots is at its keenest in the case of calderas – volcanoes on which the summit has collapsed, leaving craters that can be as big as 100 kilometres in diameter.

“Calderas have fed some of the most catastrophic eruptions on Earth and are extremely hazardous,” Rivalta and colleagues write in the journal Science Advances.

“However, their eruptions are generally few and far apart; thus, hazard is often underestimated by the local population, which, at some calderas, approaches one million.”

Predicting when and where eruptions could happen, the researchers add, is thus regarded as “extremely challenging”.

The difficulty arises because it is impossible to test the assumptions on which current models rest.

Hazard estimation proceeds from the not unreasonable idea that future eruptions are likely to occur in close proximity to the sites of past ones.

However, this presumes that the distribution of past volcanic vents indicates areas of geologic weakness. Such a presumption, the researchers write, is not supported by the evidence.

A second approach concedes an unknown mechanism determines the path which ascending magma takes but assumes there is a higher probability of a new vent opening near clusters of old ones than in somewhere unscarred.

This method is valid, Rivalta and colleagues confirm, inasmuch as the probabilities are borne out by the history of eruptions on Campi Flegrei, but because these events don’t happen very often, the number of available data points is insufficient to produce predictions with a useful degree of precision.

To overcome these issues, the researchers turned to the physics of magma flows, a field that has been comprehensively studied ever since Canadian geologist Reginal Aldworth Daly published the first research on it in the late nineteenth century.

They combined this with a statistical approach known as the Monte Carlo method, wherein calculations of events are run thousands of times in order to encompass the possible influence of unpredictable variables.

Monte Carlo simulations are widely used for risk analysis in fields as diverse as insurance, mining and finance.

Rivalta and colleagues based the limits of their calculations on existing data describing the stresses present, and already measured, across Campi Flegrei. The results showed that previous assumptions regarding the importance of existing faults in influencing magma flow were incorrect.

Faults certainly play a role, but it is less significant than assumed, and less direct – magma is likely to move at a tangent to them rather than mirror them.

Instead, the results showed that it was possible to predict the direction of magma flows as long as the stresses involved and the exact location of the subterranean magma chamber were known – matters that the researchers quickly concede are often “very poorly constrained”.

Nevertheless, they conclude, their method produces more accurate predictions – at least retrospectively – than existing ones.

“We show that magma trajectories, and thus eruptive vent locations, are so sensitive to stress variations that the previous vent locations at a volcano can be used to constrain the stress field to a sufficient degree of accuracy to render reliable physics-based vent forecasts possible,” they write.

Originally published by Cosmos as Monte Carlo may save Naples