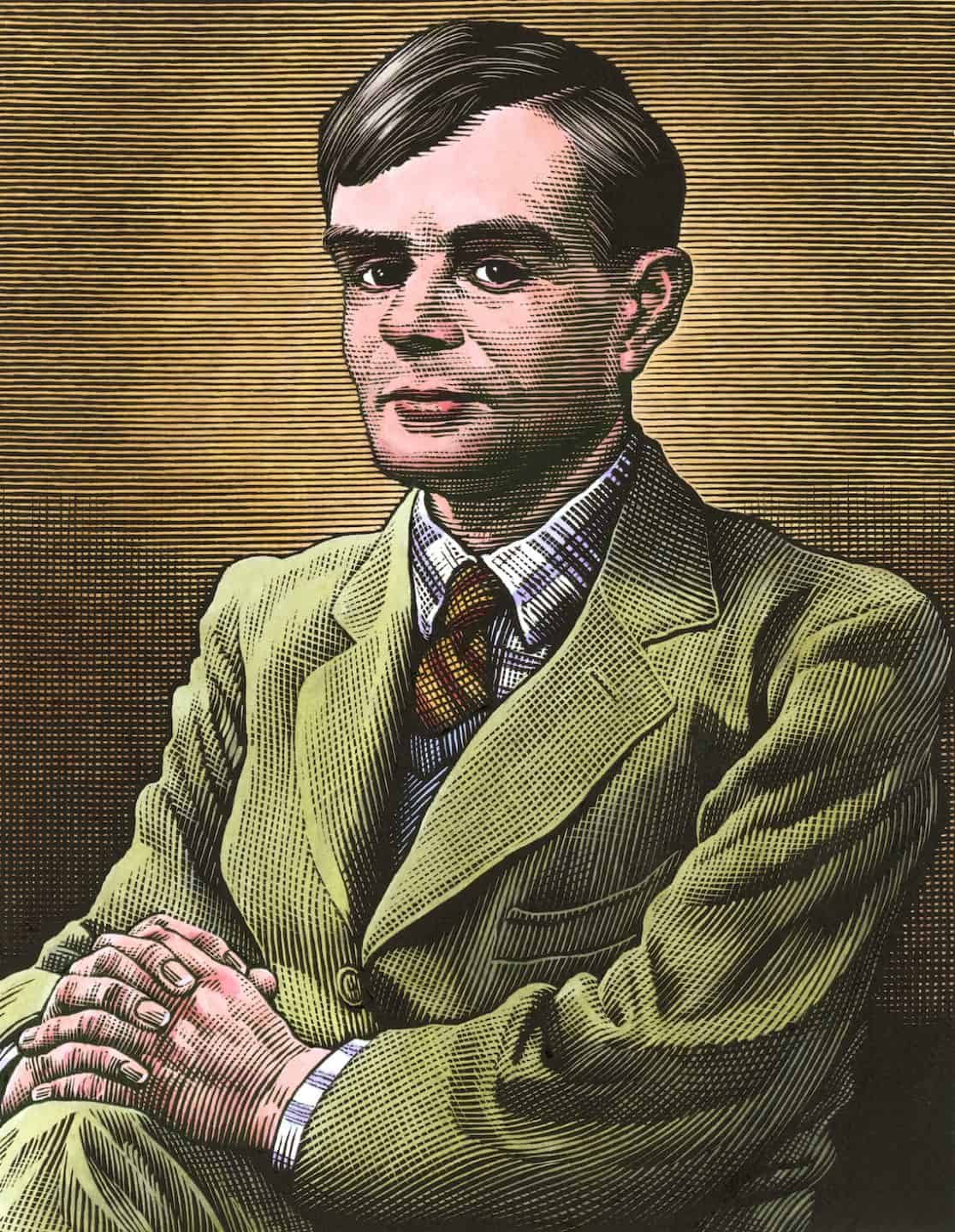 Alan Turing, born in Paddington, London, on June 23, 1912, became a celebrity long after his death, on June 8, 1954, upon the 2014 release of the movie The Imitation Game. The film, starring Benedict Cumberbatch, focuses on Turing’s work during World War II, when he worked for the British intelligence service and played a key role in breaking the German “Enigma” code.

But Turing was much more than a wartime codebreaker. In a 2015 conversation with the Washington Post, renowned British physicist Freeman Dyson says: “He invented the idea of software, essentially. It’s software that’s really the important invention. We had computers before. They were mechanical devices. What we never had before was software. That’s the essential discontinuity: That a machine would actually decide what to do by itself.”

In discussing Turing’s seminal 1936 paper, On Computable Numbers, With An Application to the Entscheidungsproblem (the “decision problem”),  Dyson says, “I saw that paper and immediately I said this is something absolutely great. Computable numbers, that was something that was obviously great. But it never occurred to me that it would have any practical importance.”

The Post’s story continues: “Oh yes, ‘On Computable Numbers, With An Application to the Entscheidungsproblem’ had practical importance, for it was arguably the founding document of the computer age. Turing did as much as anyone to create the digital revolution that continues to erupt around us.

“Amid the paper’s thicket of equations and mathematical theories lay a powerful idea: that it would be possible to build a machine that could compute anything that a human could compute. Turing was addressing a question of logic, but in the process he clearly described a real machine that someone could build, one that would use 0s and 1s for computation.”

Turing biographer Andrew Hodges, himself a noteworthy mathematician, whose book Alan Turing: The Enigma formed the basis of the The Imitation Game film, describes the development of the idea of the Universal Turing Machine.

“It is hard now not to think of a Turing machine as a computer program, and the mechanical task of interpreting and obeying the program as what the computer itself does. Thus, the Universal Turing Machine embodies the essential principle of the computer: a single machine which can be turned to any well-defined task by being supplied with the appropriate program.”

In March, 1952, Turing, who was openly homosexual, was convicted of “gross indecency” – because being gay was a crime in Britain at the time – and sentenced to 12 months of hormone “therapy”. In June 1954 he was found dead in his bed, poisoned by cyanide. The official verdict was suicide.

Originally published by Cosmos as This week in science history: Alan Turing dies