In a world that increasingly requires mathematics literacy, Australian school students are avoiding the subject. What can we do to re-ignite curiosity in this elegant and necessary discipline?

Years ago I lived next door to an artist. We often talked about our two disciplines, visual arts and mathematics, and we decided that in both cases creativity came from the same impulse – delight in patterns, joy in solving problems, and general curiosity and open-mindedness.

Turns out we were right. What’s more, STEAM has now become a thing – that’s STEM with an A for Arts – although in Australia, the emphasis is still mainly on STEM (Science, Technology, Engineering and Mathematics.)

We certainly need a STEM-savvy workforce if we’re to be players in a digital and clean-energy world. Trouble is, we’re not attracting enough students. According to the Australian Department of Education, Skills and Employment (DESE), the number of Year 11 and 12 students studying STEM has flatlined at around 10%. A recent report gave the US figure at 20%, also a worrying low.

Because mathematics underpins so much of STEM, one response to these disturbing figures is an increased emphasis in maths education on computation and utility rather than beauty and creativity.

Maths is mind-bendingly useful – it underpins everything from weather reports and GPS to bridges, buildings, cars and planes, from the internet and mobile phones to our supply chains, banking, medical techniques, and so much more. Yet the president of the Australian Mathematical Society, Ole Warnaar, reported in the Society’s Gazette last year on feedback from members regarding proposed revisions to the Australian Mathematics Curriculum – and a key concern was its excessively utilitarian approach.

Warnaar certainly supports teaching students to apply mathematics usefully, but he also laments that in our curricula, both current and provisional, “not enough effort has been made to try to convey the intrinsic beauty of mathematics and the enjoyment one can derive from learning and understanding new mathematical concepts”.

I agree. For a start, in the historical development of mathematics, the desire to solve practical problems and the desire to explore logic, patterns, and curiosity-driven research for their own sakes, often went hand-in-hand, each inspiring the other. I’m concerned, too, that an excessive emphasis on utility can blind students to the ethical and other problems associated with technology, such as its ownership and reach, and its political role as a purported panacea for climate change and growth-for-growth’s-sake economics.

Even on a purely practical, STEM-focused level, with an excessively utilitarian curriculum students are likely to see maths as a bewildering black box of tools, rather than a creative, empowering language that can help them innovate in their chosen field. Already half our students don’t like maths, compared with 38% internationally – although we also have one of the highest proportions of out-of-field maths and science teaching in the world.

In Victoria – and it’s a similar picture throughout Australia, and in the UK, US and elsewhere – fewer than 10% of Year 12 students studied the most advanced maths subject in 2019; a little less than one third studied intermediate-level maths, and almost two-thirds studied a general maths course that does not include calculus. Boys outnumbered girls in all three subjects, with the gaps widening to a ratio of almost two to one in the most advanced maths.

The gap is even wider for Aboriginal and Torres Strait Islander people, who hold STEM degrees at one-tenth the rate of non-Indigenous people of working age, according to Australia’s 2020 STEM Workforce Report; for women, the figure is one-third compared with men.

Of course, an obvious question is, does it matter if few students study the most advanced mathematics in Year 12?

Most research-based universities, including the Group of Eight in Australia and Oxford in the UK, expect students to have good marks at least in the second-most advanced mathematical subject if they want to do degrees such as biomedicine, commerce, science, engineering, and computer science. Universities have had to respond to the downward trend in students taking advanced maths (and physics) by offering catch-up subjects – but these come at the expense of taking other subjects that deepen knowledge and engagement with the course. So there are good job-related reasons for choosing advanced maths (and science) at high school.

In addition, advanced maths also offers the most scope for intellectual challenge and satisfaction. If you know how to read it, an elegant proof or a beautiful, meaningful equation can be as awe-inspiring as a beautiful piece of art or music.

In this context, I’m reminded of a recent study that suggested one reason fewer girls choose STEM careers is that although they generally perform as well as boys in maths and science, they perform better than boys in humanities. Which suggests we might attract more girls if we embrace STEAM, and include in our maths teaching the beauty, history and intellectual delight of the subject.

Trying to game the ATAR system is another apparent reason that students are increasingly choosing easier maths and avoiding physics. It is telling that Estonian schools – whose students performed well in maths in the recent (2018) PISA rankings – have virtually no “high-stakes” tests. The methodology of PISA is contested, but it’s interesting that Estonia ranked highest in maths after China, Singapore, Japan and Korea – and these five are all countries with significantly tech-based economies. Australia came in at number 29, just behind New Zealand and Portugal, and just ahead of the US, which on the face of it manages to keep its tech lead only because its high-end education is so good.

It’s a difficult task, designing the best curricula for the diverse range of students taking mathematics in Year 12. Not everyone cares about technology, business, or other practical applications, and not everyone cares about “elegance” and “beauty”. Still, the role of education is to encourage engagement with new ideas – and the challenge for educators is to get the right balance. Clearly, offering a broad range of mathematical subjects is important – and not only in preparing students for STEM careers, but also for navigating today’s increasingly complex world.

We saw this during the height of the COVID-19 pandemic, when the media ran important stories about exponential rates of growth and the spread of the virus, and we all eagerly awaited the latest update on the mathematical modelling of the pandemic.

We also saw how ignorance of statistics fuelled anti-vax claims about hospital admissions that were just plain wrong.

Facility with this kind of basic data analysis is also important in understanding the effects of climate change. Relatively few students will go on to play significant roles in discovering solutions to this and other pressing problems, although many will help implement them. But we all need to know how to interpret the data on key issues, so that we can make informed decisions in our lives and in our politics.

All this raises the question of whether or not some form of maths should be compulsory throughout high school, like English. Some countries have already taken this step, including Estonia, Sweden, Japan, Finland, Korea, Taiwan and Russia. New South Wales plans to make maths compulsory by 2024, while from 2023, Victoria will encourage more students by offering a second, more basic general maths subject in Year 12.

Around 80% of Australian Year 12 students already take a maths subject, and I fear that making it compulsory might be counter-productive if we don’t also lift our game in terms of funding for schools, teacher salaries and training – and if we don’t address inappropriate cultural attitudes to maths, such as “maths is too hard”, or “boys are better at maths”. Then there’s “we’ll never use this stuff so what’s the point”, something students rarely say about English or the arts.

We must fix these problems, for maths should play as important an educational role as English. Both these subjects are about how to use language in order to think carefully and critically. Both, too, are about building a rich, enabling vocabulary, whether it’s for expressing our feelings, mounting logical arguments, making wise financial decisions, or understanding numerical terms necessary for engaging with – and interpreting reported research in – medicine, technology, the environment, and other aspects of daily life.

There are similarities even on a literary level, such as understanding how to make and decipher metaphors. In the study of gravity, for example, it is a deeper (and more relevant) experience understanding the inverse-square law as a metaphor rather than just a rote-learned formula – and more such treats are on offer at university, such as the multifaceted metaphors of the wave equation and gravitomagnetism. Conversely, it says a lot about our culture that English curricula rarely include literary maths and science writing in their selected texts. Our magazines and newspapers rarely review this genre, either. Seems we really do need STEAM! And I’m betting we’ll be the richer, individually and as a country, for a culture that understands and embraces maths rather than fears it.

Originally published by Cosmos as Why should we study maths at school – and how should we teach it? 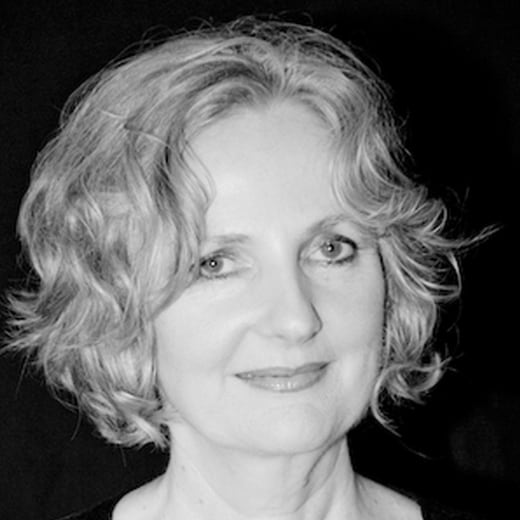