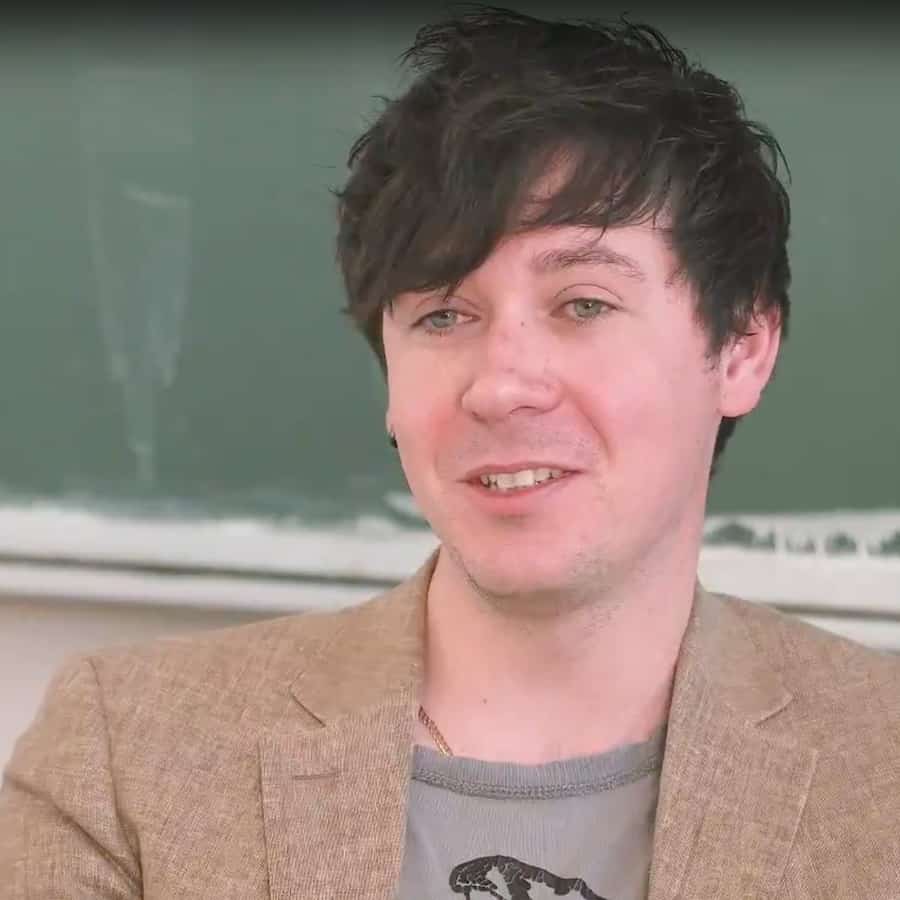 Stephen McCormick uses mathematics to better understand the universe – astounding given he almost failed the subject in high school.

“I was always good at maths when I wanted to be, but for the most part I found it just as boring as everybody else,” he says.

“In fact, I nearly failed maths in year 10 because I had so little interest in schoolwork [in general].”

But he put in the time and effort and was later accepted into an engineering and science double degree at Monash University in Melbourne. He ended up dropping the engineering side to focus on physics, but it was in the final stages of his degree that he happened to take high-level maths electives. It was these that intrigued him.

The sort of mathematics he works with is very different to what people typically experience in school. Struggling with it then does not mean you will not enjoy and thrive with it later.

“Most maths that people learn in school is just learning to follow a recipe – sometimes a complicated recipe, but a recipe nevertheless,” he says.

“To say that you need phenomenal grades to pursue higher maths is like saying that you need to master colouring inside the lines before pursuing art. Sure, you need to have some level of basic skills, but after that there are other more important factors.”

Under the guidance of his mentor, Australian mathematician Robert Bartnik, McCormick parlayed his newfound interest in maths into an honours project and PhD.

Today at the University of New England in Armidale, New South Wales, he works on the problem of mass – or energy – within the framework of Albert Einstein’s general theory of relativity.

But here’s the catch: within the framework of general relativity, the gravitational field itself cannot have an energy density.

So mathematicians such as McCormick try to find ways to measure “quasilocal energy” or “quasilocal mass” – the energy of, for instance, a metre-cubed piece of space within an object’s gravitational field.

And although McCormick works in a field explored by the likes of Roger Penrose and Stephen Hawking, his biggest inspiration is French mathematician and physicist Yvonne Choquet-Bruhat.

In 1952, Choquet-Bruhat published a groundbreaking proof. Roughly speaking, she showed that given the state of a system at some time, we could indeed determine what it will look like at a later time within the framework of general relativity.

She still writes research papers to this day at 92 years old.

When asked about ambitions, McCormick says there is no grand plan.

“Every step along the way has really just been to keep doing what I love doing and seeing where it takes me. I guess as long as I can keep learning new things and proving new results then I’ll be happy,” he says.

For more, see Stephen McCormick speak on the communication of complicated ideas in Twitter’s 140 characters.

Originally published by Cosmos as A mathematician who nearly failed maths