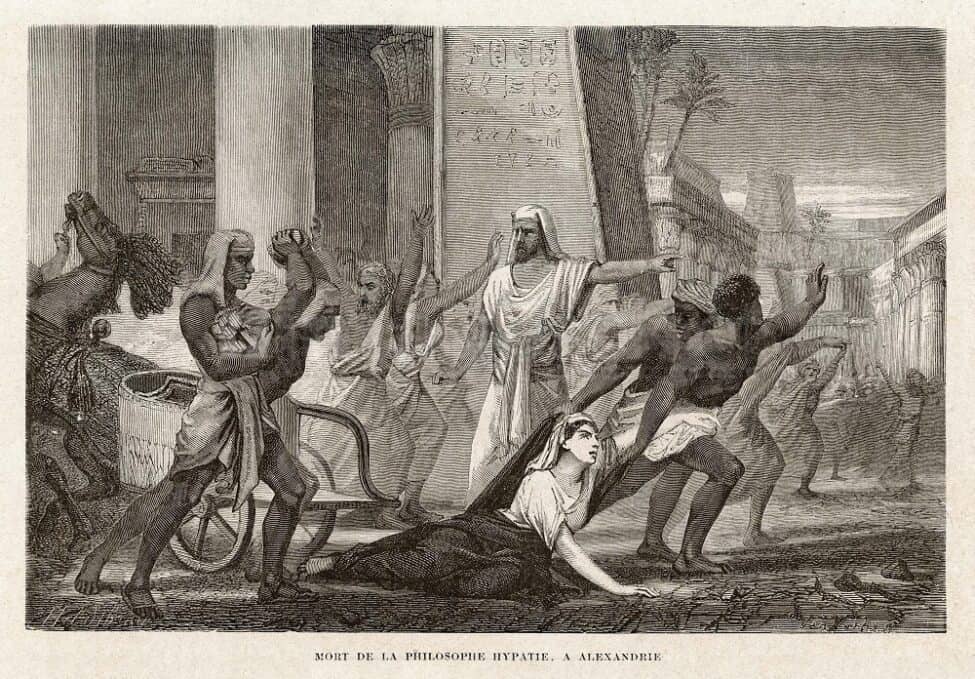 She was born in Egypt, at Alexandria, in an era in which women were not considered equals to men. However, her father, Theon, rector of the city’s famous library, took care of her education to make her, history records, “a perfect human being”. So Hypatia of Alexandria, highly educated, wise and beautiful, became a celebrated philosopher.

She deepened her studies in Athens and in Italy, and at the age of 31 succeeded her father at the helm of the most famous academy of antiquity. Here Hypatia strongly oriented her activity towards teaching, transmission, and commentary of ancient texts.

The historian of the Church and contemporary of Hypatia, Philostorgius, says that she “introduced many to the mathematical sciences” and that “she became much better than her master in the art of observation of the stars”.

He adds that she “had discovered something new about the motion of the stars and that she made this new knowledge accessible to men and women of her time, explaining her new observations in an original work entitled Astronomical Canon.”

Because she was both a pagan and a woman with considerable political influence, she was killed in an ambush hatched by a group of Christian fanatics, in March of 415 CE. We know exactly the date of her death, but exactly when she was born has remained an open question.

Historians know the event took place in Alexandria shortly after the middle of the fourth century CE, but existing research sets it in a quite large range – between 350 and 375. Actually, this is an example of a common problem in history. Radiocarbon, dendrochronology or ceramics tomography can be used for dating archeological samples, but how can we date historical events, in absence of precise and reliable reporting?

Recently, three Italian mathematicians, Canio Benedetto, Stefano Isola and Lucio Russo, from the University of Tor Vergata in Rome, came to the rescue and devised a new mathematical method to solve these kind of problems. It is based on the theory of probability.

When speaking of probability, one usually imagines rolling dice, or tossed coins, in which it is convenient to adopt the so-called “frequentist” approach, in which the probability of an event is given as the ratio between it and the total number of possibilities. This methodology, however does not fit very well when the aim is to forecast a single event, even though such situations are part of everyday experience.

For example, a bettor who needs to put odds on a football match collects a series of opinions, giving to each of them a plausible degree of reliability, and combines them together to estimate the probability of a result.

The researchers followed this line of reasoning in relation to Hypatia. Their method consisted of three steps.

First, they collected from historical records a series of statements that provided temporal constraints on the time of her birth. Each statement was then scrutinised to assign it a mathematical function that provided a single estimate of probability. Finally, they found the optimal mathematical way to combine each statement and thus compute a “degree of reliability”. This allowed the computation of an overall probability.

The result was quite impressive. It gave 355 CE as Hypatia’s most probable year of birth, with about a 90% chance of it having occurred between 350 and 360. This means that Hypatia probably died at about the age of 60, and rules out the mainstream scholarly opinion that places her birth around 370.

Benedetto and colleagues say their method opens new perspectives for the problem of dating historical events. The research is published in the journal Mathematics and Mechanics of Complex Systems.