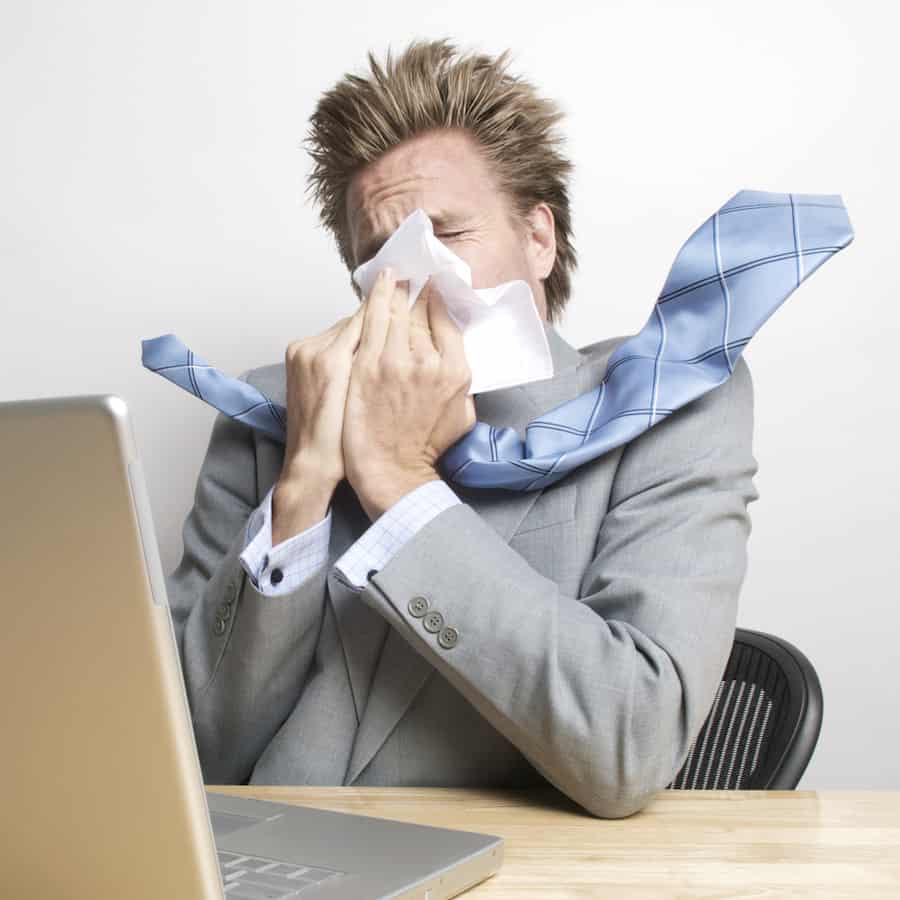 Caught a colleague surreptitiously sneezing into their sleeve, or noticed another hacking up phlegm in the tea room? You don’t want them infecting everyone else, so you’d send them home and bring in healthy replacements, right?

New modelling by a trio of mathematicians in Spain and the US shows some diseases such as the flu spread faster than would be expected at the start of an outbreak when infected workers are replaced.

They write the findings will “advance the emerging field of disease forecasting and better inform public health decision making during outbreaks”.

Not every workplace has a replace-a-sick-staff-member policy. But some, such as schools, do.

On any given day during the flu season in the US, around 4% of teachers are absent with a substitute in their place.

While the sick teacher benefits from this – they do get to recuperate in peace – the problem with this scenario, write Samuel Scarpino, Antoine Allard and Laurent Hebert-Dufresne, is the substitute is now in a situation where he or she is much more likely to catch the disease.

Their modelling shows the flu spreads faster and more widely as individuals are replaced and subsequently become infected – called “relational change”. And their simulations corresponded to real-life data of flu outbreaks in the US.

Allen Cheng, an epidemiologist at Monash University in Melbourne, Australia who was not involved with the study, says the matching of modelling to empirical evidence is “sound and interesting.”

“You can’t assume the behaviour of a population is simple,” he says. “Things like networks potentially can be quite important and need to be thought about when it comes to [disease] modelling.”

But the work likely applies more to the wider population rather than workplaces such as hospitals, where practices such as constant disinfection and hand-washing interrupt disease transmission, and replacements aren’t at as much risk.

Scarpino, Allard and Hebert-Dufresne also modelled the spread of dengue virus. It’s also a seasonal disease but, unlike the flu, has a delay between infection and transmission: a mosquito’s bite.

This lag means dengue’s less susceptible to relational change – an effect they saw in their simulations which matched 19 years of dengue virus data from Puerto Rico.

The paper was published in Nature Physics.

Originally published by Cosmos as Feeling sick at work? Your replacement is at risk