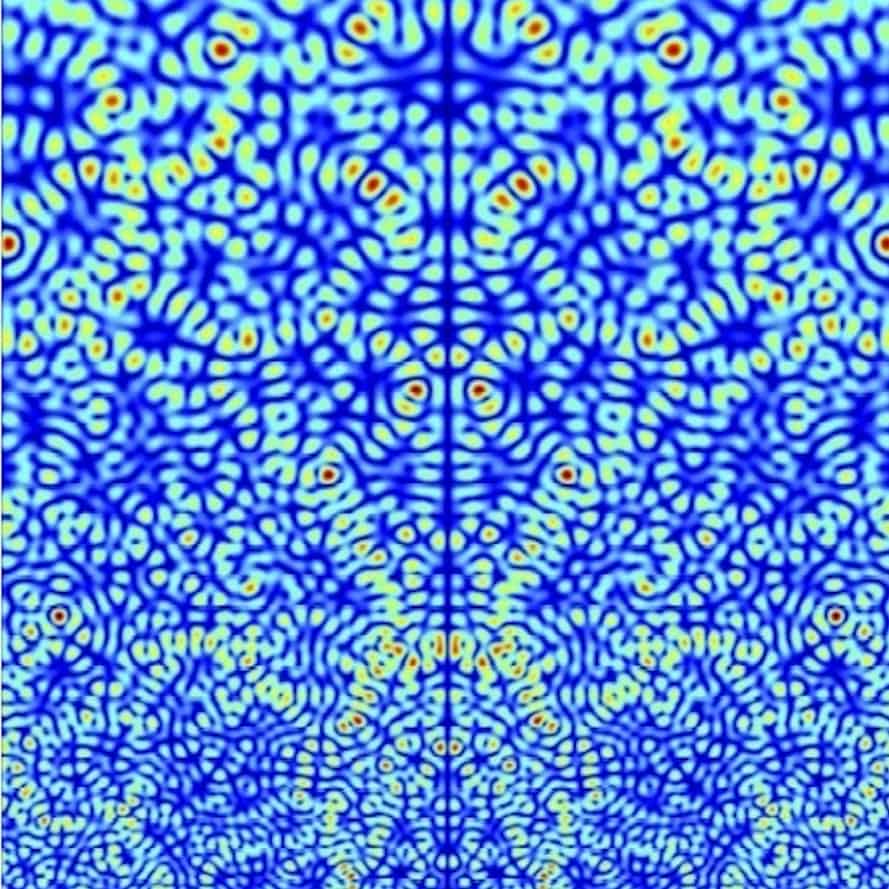 A nonholomorphic modular form is one of the many types of objects in the LMFDB. Credit: FREDRIK STROEMBERG

An international team of scientists has just launched an online tool for exploring the mathematical universe.

A large database containing data from over 80 mathematicians from 12 countries could not only help solve century-old problems in pure mathematics, scientists say, but could lead to better encryption for your cloud upload.

On paper, its contents would fill 10,000 encyclopaedia volumes with 500 pages each.

The “L-functions and Modular Forms Database”, abbreviated to the arguably catchier “LMFDB”, is an online catalogue of millions of mathematical objects and how they are related.

Objects are what mathematicians use to communicate mathematics – think numbers, triangles, functions or matrices. These objects can be categorised into different areas of mathematics, but finding connections between them can lead to revolutionary breakthroughs.

One example is when 17th century French mathematician René Descartes linked algebra and geometry as he developed Cartesian geometry. It uses formulas from algebra to describe geometric objects such as circles or lines, and is now routinely used by mathematics students everywhere.

Now, the LMFDB project has taken objects called L-functions and modular forms, and placed them in what John Voight from Dartmouth College says resembles the first periodic table of the elements: “We have found enough of the building blocks that we can see the overall structure and begin to glimpse the underlying relationships.”

Much like the periodic table shows how elements relate according to different properties – such as their number of protons and electron configuration – the LMFDB shows how mathematical objects relate.

But unlike the period table’s neat columns and rows, this database is set up more like Facebook, where each object has a “homepage”, linking it to other objects.

The data took around 1,000 years of computer time to calculate. Reasons for sharing it are to allow scientists access to specialist calculations which only a handful of experts can do, or to avoid wasting computer and brain resources to double up on big calculations.

These include the unresolved Riemann hypothesis, proposed by German mathematician Bernhard Riemann in 1859, which states there is a basic link between addition and multiplication.

But we’ll also likely see practical use, scientists say. The objects in the LMFDB are all connected to an area of mathematics known as number theory, which you’ll encounter dozens of times every day.

“Nearly all of the cryptography that protects your private information online, in credit and debit transactions as well as on Facebook and Google, is based on a few really hard problems in the field of number theory,” explained Duquesne University’s Anna Haensch, who contributed to the database, in a press release.

“Like the public DNA database, LMFDB lets us peek, for the first time, into the relationships of different mathematical items and trace their common ancestry,” Haensch says.

Understanding the connections between different objects through the LMFDB database, she says, will allow mathematicians to build better data encryption systems, such as those used in cloud storage.

The LMFDB was officially released today at an American Institute of Mathematics workshop in San Jose, a public talk at Dartmouth College in Hanover, New Hampshire, and a workshop at the University of Bristol in the UK.