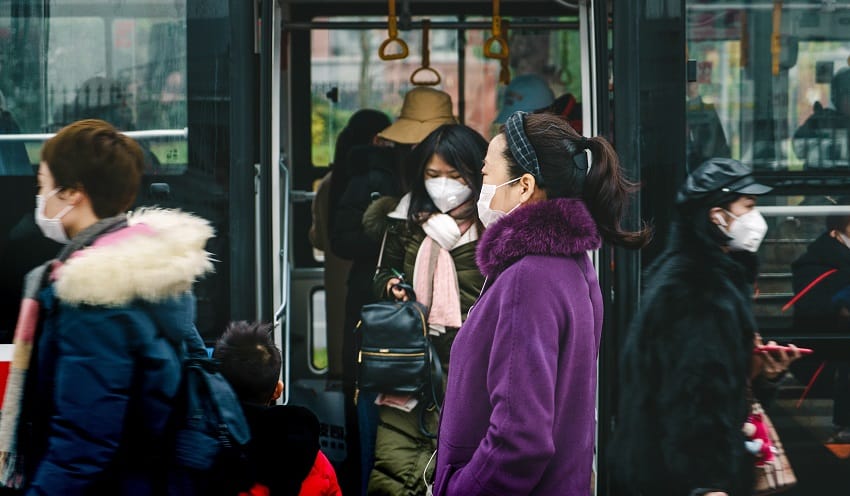 In the early stages of an epidemic, when most people are susceptible to infection, mathematicians can model a disease’s spread from person to person as essentially a random “branching process”.This diagram shows the number of cases, over time, in a branching process with exponential growth. Author Provided.

Of course, an infected person is not definitely going to infect others. There are many factors affecting the likelihood of infection. In a pandemic, the growth rate depends on the average number of people one person can infect, and the time it takes for those people to become infectious themselves.Research suggests the number of confirmed COVID-19 cases is growing exponentially worldwide with the number doubling about every six days

Of course, the situation is not quite as straightforward as a simple branching process. Some people interact more than others and might come into contact with many different groups. Mathematicians model these connections as a social network, such as the one below. Infected people are red nodes, and susceptible people are blue. The large node in the middle of the diagram is a super-spreader, a person who connects with many others, and thus has more potential to spread the disease.

Originally published by Cosmos as How social distancing flattens the curve