Fiddling with genetics underpins many of the latest strategies for controlling mosquitoes that spread malaria and other problem viruses such as dengue, chikungunya fever, yellow fever and Zika. 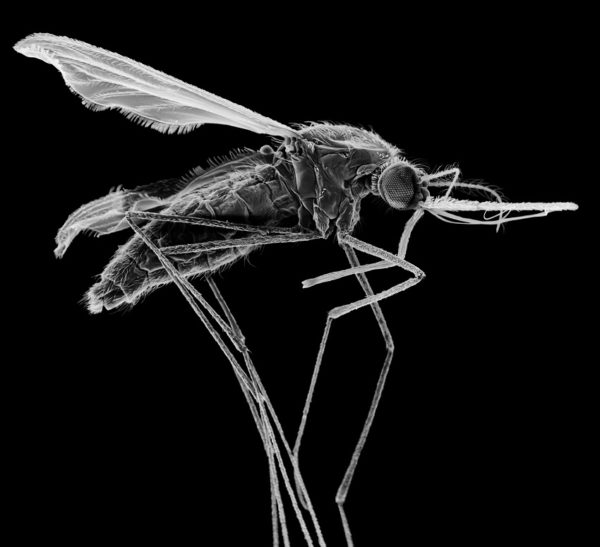 In the lab, scientists have attempted to control the numbers of mosquitoes that can transmit these infections by introducing insects engineered to carry anti-disease genes, as well as through “gene drives”, where engineered individuals also carry genes that change the rules of inheritance.

The latter approach increases the odds that the changes will be passed on and spread throughout the entire population.

A new study published in the journal PLOS Genetics suggests that gene drives are a faster and more efficient method of controlling mosquitoes that spread malaria.

Anthony James, from the University of California, US, and colleagues simulated non-drive and gene-drive mosquito releases using small cage trials designed to explore the efficacy of delivering anti-malaria genes to a mosquito species that commonly carries the parasite.

The researchers demonstrated that both approaches are effective, but the gene drive was more efficient because it needed only a single release of a small number of insects.

The drive system, which targets a gene that affects female mosquito survival after it feeds on blood, drove all test populations to extinction – except in one simulation where mutations popped up that prevented the engineered genes from being passed on effectively.

“The results may seem obvious to those working in this field, but it is important to get empirical evidence to support predictions, especially in this newly emerging science,” says James.

“Gene drives are expected to reduce costs of mosquito control and contribute towards the eradication of some of the vector-borne diseases. Having an effective delivery system in hand is a big step forward, now we need to make sure that the ‘cargo’ – the genes that interfere with the pathogens – function as designed, and that is what we are working on now.”

The findings suggest that gene drives will be the most efficient and affordable genetic approach for controlling mosquito populations, assuming that they are approved for use in the wild.

The study also demonstrates that preliminary laboratory cage trials can help scientists to test and improve the design of engineered insects before they are released.

The researchers point out that future gene-drive experiments focused on malaria prevention should also involve mosquitoes infected with the parasite to better simulate actual conditions.