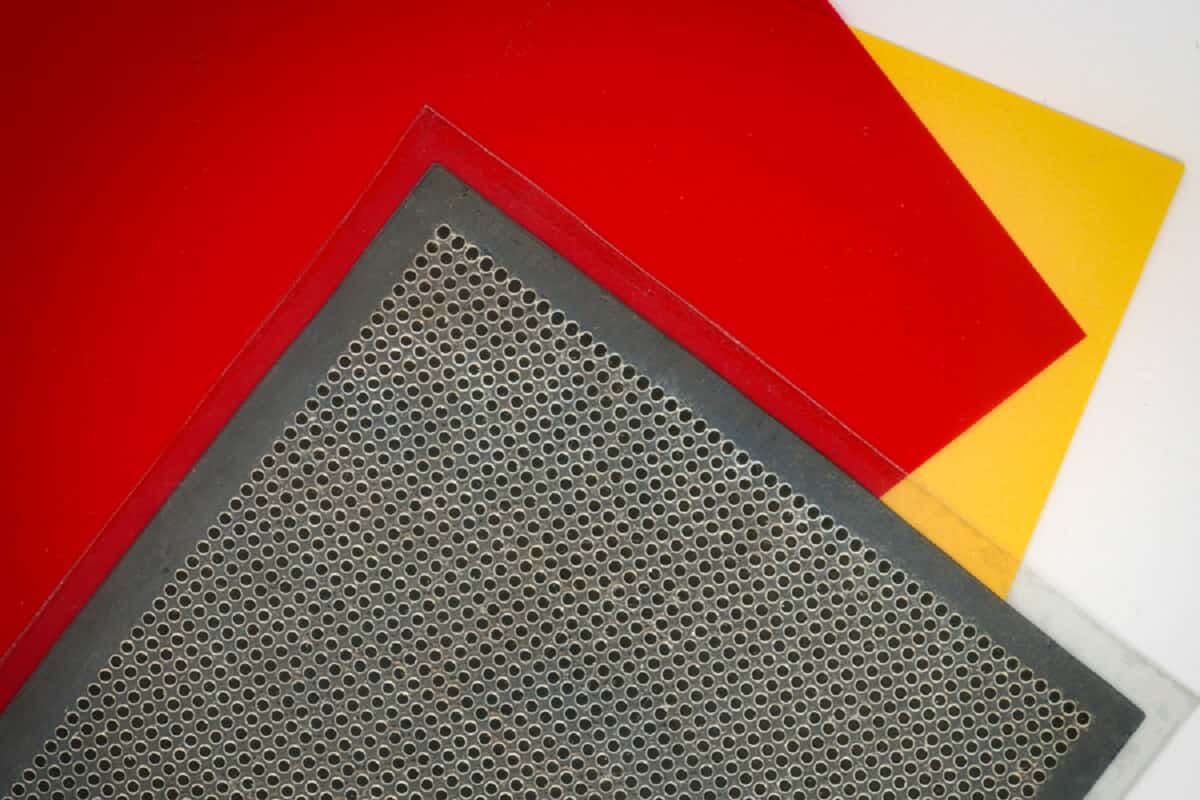 MIT researchers have developed an ultrathin loudspeaker that can turn any rigid surface into a high-quality, active audio source. The straightforward fabrication process they introduced can enable the thin-film devices to be produced at scale. Credit: Felice Frankel
More on:
engineering

Imagine covering your walls with squares of a thin metallic loudspeaker instead of floral wallpaper; you could blast your favourite Queen song in complete surround sound, or cancel out the noise of your argumentative neighbours.

This fantasy is closer than you might think, with electrical engineers from Massachusetts Institute of Technology (MIT) in the US developing a paper-thin loudspeaker that can generate high-quality sound – no matter what surface the film is bonded to.

This thin-film loudspeaker – which weighs only 2 grams and is 120 micrometres thick – produces sound with minimal distortion while using a fraction of the energy required by a traditional loudspeaker.

The engineers have pioneered a simple fabrication technique of only three basic steps which can be scaled up to produce loudspeakers large enough to cover the inside of a vehicle or to wallpaper a room, according to a new study published in IEEE Transactions on Industrial Electronics.

“It feels remarkable to take what looks like a slender sheet of paper, attach two clips to it, plug it into the headphone port of your computer, and start hearing sounds emanating from it,” says senior author Vladimir Bulović, professor of electrical engineering at MIT.

“It can be used anywhere. One just needs a smidgeon of electrical power to run it.”

A typical loudspeaker uses inputs of electric current that pass through a coil of wire that generates a magnetic field. This moves a speaker membrane that moves the air above it, making the sound we hear.

This new paper-thin loudspeaker simplifies this design by instead using a thin film of a piezoelectric material (Polyvinylidene fluoride, PVDF) formed into thousands of tiny domes – only a few hair-widths across – that vibrate individually when voltage is applied over them in a phenomenon called the inverse piezoelectric effect.

The engineers used a laser to cut tiny holes into a thin sheet of PET, a type of lightweight plastic, the underside of which they laminated with a thin film of PVDF. By applying a vacuum above the sheets, and a heat source (80°C) underneath, the pressure difference causes the thin PVDF layer to bulge through the tiny holes – forming domes.

They’re surrounded by spacer layers of PET on the top and bottom of the film that protect them from the mounting surface while still enabling them to vibrate freely, thus avoiding abrasion and impact during day-to-day handling, and enhancing the loudspeaker’s durability.

“This is a very simple, straightforward process. It would allow us to produce these loudspeakers in a high-throughput fashion if we integrate it with a roll-to-roll process in the future,” says lead author Jinchi Han, a postdoctoral researcher at MIT’s ONE Lab.

“That means it could be fabricated in large amounts, like wallpaper to cover walls, cars, or aircraft interiors.”

Each dome is a single sound-generation unit, so it takes thousands of these tiny domes vibrating together to produce audible sound.

The engineers found that when 25 volts of electricity were passed through the device at 1 kilohertz, the speaker produced high-quality sound at conversational levels of 66 decibels from 30cm away. At 10 kilohertz, the sound pressure level increased to 86 decibels, about the same volume level as city traffic.

It’s also incredibly energy-efficient, only requiring about 100 milliwatts of power per square metre of speaker, compared to an average home speaker that might consume more than 1 watt of power to generate similar sound pressure at a comparable distance.

So, while papering your bedroom might not be the most useful application of this remarkable technology, the authors do say that it could be used for noise cancellation – in an airplane cockpit, for instance – by generating sound of the same amplitude but opposite phase so that the two sounds cancel each other out.

It could also be used for immersive entertainment by providing three-dimensional audio, and because it is lightweight and requires such a small amount of power to operate, the device is well-suited for applications on smart devices where battery life is limited.