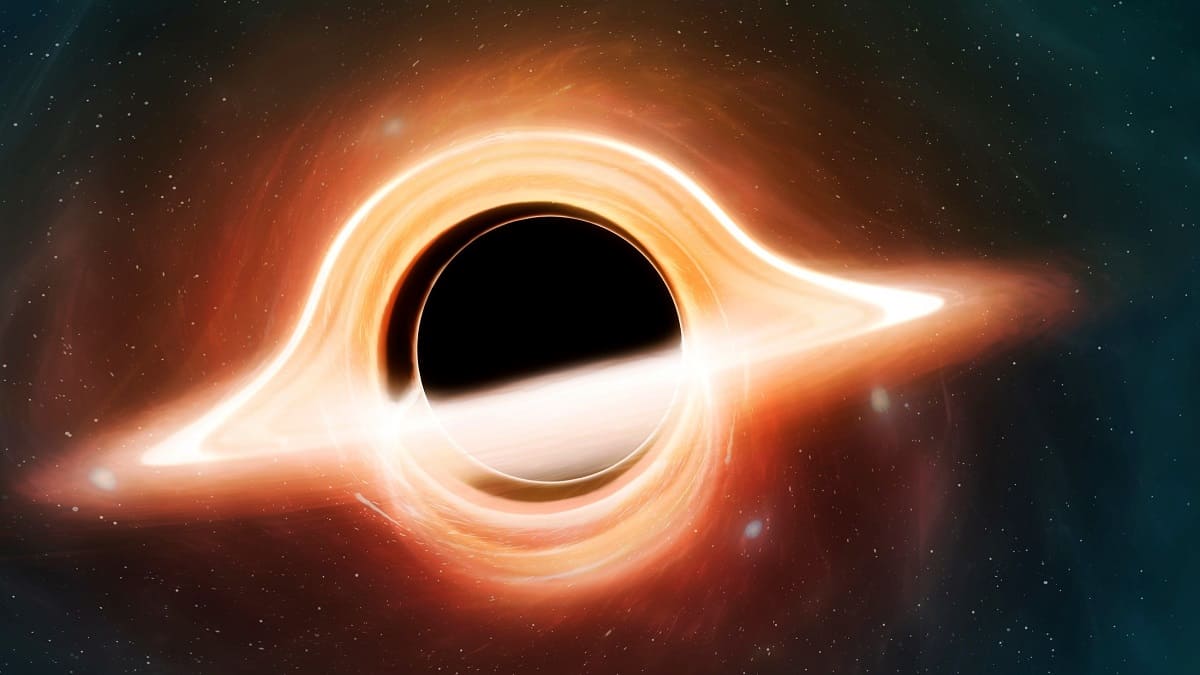 Have you ever used your hand to shield your eyes from the glare of the Sun so that you can more easily see what’s in front of you?

Recently researchers have done exactly that with images from the Event Horizon Telescope (EHT) of the supermassive black hole at the centre of the M87 galaxy.

In this case, it’s not a physical shield, but an algorithm designed to peel off layers of the original image, which are dominated by the blurry, blobby light coming from gas surrounding the black hole.

“We turned off the searchlight to see the fireflies,” says Avery Broderick, an associate faculty member at the Perimeter Institute and the University of Waterloo, who led the research team.

Based on current theoretical understanding of how black holes look, the research team was able to build a model for the M87 EHT data and separate out distinct pieces that made up the image as a whole.

By using the algorithm to “peel off elements of the imagery, the environment around the black hole can then be clearly revealed”, says co-author Hung-Yi Pu, assistant professor at National Taiwan Normal University.

These features include the long-sought after “photon ring”, which is a very thin, bright ring of light tracing the path of photons as they whirl behind the black hole, trapped in the vice grips of the gravity of the central behemoth, like water swirling down a plug hole.

Until now, the photon ring has only been a theoretical prediction.

The technique also revealed the presence of a central jet emanating from the black hole.

“We have been able to do something profound – to resolve a fundamental signature of gravity around a black hole,” says Broderick.

Black holes are leaping from the pages of theoretical physics textbooks into our reality at a blinding pace.

Read more: 9 of the coolest stories about black holes in 2021

The EHT is an international collaboration of eight observatories, capturing images of black holes using a virtual Earth-sized telescope.

With the advances in this field over the last decade alone, you can expect a lot more of the mysteries of black holes to be soon illuminated.