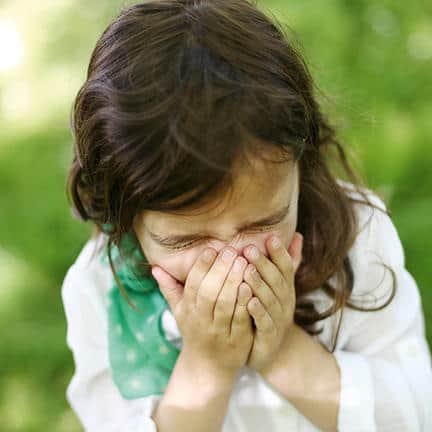 Around 350 BC, the great Greek thinker Aristotle tried to understand why sunlight would sometimes cause sneezing. He thought the heat of the Sun was doing it.

In Book XXXIII of his Problemata, in the section entitled “Problems Concerning the Nose”, he wrote, “Why is it that one sneezes more after one has looked at the Sun? Is it because the Sun engenders heat and so causes movement, just as does tickling the nose with a feather? For both have the same effect; by setting up movement they cause heat and create breath more quickly for the moisture; and it is the escape of this breath which causes sneezing.”

In 1635, the English philosopher and scientist Francis Bacon also tried to work it out. “Looking against the Sunne, doth induce Sneezing. The Cause is, not the Heating of the Nosthrils; for then the Holding up of the Nostrills against the Sunne, though one Winke, would doe it; But the Drawing downe of the Moisture of the Braine. For it will make the Eyes run with Water; And the Drawing of Moisture to the Eyes, doth draw it to the Nosthrills, by Motion of Consent; And so followeth Sneezing . . .”

On one hand, Bacon showed that the heat was not the cause. His eyes needed to be open for it to happen. On the other hand, he thought that tears (induced by the bright sunlight) caused the sneeze. Unfortunately for his explanation, sneezing happens long before the tears would have had time to be generated.

It took until 1954 before Dr J. Sedan first described it in the medical literature. He called it photosternutatory reflex. In 1964, Dr H.C. Everett published the first major survey of sunlight-sneezing.

He found it to be present, to varying degrees, in about one quarter of Harvard medical students. In 1984, Dr Stephen J. Peroutka noted that three generations of his family had sunlight-sneezing. He called for further research.  In 1993, Dr R.A. Breitenbach wrote about it as a potential hazard for combat pilots. It could also be a hazard for other professions, such as high-wire trapeze artists if the circus lighting changes.

In 1978, W.R. Collie whimsically came up another name for the photic sneeze reflex while at a conference dinner. He called it the ACHOO syndrome. He made the A stand for autosomal dominant. Correct: the photic sneeze is genetically dominant. If one parent has it, then their children have a 50% chance of also having it. There seem to be associations with genes on chromosomes two and 15.

The C stands for compelling. But the reflex is not all that compelling. Roughly one quarter of us have this strange reflex of sneezing in the light – but there’s a wide spectrum of responses.

A small percentage of people will sneeze as regular as clockwork whenever they go into the light – always the same number of times – so they are strongly “compelled” to sneeze, whether they want to or not.
At the other end of the spectrum are people who are not compelled; they have control over this reflex. Suppose they are just on the point of sneezing for some other reason, with the inside of their nose tickling away like crazy. They will sneeze only when they deliberately then stare into a very bright light. So “C” for “Compelling” is more artistic than accurate.

Next in the word ACHOO is the letter H. This stands for Sun, from the Greek word for Sun, Helios. That’s not too big a stretch.

Finally, we have the two Os at the end. The first stands for ophthalmic, coming from the Greek word ophthalmos meaning eye. I guess the eye got in there because you have to see the Sun with your eyes … The second O stands for outburst. OK, an outburst could be loosely thought of as a sneeze.

A sneeze is a protective reflex that cleans the upper airways. This reflex is exquisitely coordinated, involving many nerves and muscles firing off at exactly the right time. The fact that it’s a reflex means that you don’t have a lot of control over it.

So what makes people sneeze in bright light? We still don’t know.

The other major theory says that it’s related to the parasympathetic nervous system. We know this system makes your pupils smaller when light lands on your eyes. It is also involved in triggering sneezes. Again, various locations have been blamed for cross-talk from one nerve to another.

Or maybe it’s an evolutionary hangover from when we were cave-dwellers, living with a smoking fire. A good sneeze would have felt wonderful. Indeed, a few people with the photic reflex have told me that they deliberately start the day by looking briefly at the Sun. They get “cleaned out in the airways” – and get a “feel good” moment from the light.

Originally published by Cosmos as Why do people sneeze in sunlight?