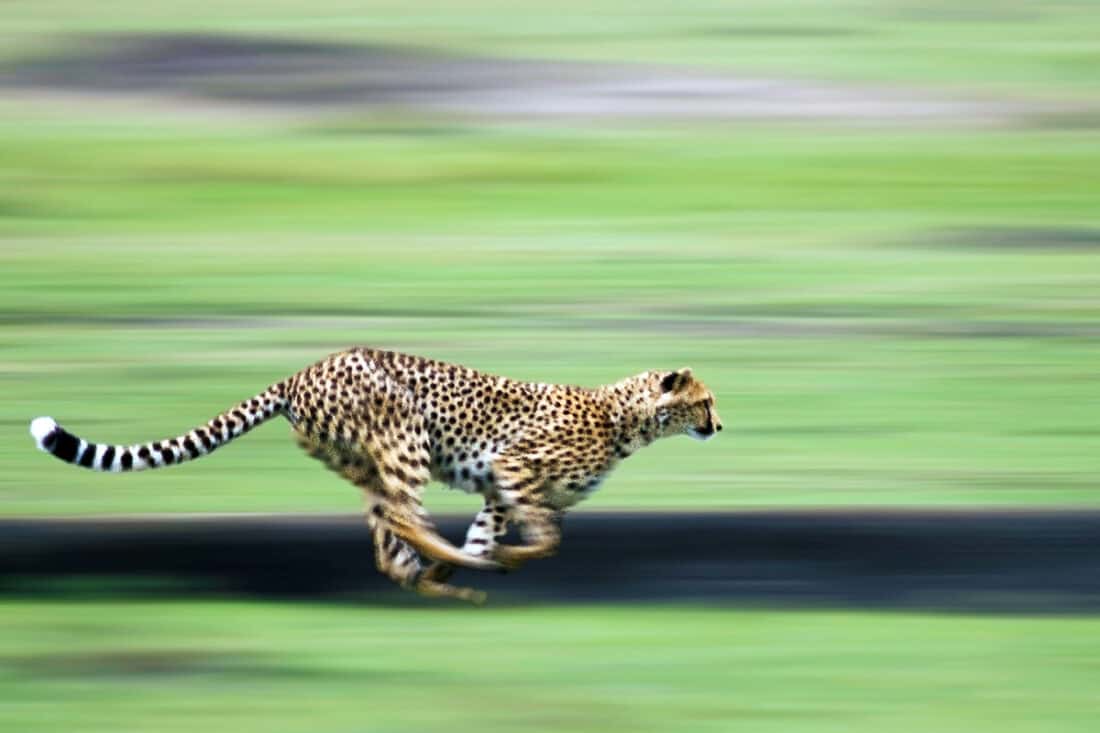 A new model relating an animal’s mass to its speed has helped shine a light on how the world’s fastest animals reach their maximum speeds.

The maximum speed capabilities of the world’s animals have long puzzled scientists. If speed is determined by muscle mass, the fibres that trigger muscles, and the length of an animal’s stride, why aren’t the largest animals on Earth also the fastest?

A team of researchers led by Myriam Hirt at Friedrich Schiller University in Jena, Germany, have developed a scaling model that explains this phenomenon and can be applied to animals across land, air and water.

The model centres on acceleration time, and helps to explain the shape of the graph that maps the body mass of animals against their maximum speed.

Cheetahs, the fastest land animals, fall near the middle of the body mass axis, as do the world’s fastest creatures in the water and air – marlin and peregrine falcons, respectively.

The team’s research, published in Nature Ecology & Evolution, suggests that larger animals have lower maximum speeds because of their increased acceleration time.

The anaerobic phase of acceleration requires energy stored in muscles, which is finite. Animals with higher body mass require more time and effort to get moving, which eats into their limited muscle energy and places an upper limit on the maximum speed they can then reach.

Basically: a larger animal takes longer to accelerate, so their maximum speed is reached more slowly and is lower.

“Movement is one of the most fundamental processes of life,” the researchers write. “The individual survival of mobile organisms depends on their ability to reach resources and mating partners, escape predators and switch between habitat patches or breeding and wintering grounds.”

“In contrast to traditional power-law scaling, we predict a hump-shaped relationship resulting from a finite acceleration time for animals, which explains why the largest animals are not the fastest.”

The model does not account for discrepancies among similarly sized animals – for example, the fact that humans fall somewhere in the middle of the body mass axis, but our maximum speeds are way below many other animals that share our approximate mass.

Originally published by Cosmos as Why aren’t the biggest animals the fastest?