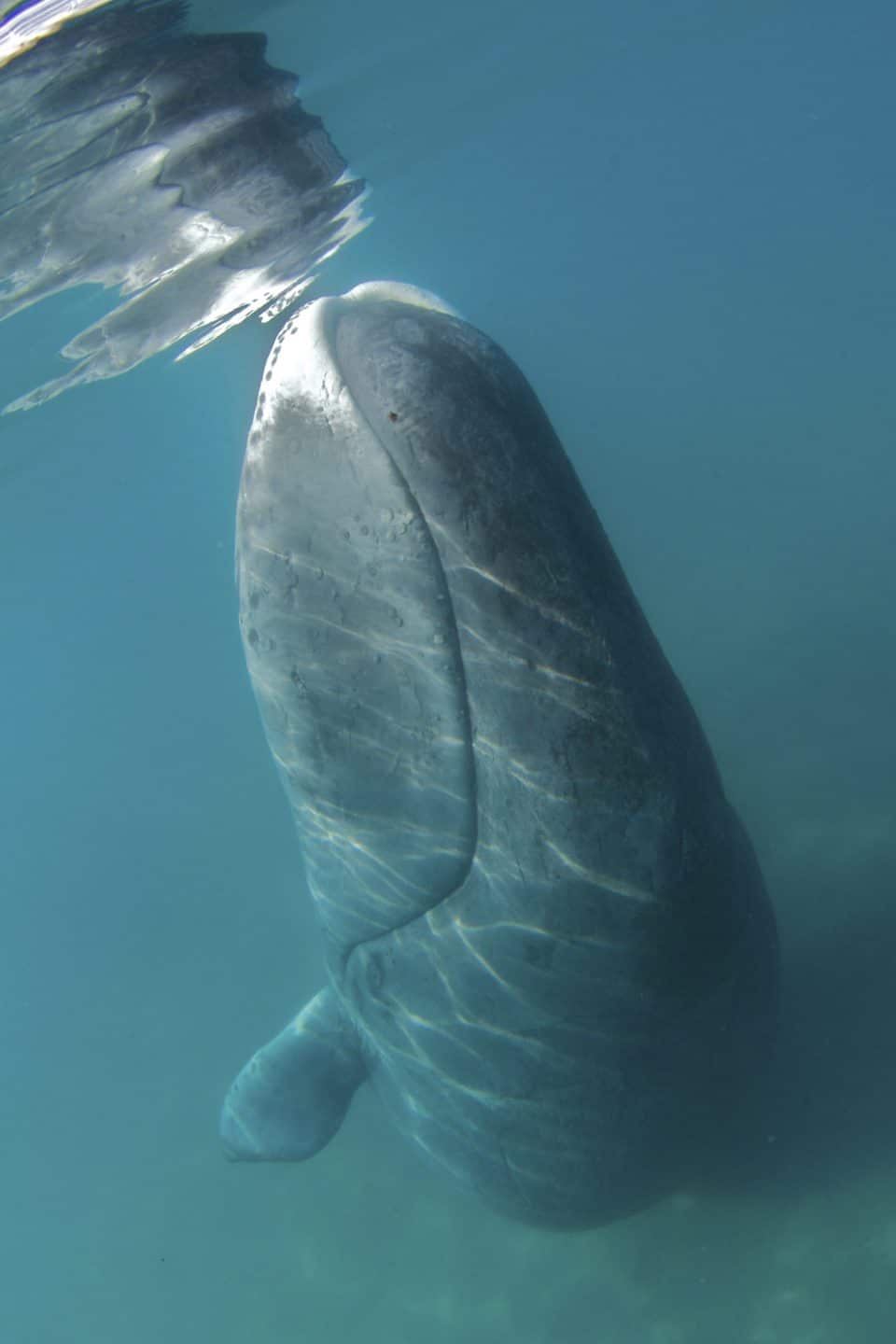 Arctic bowhead whales travel to warm water fiords in order to give themselves exfoliating treatments, drone footage has revealed.

Skin-shedding is common among whales, dolphins and porpoises, but doubt has existed about whether this is true of Arctic species such as beluga, narwhal and bowhead whales, which inhabit warmer waters in estuaries and fiords during the summer months.

A study led by Sarah Fortune from the University of British Columbia in Canada found that bowhead whales (Balaena mysticetus) do indeed moult during the warmer months. To aid the process, the animals rub themselves against large rocks. The research is published in the open-access journal PLOS ONE.

Bowhead whales are thought to be among the longest-lived animals on earth. Based on the recovery of stone harpoon tips in their blubber, and from analysis of eye tissue, scientists believe they can live for more than 200 years.

Bowhead rock-rubbing “grooming” activities have been previously documented. Whaling records provide historical support for the rubbing behaviour dating as far back as 1845. The animals used to be known as “rock-nose” whales.

Fortune and her colleagues used boats to observe bowhead whales in a fiord in Canada’s Cumberland Sound for five days in August, 2014. Two years later, the team deployed drones to take still and video footage of 81 specimens.

The images showed that all the whales were moulting, and that nearly 40% of them had mottled skin over more than two-thirds of their bodies.

The researchers noted skin irregularities including pronounced lines and loose epidermis among juveniles, sub-adults and adults, which they say provides strong evidence that moulting is pervasive for bowhead whales during summer.

They note that the moulting occurred in shallow, warm coastal areas that had low-salinity surface waters, characteristic of sub-Arctic fiords. The elevated water temperature in a rock-rubbing habitat may stimulate epidermal growth, raise skin temperature, and speed up metabolic processes on the skin – all of which supports the hypothesis that warmer water may facilitate moulting and that rock-rubbing aids exfoliation.

The researchers suggest moulting may remove parasites such as lice, or dispose of skin damaged by the sun. The latter could reduce the risk of ultraviolet radiation during the summer at high latitudes, which could be important for long-lived species by limiting age-accumulated skin damage.