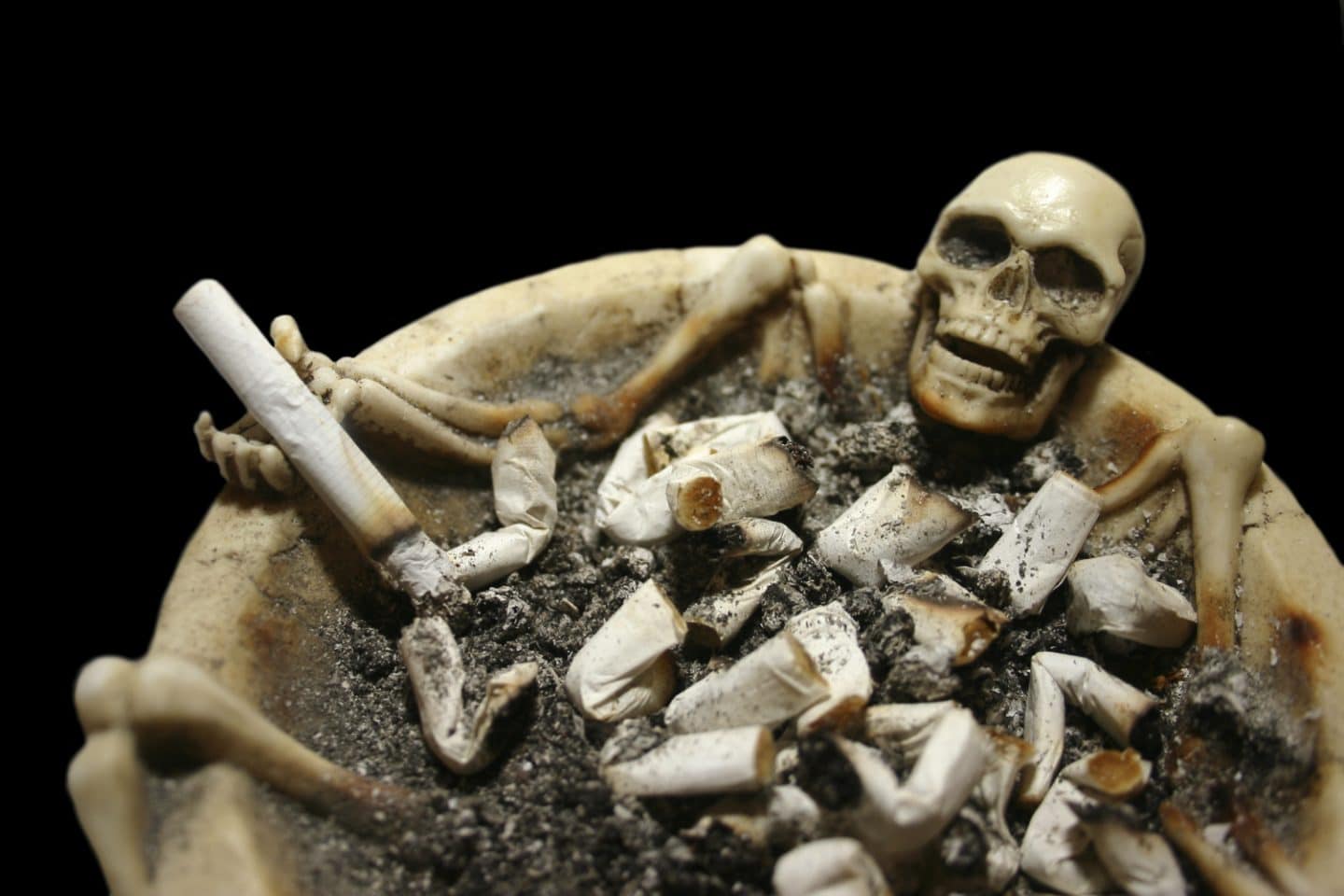 That smoking is bad for you is old news – but just how bad is not. A new study by the Sax Institute says that up to two in every three smokers in Australia will die from it if they don’t quit.

So of the 2.7 million smokers in Australia, 1.8 million will die from smoking-related illness unless they kick the habit. About 13% of the Australian population smokes, giving the country one of the lowest smoking rates in the world.

“Even with the very low rates of smoking that we have in Australia we found that smokers have around three-fold the risk of premature death of those who have never smoked,” says Professor Emily Banks of Australian National University, lead author of the study and scientific director of the Sax Institute’s 45 and Up Study. “We also found smokers will die an estimated 10 years earlier than non-smokers.”

The research also revealed that, compared with non-smokers, those who smoke 10 cigarettes a day double their risk of dying. Smoking a pack a day increases that risk four- to five-fold.

There are three major causes of death that are traced back to smoking: cardiovascular disease, cancer and chronic lung disease.

Previous studies have estimated that about half of smokers will die of a smoking-related illness. But this study, along with new research from the UK and the US, have placed that figure higher, at up to 67%.

The study, published in the journal BMC Medicine, examined data from a four-year analysis of more than 200,000 men and women over they age of 45 participating in the Sax Institute’s 45 and Up Study.

There is some good news. In an interview with the ABC, Banks said:

“The good news is that quitting at any age is good, compared to continuing to smoke. But the earlier that you quit, the better. And we also found that people who quit by age 45 had really avoided a lot of the lifetime risks related to smoking.”

The Sax Institute’s 45 and Up Study gathers research from large population-wide data sets that will help scientists better understand how Australians are aging, and it is the largest ongoing study of healthy aging in the southern hemisphere. The National Heart Foundation of Australia and the Cancer Council NSW supported the research.