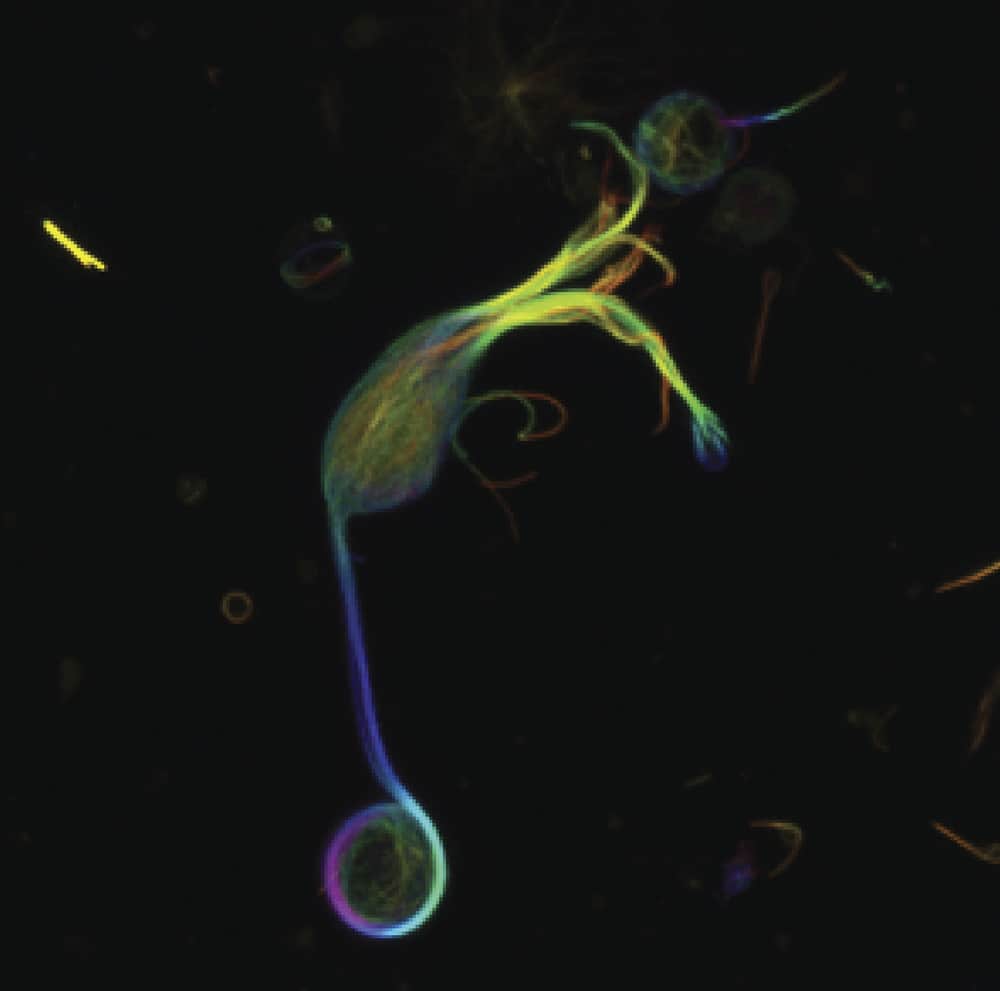 Fluorescently labeled microtubules extend from the tips of the dendrites (top) into the axon and down into the giant synaptic terminal (bottom) of a single isolated goldfish retinal bipolar cell. A loop of microtubules encircles the inner plasma membrane of the terminal and anchors mitochondria. Credit: GRAFFE ET AL., 2015

The discovery of the pathways for mitochondria is published in The Journal of General Physiology.

The retina contains specialised neurons called bipolar cells that transmit information from light-sensitive photoreceptor cells to ganglion neurons, which send information to the brain for interpretation as images.

Unlike most neurons, bipolar cells are continuously active and so require a constant supply of energy. The discovery could explain how they do it.