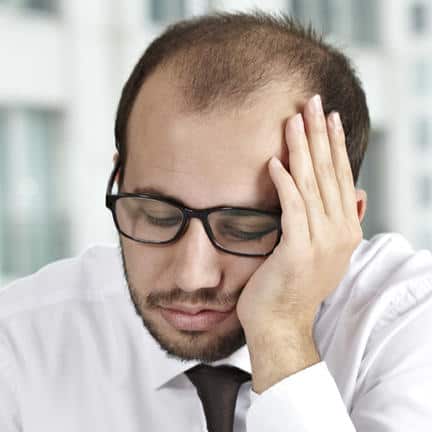 Although associated with emotions ranging from wistfulness or relief to despair, sighs – long, deep breaths – also occur spontaneously every few minutes to reinflate alveoli, the tiny air sacs, in the lungs, in a way an ordinary breath cannot.

The sighs are triggered by a control system in the brain when it senses inadequate oxygen in the system.

Mark Krasnow of Stanford University and Jack Feldman from the University of California, Los Angeles, identified approximately 230 neurons, which project to a small subset of receptors called the the pre-Bötzinger complex.

“It’s made up of small numbers of different kinds of neurons,” Krasnow told the Guardian.

“Each functions like a button that turns on a different type of breath. One button programs regular breaths, another sighs, and the others could be for yawns, sniffs, coughs and maybe even laughs and cries.”

The researchers tested the function of the system in rats by injecting the pre-Bötzinger complex with neuropeptides – the protein-like molecules that neurons use to communicate.

The only mystery left, it seems, relates to that song.

“While we have a good handle on the physiological reasons we sigh, it’s still a mystery what function or functions it plays during emotional states,” Feldman said.

Originally published by Cosmos as The reason we sigh