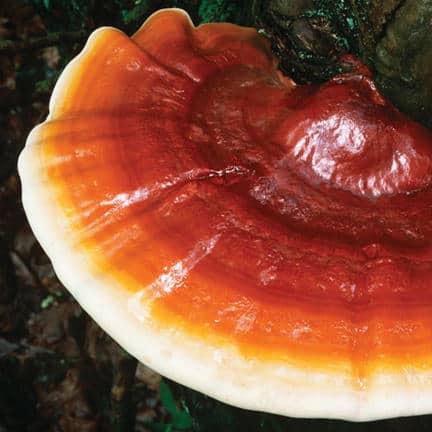 As any gardener knows, plants need the right mix of fertilisers to flourish – and the same seems to be true for your gut bacteria. Microbiologist David Ojcius from Taiwan’s Chang Gung University and his colleagues found the secret to a healthy gut is what you feed them – and that perfect meal could come from a humble mushroom. They published their findings in Nature Communications.

“It’s a very large body of work,” says Margaret Morris, pharmacologist at the University of New South Wales. “To me it’s really intriguing.”

The mushroom in question is a white rot macrofungus that grows on trees and is used in traditional Chinese medicine – practitioners have named it the “mushroom of immortality”. Ganoderma lucidum has been used in Asia for 2,000 years to promote health and longevity. In recent times it’s been shown to reduce blood glucose levels in mice with diabetic symptoms. “We wanted to know whether it has anti-obesity effects,” says Chuan-Sheng Lin, co-author of the study.

The team fed mice a high-fat diet for eight weeks – they became obese and were showing signs of diabetes. A second group of mice received the same diet, but were also fed a concentrated G. lucidum extract in the form of a broth – 100 microlitres a day, equivalent to a cup of broth for an adult human.

Sure enough, the mice on the high-fat plus broth diet gained less weight than their junk-food-only counterparts. The broth staved off obesity and appeared to protect against diabetes too – inflammatory molecules in fat cells and blood sugar levels were also lower.

How was the mushroom exerting these effects? When the researchers took a close look, they saw another change, not in the mice but in what was living in their guts.

The researchers found the ratio of two types of bacteria, Bacteroidetes and Firmicutes, was thrown out of balance in the mice on the high-fat diet. These bacteria are also found in humans – obese individuals generally have higher levels of Firmicutes. But when fed the G. lucidum broth, the gut microbe ratios of gorging mice stayed similar to those of mice fed a normal diet.

Confirming that it was the microbes and not the mushrooms that were  protecting the mice from diabetes and obesity, the researchers transplanted the faeces of mushroom-fed mice into mice on a high-fat diet. These mice also stayed slim despite gorging on high-fat food.

The researchers believe the secret to the slimming mushroom broth is its “prebiotic” action – it acts as a kind of fertiliser that makes some beneficial bacterial species flourish in a mouse’s gut, at the expense of more harmful bacteria. This is different to probiotics, such as those found in yoghurt, which contain the beneficial bacteria themselves (though in tiny quantities compared to the trillions of bacteria already living in your intestines, Ojcius adds).

So what’s the magic ingredient in this exotic mushroom?

The researchers found the mushroom broth was rich in polysaccharides, long-chain sugar molecules. They separated the polysaccharides into batches according to their length and then fed them to the mice. In this way they found the longest polysaccharides were the active ingredient.

Morris, who specialises in obesity, finds the results promising. Weight gain is common side-effect of today’s anti-diabetic medications. “An anti-diabetic molecule that doesn’t cause weight gain is very useful,” she says. “This may be a new mechanism, which would make it really interesting.”

But David Topping, gut health researcher at CSIRO, says he is not surprised by the change in microbiota. He believes the polysaccharides are probably glucomannans – a soluble form of fibre already sold as a dietary supplement to treat obesity and diabetes.

He also warns against over-interpreting findings in animals that have a digestive system quite different to ours. Mice feed on their own poo, for instance.

“The real driver for obesity is excess energy intake over expenditure,” he says, adding that treating obesity is a slow process that requires sustained effort: “There’s no magic bullet.”

Ojcius agrees the mushroom extract is no substitute for lifestyle changes. The next step will be to narrow down what in the mushroom is causing the effect. In this case, it may not be a single candidate. “Drugs used in the West are usually single molecules that have single targets,” he says. “In traditional Chinese medicine you may have several components working together and they may target more than one pathway.”

Morris says it will now be interesting to see whether the effects translate to humans – and if there are any side effects.

Ojcius, who has been drinking the mushroom extract for years, has not seen any. He prefers the extract to the mushroom: “I tried it once – it’s like chewing on wood!”

Originally published by Cosmos as The obesity fighting mushroom