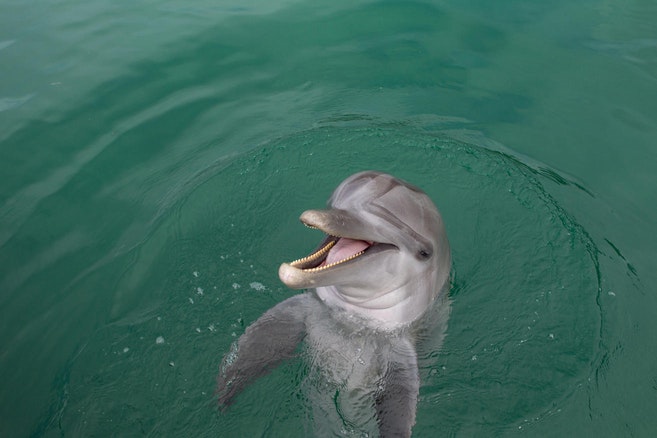 Is it a sign of sexism embedded in the field of zoology that until now the bulk of research into the mating mechanics of marine mammals has concentrated on the role of the penis? That’s a question likely to be asked more than once at the annual Experimental Biology Meeting in Chicago this week as Dara Orbach of Dalhousie University in Canada presents new findings into how dolphin sex, porpoise sex and seal sex actual happens.

Most species of marine mammal are known to have unusually shaped genitalia, but until now there has been little research into how the actual mechanics of sex work.

“While it may seem intuitive that the penis fits well into the vagina during copulation, the biomechanics and details of the anatomical fit can be quite complex and have seldom been explored,” says Orbach.

“Whales, dolphins and porpoises have unusual vaginal folds, spirals and recesses that the penis and sperm must navigate through to successfully fertilise the egg.”

Studying the ins and outs of cetacean and pinnipede sex presents some obvious challenges. To circumvent these, Orbach and his team amassed a collection of reproductive organs from animals that had died of natural causes.

They then developed a system to inflate the penises to full turgidity and used computed tomography scans to investigate how, and how deeply, they penetrated the appropriate vaginal tract, and at which points contact was made.

With this information, the team then made silicone models of the vaginal system, allowing the scientists a clear view of the mechanics involved. The information permitted some informed deductions about how the male and female reproductive systems co-evolved.

Orbach set out to understand how marine mammals deal with a very different mating environment to those occupied by terrestrial mammals. Porpoise sex and dolphin sex, for instance, has to be performed in a liquid three-dimensional space, and also has to contend with the potential problem of seawater leaking into the uterus.

Surprisingly, the work is one of the few times the way in which male and female marine mammal anatomy interacts has been studied.

“Most previous research on genitalia has focused on the penis,” notes Orbach.

He adds that his findings have potential to greatly improve the results of captive breeding programs, particularly those using artificial insemination.