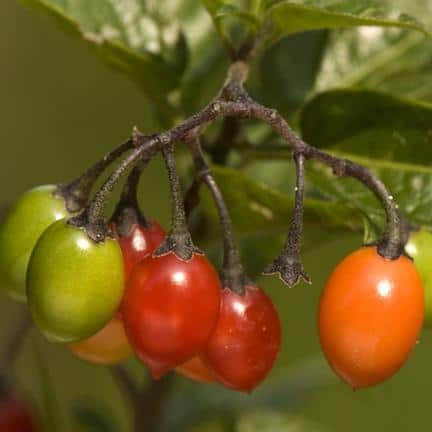 A species of nightshade defends itself against assailants with the help of an army of ants, lured by secretions from the plant’s wounds.

This unique defence system was observed by a study into the biology of the bittersweet nightshade (Solanum dulcamara) by researchers at the University of Berlin in Germany.

There are many diverse and intricate defence systems across the plant world, including several species that use nectar secreted from specialised glands to attract ants and other biting insects.

However, this is the first recorded instance of a plant producing nectar from the specific wounds caused by herbivores in order to attract ants that may fight them off.

Anke Steppuhn and colleagues observed ants in a controlled environment as they reacted to the solution excreted by the bittersweet nightshade when damaged.

At least three species of ant were attracted by the solution and proceeded to attack a nearby slug, as well as the larvae of a flea beetle – two of the plant’s natural enemies.

The team found the droplets leaked by the plant to be a simple sugar solution rather than the comparatively complex plant sap.

The researchers then copied the sugary nectar to study how it affected plant-eating pests. Plants dribbled with the nectar imitation suffered 50% less leaf damage on average, compared to plants bearing droplets of water.

Unlike plants with a designated nectar gland, bittersweet nightshade’s “plant bleeding” defence means that the luring nectar isn’t limited to being secreted on one specific part of the plant. Rather, it can be exuded from any damaged areas.

And because it’s such a simple recipe – sugar and water – the plant doesn’t need to waste energy or ingredients making it.

The research was published in Nature Plants.