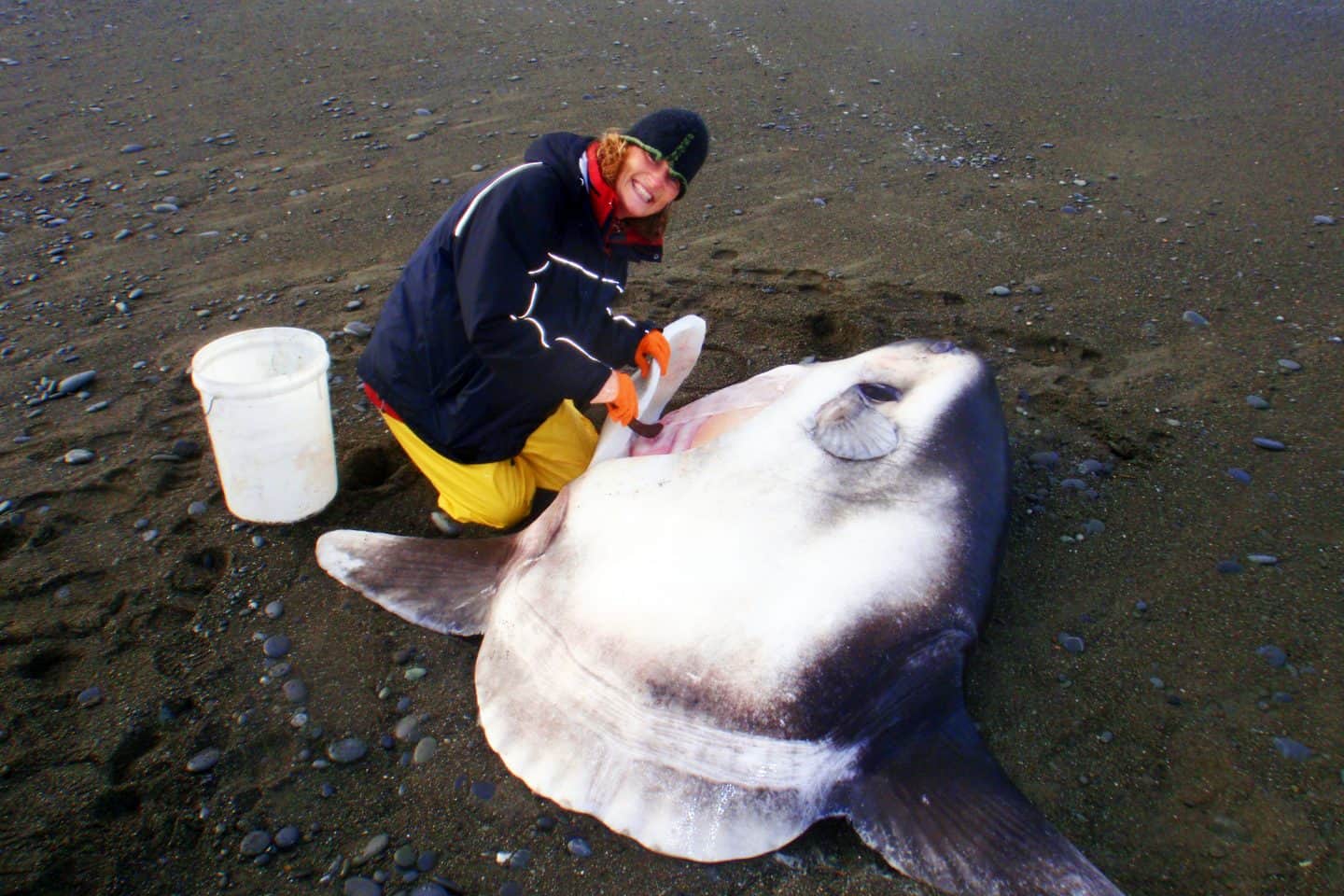 Marianne Nyegaard was six years old the first time she saw a sunfish – one of the strangest and most elusive of all ocean creatures – in a Danish museum. “I’ve been hooked ever since,” she says. The child’s fascination has led to a scientific career, and to the discovery of a brand new species of the giant sunfish – the first to be identified in 130 years.

The search for the new species took more than four years, so Nyegaard and her colleagues have named the new species the Hoodwinker sunfish (scientific name: Mola tecta, from the Latin tectus, meaning disguised or hidden).

Sunfish spotting is particularly difficult due to their nature (they are solitary types), habitat (the deep ocean) and enormous size (growing to more than 3 metres in length and weighing up to 2 tonnes). Their size means specimens are rarely kept by fishermen, even when the fish are caught; it’s just too much hard work to haul them aboard (and their taste does not agree with Western palates).

For years the only clues Nyegaard and colleagues had that this new species existed came from small skin samples and a few indistinct photos taken by fishermen. Genetic sequencing of those skin samples from caught sunfish pointed to a species not yet recorded, but having no real idea as what exactly the new species looked like complicated the hunt.

“Finding these fish and storing specimens for studies is a logistical nightmare due to their elusive nature and enormous size, so sunfish research is difficult at the best of times,” Nyegaard recounts. “Early on, when I was asked if I would be bringing my own crane to receive a specimen, I knew I was in for a challenging – but awesome – adventure.”

The big break in the case came in May 2014 when four sunfish were washed ashore on a New Zealand beach, at Birdling’s Flat, south of Christchurch. Word got through to Nyegaard, who was based at Murdoch University in Perth, Western Australia, and she finally had her chance to eyeball the new species in the flesh.

But that was just the end of the beginning. To confirm the status of the new species, it took Nyegaard and colleagues from the Museum of New Zealand Te Papa Tongarewa, the University of Otago, Hiroshima University and the University of Tokyo collecting a total of 27 complete specimens, and a scholarly review that included consulting publications from as far back as the 16th century, “some of which,” Nyegaard says, “also included descriptions of mermen and fantastical sea monsters”.

Mola tecta can be distinguished from its two sister species, Mola mola and Mola ramsayi, by a sleeker, more slender body shape in adulthood. It does not develop a protruding snout, or the lumps and bumps, or other sunfish. Its clavus – the back part of its body, where other bony fish have a tail and caudal fin – is distinctive by being divided by a little back-fold of what is called the “smooth band”. There are other differences, Nyegaard says, but those features would only be notable to “sunfish nerds”.

So why do sunfish look like they do? “There’s some speculation about this,” Nyegaard says, but the best guess is that their strange truncated bodies are an evolutionary adaptation to survive in deep water.

The sunfish’s appearance as a “swimming head”, having lost the back half of its body over time, is presumed to be linked to minimising its skeleton, allowing the fish to grow very large without becoming too heavy. Being light is important, as the sunfish has also done away with the swim bladder other fish use to maintain buoyancy. The aids its ability to “yo-yo” dive to great depths where it feeds, returning to the ocean surface to warm up – its habit of “sun-bathing” is why it is called a sunfish.

Its sheer size, meanwhile, has probably evolved both as a defence mechanism, to avoid being eaten by anything other than the largest of ocean predators (such as whales and sharks), and to maintain body temperature when diving to extremely cold depths to forage – a larger mass meaning heat is lost less quickly.

“Sunfish may seem to some people to look prehistoric but actually they’re very modern, in evolutionary terms,” Nyegaard says. “They probably evolved from a reef fish, like the puffer fish, and they are amazing swimmers. Their body design is really ingenious.”

It’s an enthusiasm that, thanks to the new specimens catalogued by Nyegaard and her colleagues, seems sure to be passed on to a new generation of children.