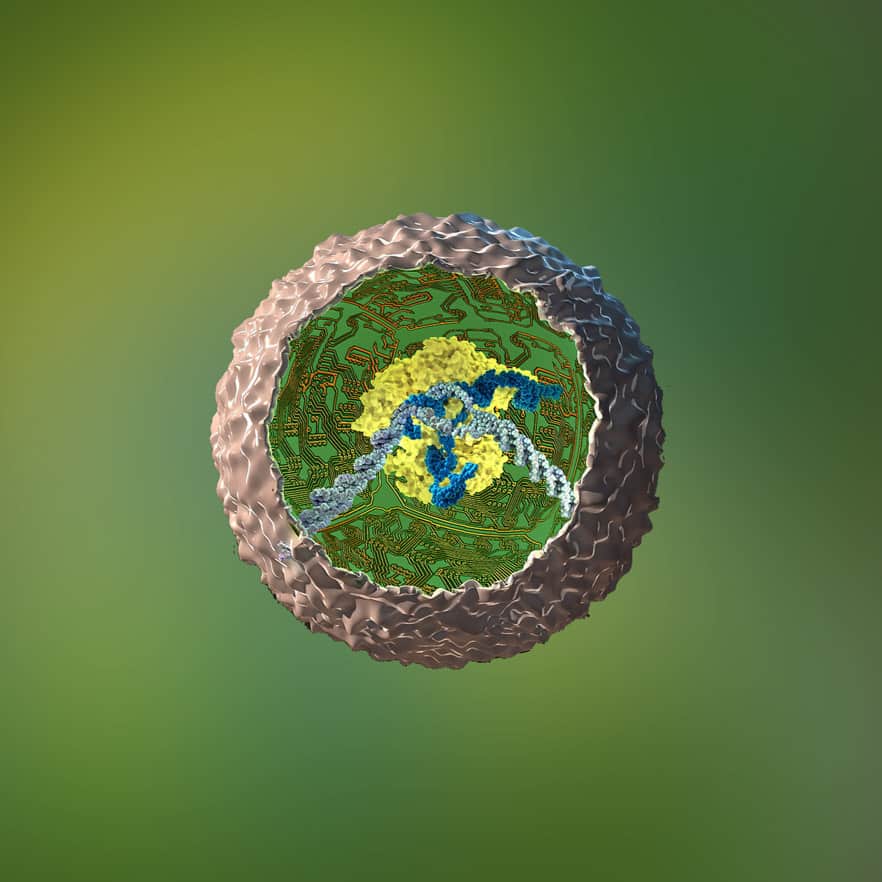 In a curious confluence of the information technology industry’s favourite word and scientists’ weakness for punning acronyms, researchers in St Louis, Missouri, in the US, have created what have been dubbed SMART cells.

SMART, in this case, stands for Stem cells Modified for Autonomous Regenerative Therapy, and their creation by a team based jointly at the Washington University School of Medicine and Shriners Hospital for Children promises a novel treatment for arthritis and other chronic conditions.

The team, led by Washington University’s Farshid Guilak, reasoned that much of the pain and discomfort endured by arthritis suffers arises from inflammation caused by damaged cartilage. Reducing that inflammation, therefore, is an important therapeutic outcome.

To test this the team used mice. First, they harvested skin cells from tails, then turned them into stem cells. Next, using CRISPR gene-editing technology they excised a gene associated with inducing inflammation and replaced it with one that dampens it.

The resulting cells were then induced to grow into cartilage cells in cultures. The tissue thus produced was found to be free of inflammation.

In a clever move – perhaps making the stem cells doubly smart – Guilak and his colleagues further modified the stem cells so that they would light up when experiencing inflammation, making them easy to spot.

The research is published in in the journal Stem Cell Reports, and includes the news that research has now commenced using live mice.

Should the SMART cells eventually be found to be a viable avenue for human treatment, the results promise to be both more effective and better focused than existing arthritis drugs.

Pharmacological approaches to arthritis treatment mainly target the inflammation-promoting molecule called tumor necrosis factor alpha. The problem, however, is that they all do so on a system-wide basis, weakening the immune system and making patients more liable to infection.

“We want to use our gene-editing technology as a way to deliver targeted therapy in response to localised inflammation in a joint, as opposed to current drug therapies that can interfere with the inflammatory response through the entire body,” says Guilak.

Study co-author Jonathan Brunger says the most pleasing aspect of the team’s CRISPR-based approach is that it effectively “highjacks” the inflammatory pathway and turns it into a protective mechanism.

“The ability to build living tissues from ‘smart’ stem cells that precisely respond to their environment opens up exciting possibilities for investigation in regenerative medicine,” he adds.

Originally published by Cosmos as SMART cells to fight arthritis