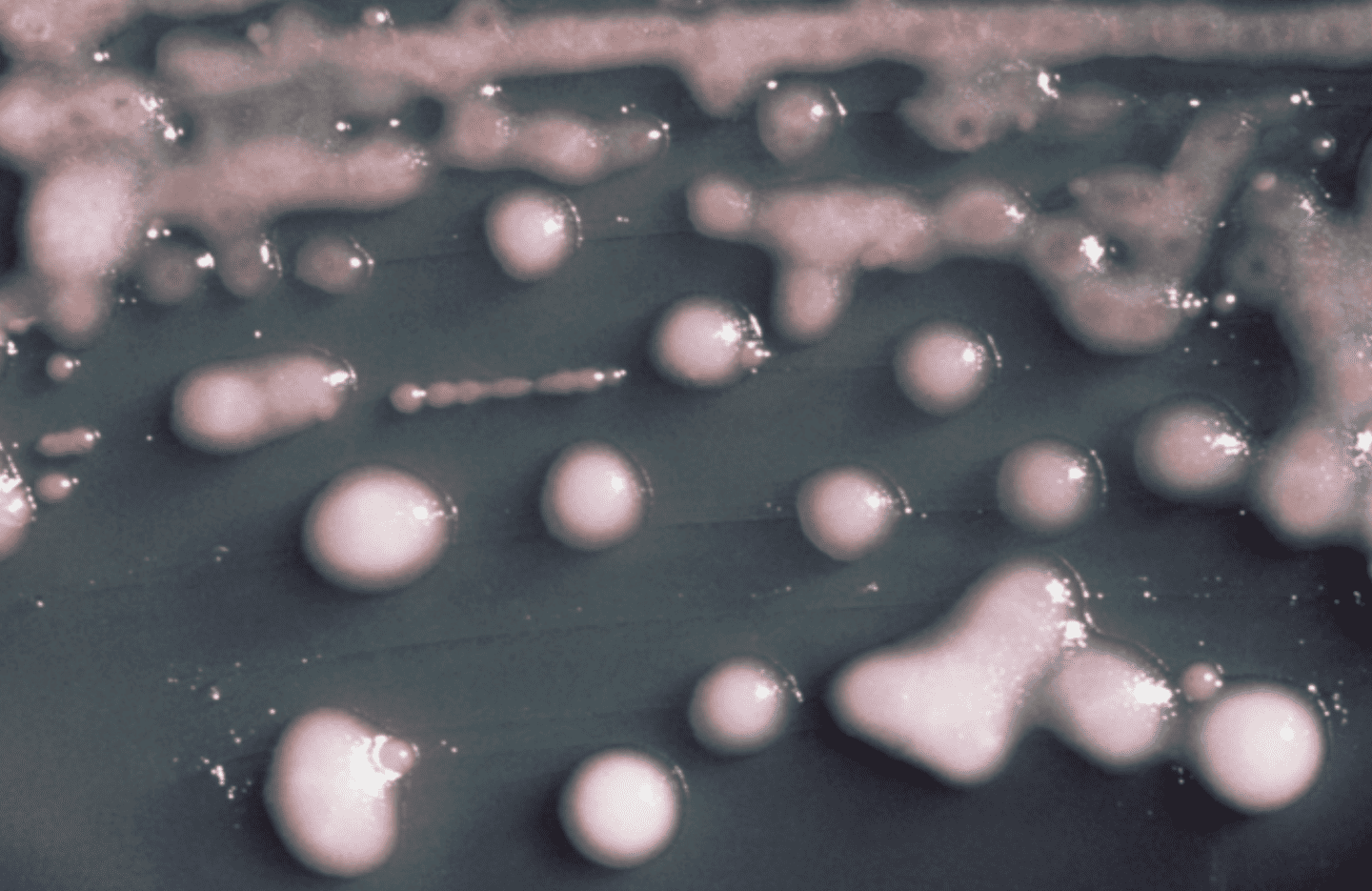 K. pneumoniae on an agar plate.

An antibiotic-resistant superbug has become an urgent threat to human health, a new study says. The bacterium – Klebsiella pneumoniae – already causes problems in hospitals but is set to become more virulent and more resistant to antibiotics.

Lead author Dr Kathryn Holt from the University of Melbourne and her team sequenced the genome of 300 strains of the bacteria.

A particularly drug-resistant strain, known as KPC, has caused significant problems in hospitals in the US and Europe for more than decade, with outbreaks in South America, Africa and Asia.

The gene that makes the KPC strain so resistant to antibiotics has already spread into E. coli and is starting to cause problems in hospitals, says Holt.

The sheer numbers of strains of the bacteria make it difficult to identify common components for a vaccine to target. By sequencing such a large number, it is possible to see which genetic traits were associated with the most deadly strains, including KPC, a co-author of the study, Professor Dick Strugnell, told The Guardian.

“You can’t do it by looking at one or two isolates, but once you start looking at hundreds, like we did, you start to see more patterns,” Strugnell, from the university’s Doherty institute, said.

“It’s not until you do this international survey, with strains contributed from all over the world, that you come up with a foundation of components these bugs have in common, which you can then target with a vaccine.”