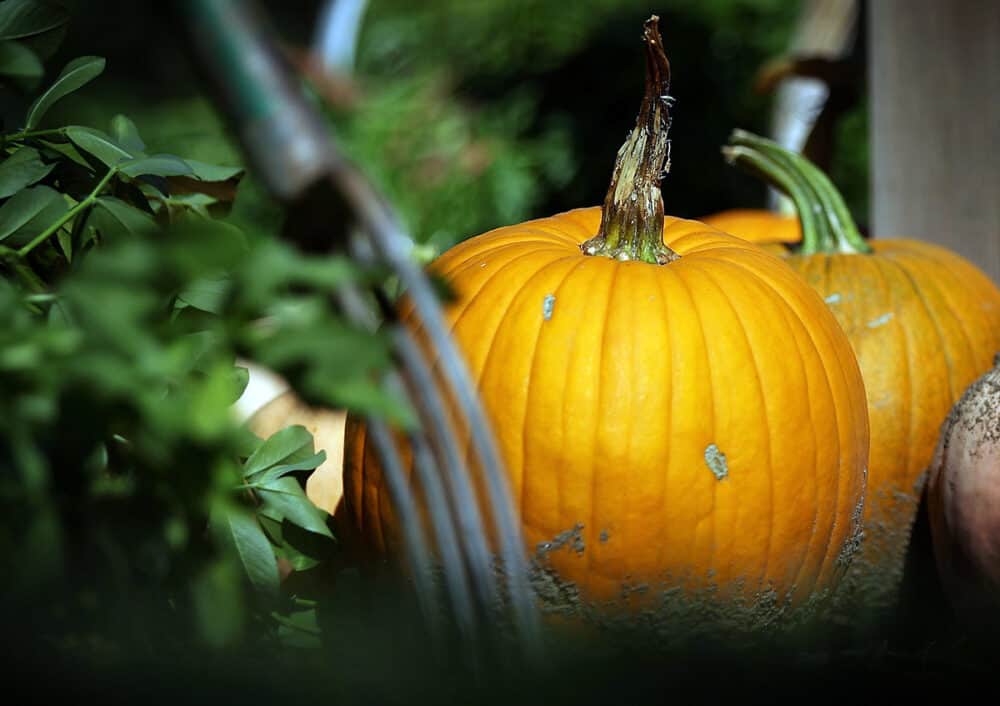 On the evolutionary path, pumpkins and grapes parted ways between 121 and 145 million years ago, according to new research led by Xiyin Wang at the North China University of Science and Technology.

Wang and his colleagues made the discovery while constructing fresh evolutionary trees based on recently completed genome sequences for Cucurbitaceae plants, the family that includes pumpkins, cucumbers and watermelons.

In doing so, the researchers discovered that the evolutionarily rapid development and spread of flowering plants in general – and cucurbits in particular – was driven by two separate chromosome-multiplication events.

In a paper published in the journal Molecular Biology and Evolution, Wang’s team reports the discovery of an unexpected doubling of the whole genome of a cucurbit common ancestor.

Cucurbits are members of a large group of flowering plants known collectively as eudicots. The genome-doubling followed comparatively soon after a chromosome tripling event in the eudicots’ common ancestor around 107 million years ago.

The multiplication of genetic material, he explains, would have produced “thousands of duplicated genes, and numerous chromosomal rearrangements, even whole-genome repatterning, and subsequent DNA mutations,” all of which carried the potential to increase fitness.

“This may be a key factor in why plants harbour genomes that are much more complex than those of animals,” he says.

“This may be a result of natural selection — plants have to withstand harsh environmental factors. To adapt to a changing environment, they have to develop relatively fast functional innovations within their genomes.”

Wang’s team also estimated some key evolutionary divergence times within the cucurbits – a family that contains more than 1000 species, including some of the world’s most profitable cash crops.