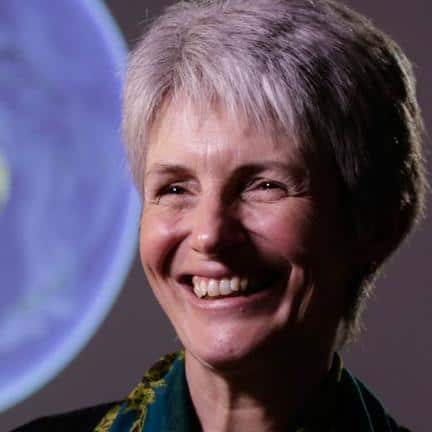 Climate change is big science – rising sea levels, shrinking ice sheets, a warming planet. But to tackle the big stuff, sometimes you have to start small. This year’s $250,000 Prime Minister’s Prize for Science was awarded to Graham Farquhar for modelling photosynthesis, the invisible chemical reaction that pulls carbon dioxide from the atmosphere.

Farquhar’s father, a CSIRO scientist, first inspired him to delve into biophysics. The physics of life was an emerging science when Farquhar was a student in the late 1960s. “I was a natural fit,” he says.

Photosynthesis is the reaction that creates the food we eat and the oxygen we breathe.  Farquhar drew together its elements – light, water, carbon dioxide, temperature and plant enzymes – in a mathematical model now used by agricultural and environmental scientists to fine-tune growing conditions and estimate crop yields.

He then turned his attention to stomata – microscopic pores dotted on leaves. Like valves, they open to let carbon dioxide in and water out. Plants adapted to deserts preserve precious water by keeping their stomata narrow.

Farquhar aimed to give agronomists a quick way to calculate a plant’s drought-resistance by linking stomatal function and leaf metabolism with the different forms of carbon in carbon dioxide. In nature carbon has two stable forms – or isotopes. He modelled how water and carbon dioxide move in and out of leaves with large and small stomata, and showed that CO2 containing a heavy isotope of carbon (with an extra neutron in its nucleus) diffuses more slowly though the leaf and tends to pool inside leaves with small stomata. The more “heavy” carbon a leaf contains, the more water-efficient it is.

Along with Richard Richards, an old high school friend and now a researcher in CSIRO’s Division of Plant Industry, he applied this technique to screen for water-efficient crop strains that produce better yields under dry Australian conditions. The result – the wheat variety “Drysdale” – won them the 2014 Rank prize for excellence in nutrition.

Farquhar’s next endeavour is to tackle rising carbon dioxide emissions. He now spearheads the multi-million dollar project Forests for the Future: Making the Most of a High CO2 World. His techniques, he hopes, will help breed tree species that grow faster and sequester carbon more quickly. – Viviane Richter

Cleaning up with bubbles: Graeme Jameson

Harnessing the mineral-trapping power of bubbles has saved the mining industry tens of billions of dollars and netted engineer Graeme Jameson the inaugural $250,000 Prime Minister’s Prize for Innovation.

Jameson, 79, first witnessed bubble technology, or “froth flotation”, while working part-time at a tin smelter during his undergraduate studies at the University of New South Wales in the late 1950s. While mining companies might occasionally stumble upon rich veins of precious metal, most of the time the riches are sparsely strewn throughout rock. So to squeeze the most out of it, they grind the mined rock into fine dust, mix it with a liquid, then bubble air through it.

As the bubbles wobble their way up through the slurry, hydrophobic (or water-hating) particles such as gold, copper and zinc cling to the bubbles’ surface. The metal-rich froth that forms at the liquid’s surface is then poured or skimmed off, leaving the hydrophilic (water-loving) detritus in the liquid below.

The problem, as Jameson observed, was that super-fine particles of the precious metal tended to slip between the rising bubbles and were left behind in the liquid. To trap them, he knew he needed to create a finer sieve. His solution, which uses smaller bubbles, is a device now known as the Jameson cell.

First, he got rid of air bubblers. Instead, a high-pressure nozzle squirts a mixture of finely ground rock slurry down into a vat, or “cell”, of liquid. As the slurry strikes the surface of the liquid, it drags pockets of air in with it, creating tiny bubbles in the mixture. “It’s like the froth you get when you squirt a hose into a bucket with detergent when you’re washing the car,” Jameson says.

He found that as these tiny bubbles float to the surface, they pick up 95-98% of fine particles between 0.05 and 0.12 millimetres across.

The only energy used in the Jameson cell is the nozzle jet pump. The cell can extract tiny particles of copper, zinc, nickel, lead, silver, platinum and coal. The same technique can also pull blue-green algae from waterways and remove suspended solids from wine.

Jameson has now turned his attention to coarser particles. Bigger bubbles have more lifting power, but the large particles they scoop up tend to get knocked off before they reach the liquid’s surface. His latest invention percolates air through the bottom of thin slurry – but gently, so precious particles stay clinging to the bubbles. If the technology can be commercialised, mining companies and clean-up crews – not to mention the wine industry – may be raising a glass to Jameson for years to come.

There’s a lot more to polymers than plastic, says Cyrille Boyer, winner of the 2015 Malcolm McIntosh Prize for Physical Scientist of the Year. “Almost everything in the biological world is made of polymers,” the University of New South Wales chemist says. And that includes DNA and proteins in the human body.

All polymers are long chain molecules – strings of chemical subunits known as monomers. In the simple polymers used to make plastic bottles and other synthetic products, each monomer is identical. But in DNA and proteins, different monomers are linked, in a specific order, to make polymers so complex they can store genetic code and twist into multifaceted 3-D structures.

Boyer won this year’s $50,000 Malcolm McIntosh Prize for making synthetic polymers that begin to approach the complexity of the natural world. He strung up to ten different monomers together in a specific sequence. The trick was to add each monomer to the reaction flask one by one. He used light and a copper catalyst to ensure each monomer was fixed in place in the polymer chain before adding the next monomer into the flask. It’s a little like cooking, he says, with monomers as the ingredients and the catalyst and light source as the oven.

Most recently, he’s replaced the light-capturing copper catalyst with a greener, cleaner alternative – chlorophyll, the light-gathering molecule used by plants.

By using light to construct complex synthetic polymers, Boyer can tailor them for sophisticated uses. For example, he’s shown it’s possible to grow polymer particles with specific shapes that are small enough to enter the bloodstream. Working with medicinal chemists at the Australian Centre for Nanomedicine, he’s found that changing a polymer’s shape affects where it goes inside our cells. One day these tiny particles could carry medicines to exactly where they are needed inside the body. – James Mitchell Crow

Environmental scientist Jane Elith loves the great outdoors. But the University of Melbourne researcher won this year’s $50,000 Frank Fenner Prize for Life Scientist of the Year for work she carried out in front of a computer screen.

As a student in the early 1970s, Elith was passionate about the Australian bush but her advisors convinced her not to study forestry, as women were unlikely to find work in the industry at the time. So she studied agricultural science, graduating with stellar results.

She later embarked on a PhD with Mark Burgman, who helped establish the University of Melbourne’s Office of Environmental Programs. Elith’s analytical mind was drawn to the big picture: could mathematical models predict where species are distributed and how they migrate?

Plenty of records showed where plants and animals lived. But the records were incomplete, most observations having been made near towns and roads or in a field biologist’s favourite national park.

So Elith formed a network of ecologists, statisticians and computer scientists to make mathematical sense of the available data. Their models could accurately fill in the blanks and predict how species would move. Her work has made ripples across the world. Over the past decade she has become the 11th most-cited author in the field of environment and ecology.

Elith and her students have modelled the distribution of pests such as cane toads and she informs environmental decision-makers who need to know where pests dwell and are likely to do damage. Her models have helped conservation projects in the Tiwi Islands and the Hunter Valley. Her next endeavour is modelling where native wildlife is likely to relocate as they adapt to climate change.

She is reminded of her work every time she’s out hiking, canoeing or camping. “It’s a niche that fits me well. I’ve ended up in an area which links my interest in nature and my liking for data and models,” she says. – Viviane Richter