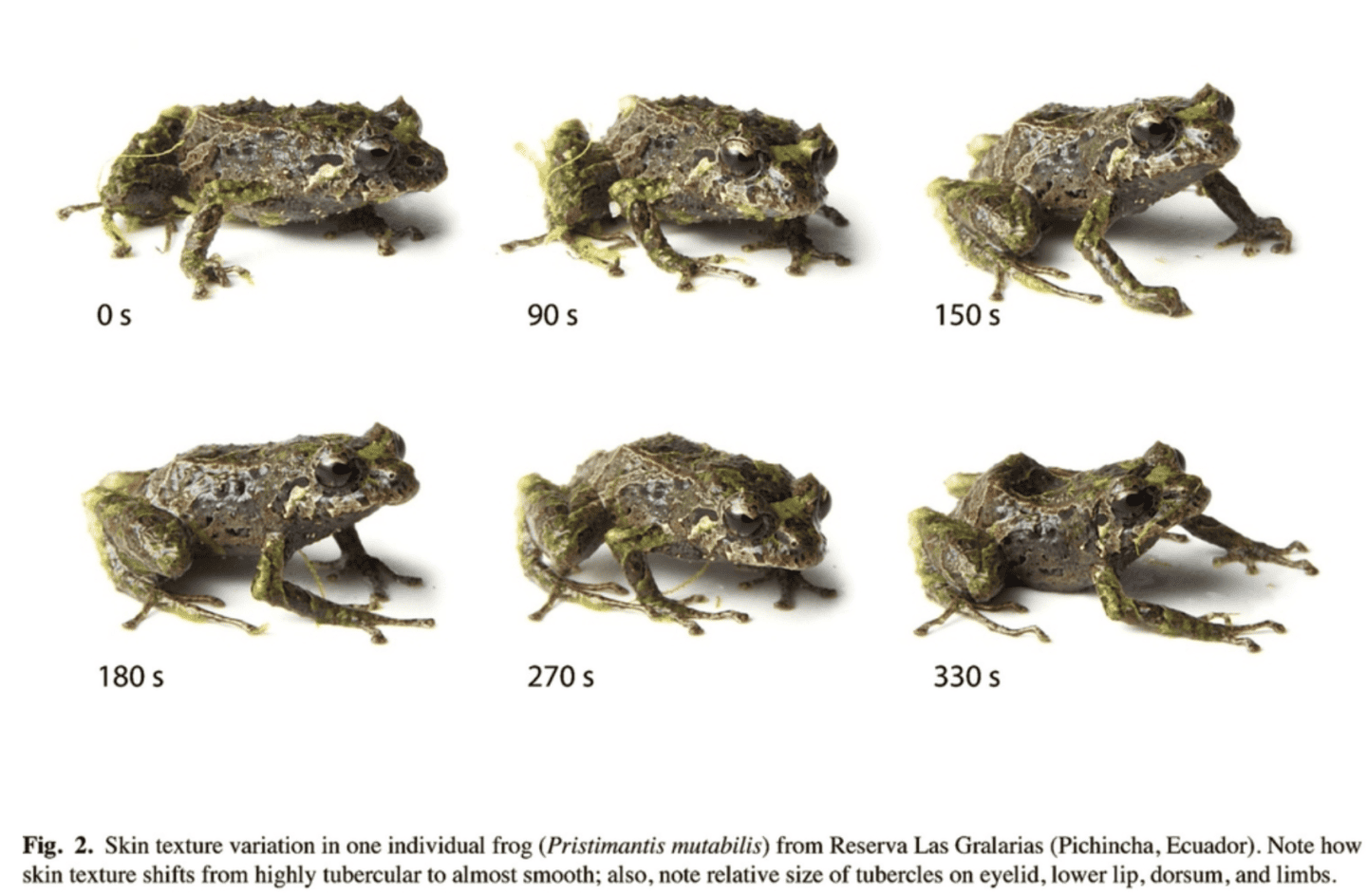 Scientists have discovered a tiny frog in the Andes in Ecuador change its skin texture from spiny to smooth in just minutes.

The “mutable rain frog” (Pristimantis mutabilis) is the first shape-shifting amphibian ever found. The discovery was reported in the Zoological Journal of the Linnean Society.

A female is 20 to 23 millimetres long, and males are even smaller.

It was first seen by Katherine Krynak, a biologist, and Tim Krynak, a naturalist in 2006 on a routine survey of a protected area, called Reserva Las Gralarias. They took a picture of the animal but didn’t, at first, recognise it as a new species.

“It wasn’t until we saw the amazing texture of its skin that we thought, ‘wow, this is something different,'” Katherine Krynak told Live Science.

In 2009, the Krynaks finally saw another punk rocker frog and grabbed it for a detailed photo session, putting it in a small plastic cup overnight.
But when Katherine Krynak opened the cup the next morning, the frog’s spines were gone. Thinking she had nabbed the wrong frog, Krynak added moss to the cup to make the frog more comfortable until they could return it to the forest that night. “We were both so disappointed because it had taken years to find another one,” she said.
But the Krynaks said they couldn’t believe their eyes the next time they checked on the frog. Its spiny skin texture had returned.

The frog’s reasons for changing shape are not clear, although the Krynaks believe it could be for camouflage in the mossy forests.