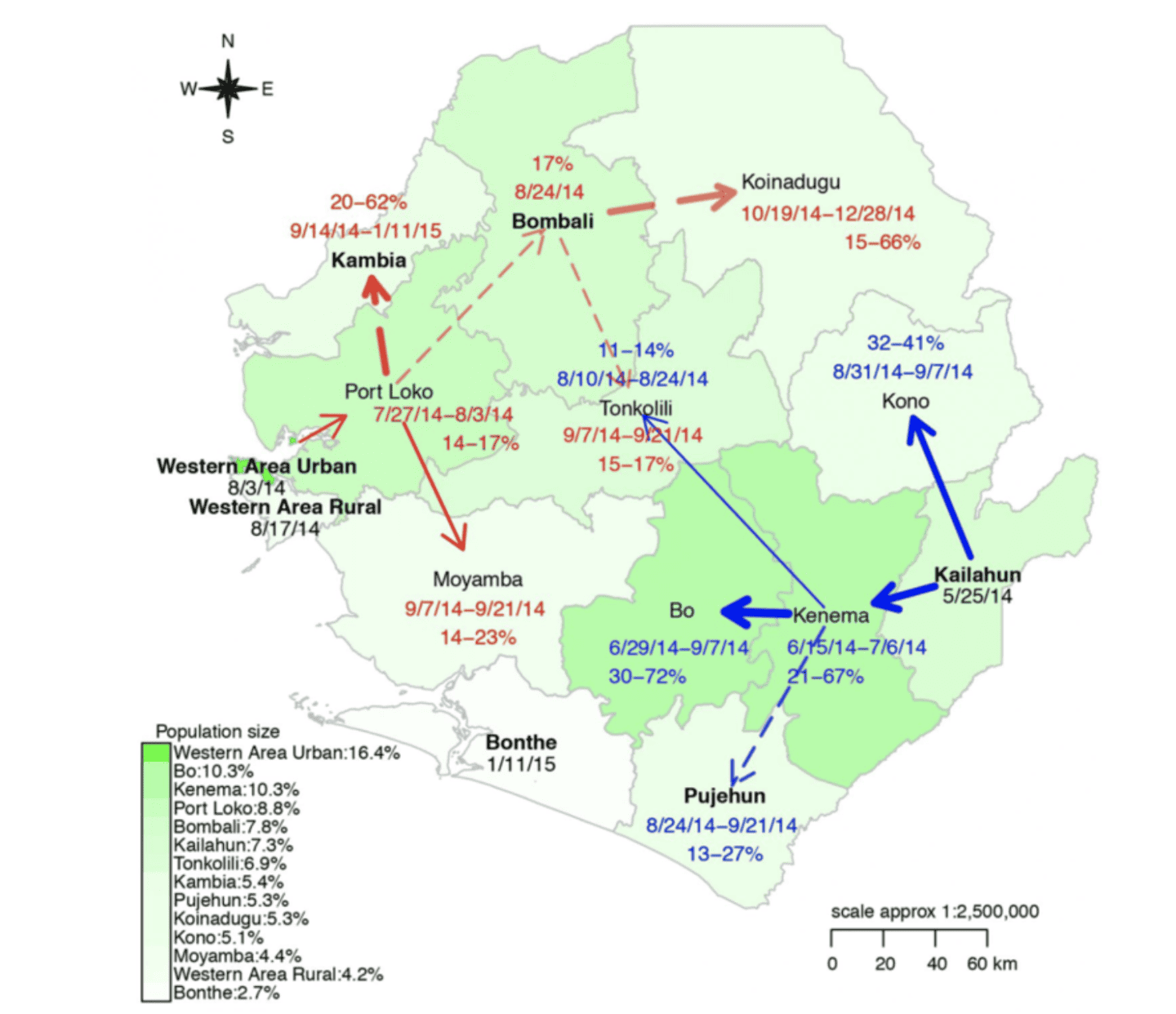 A map just published in Journal of the Royal Society Interface shows the path that the Ebola virus took during the outbreak in Sierra Leone. It is part of a new study that details how and where the disease travelled through the country.

The researchers made the map using a new statistical model, and they say it could be used in the future to improve the way help is delivered to outbreak regions, reports Live Science.

“For a future outbreak, this is something that can be readily applied to help identify the regions that need intervention most critically,” said study author Jeffrey Shaman, an associate professor of environmental health sciences at Columbia University’s Mailman School of Public Health. The model could help authorities figure out where to best deploy people to respond to the outbreak, he said.

The Journal of the Royal Society Interface looks at cross-disciplinary research at the interface between the physical and life sciences.

The statistical method the researchers used in the study involved three main types of information, all of which were available during the recent outbreak: the home district of each Ebola patient, the population of that district and the geographic distance between districts, the researchers said.
The traditional method of tracking disease, called contact tracing, involves interviewing patients and other people who come into contact with health workers. The new method does not eliminate the need for contact tracing, but supplements it, Shaman said.

“But when you have an outbreak, there is a lot of chaos. There are a lot of difficulties that people encounter, and there is not nearly as much information as any of us would like,” Shaman told Live Science. The new model allows researchers to fill in those information gaps, he said.