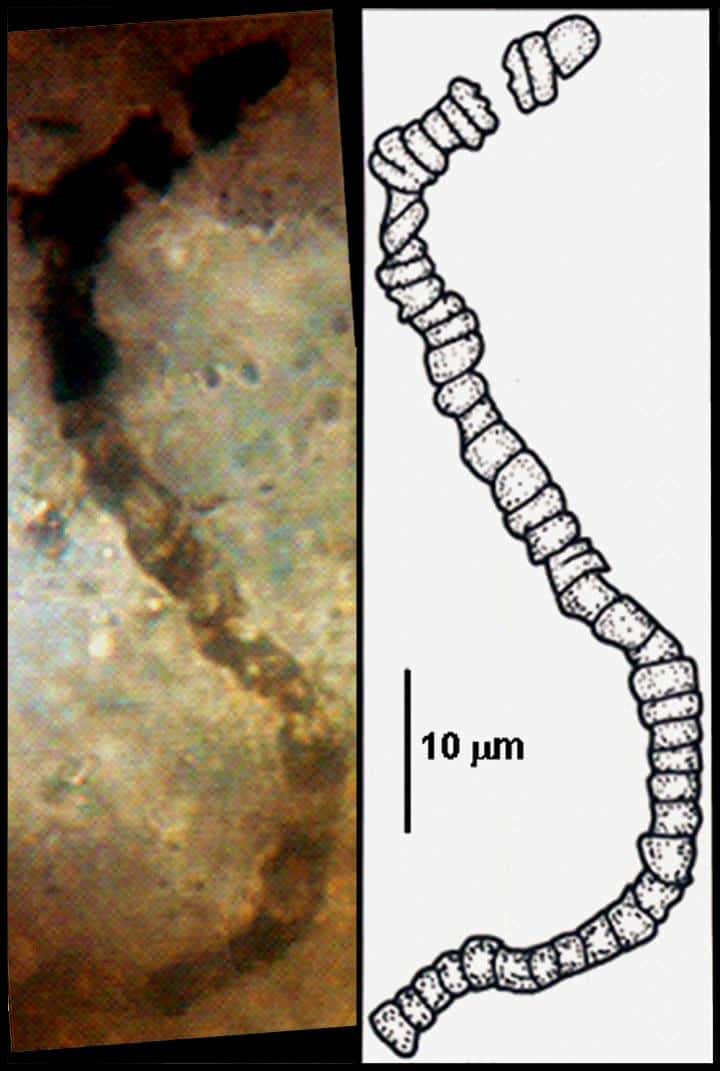 Life has existed on planet Earth for most of its 4.5 billion-year history, but pinning down the oldest traces has been a major challenge. Scientists have long been drawn to the Pilbara region of Western Australia where rocks nearly 3.5 billion years old contain tantalizing evidence for ancient microbes.

In 1982, a team led by William Schopf of UCLA collected samples containing microscopic filaments reminiscent of bacteria, but because no organic material had survived, the interpretation depended largely on shape, leaving plenty of scope for disagreement. Were these features really the remnants of ancient life forms, or just mineral marks in a rock? Now new evidence confirms that the tiny structures are indeed fossilized microbes.

Schopf and his collaborators at UCLA, together with John Valley of the University of Wisconsin in Madison, focused on isotopes of carbon – the life-giving element. Most atoms of carbon have six protons and six neutrons in their nuclei, so they are labelled C12. But about one per cent of carbon is the heavier isotope C13, with six protons and seven neutrons.

C12 and C13 are chemically identical, but because C12 is slightly lighter it reacts faster and so tends to be slightly overabundant in living organisms – and in their fossilised remains. Detecting such an excess is one way that scientists infer signs of ancient life.

Unfortunately, a skewed carbon isotope ratio is not a smoking gun; non-biological processes can produce similar effects. In the case of the Pilbara rocks, other strands of evidence support the claim for a biological origin. Layered mounds of rock known as stromatolites are abundant there, suggesting that communities of microbes were flourishing 3.5 billion years ago.

The new work lays to rest the controversy over the putative microfossils. Advances in technology have permitted the researchers to measure the carbon isotope ratios of individual microscopic blobs using an instrument known as a secondary ion mass spectrometer. Although all of the 11 features analysed display excess C12, the degree of excess varied depending on the actual shapes. This finding accords with the expectation that different species of ancient microbes would have had different metabolisms.

For example, some microbes use photosynthesis, getting energy from the sun. Others produce methane, and yet others consume methane. Schopf’s group identified representatives of all three, across five different taxonomic groups. The key point is that non-biological processes would not have concentrated C12 with a systematic difference depending on the shapes of the features.