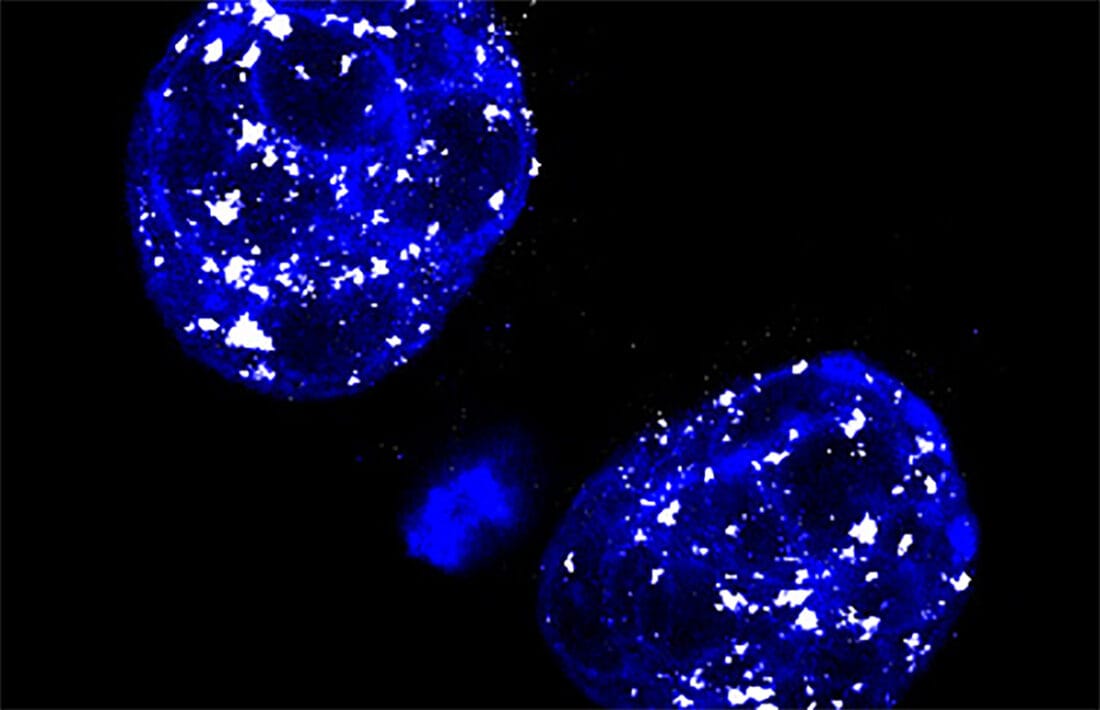 In mammals, almost half of the genome is made of repetitive stretches of DNA known as retrotransposons whose purpose has baffled scientists. Historically this genetic code has been known as ‘junk DNA’, though in recent years it has become clear that it is anything but disposable.

In a paper published in Nature Genetics, a team of German and American researchers has now shown that retrotranspons play a surprising and significant role in the development of embyros.

The researchers looked at a kind of retrotransposon known as LINE1 elements, which were known to be involved early in the process of embryo creation. These elements are “highly expressed” in that phase, which means that they are read by the cellular machinery in order to produce RNA.

By blocking or promoting the reading of the LINE1 elements at the two-cell stage of development in mouse embryos, the team found that too much or too little expression made development stop.

On further investigation, they discovered that the expression of LINE1 elements has an effect on the shape of chromatin, the complex structures of DNA, RNA and protein molecules that packages and reinforces DNA and influences gene expression.

“This study is hugely significant in assigning a role to a large amount of the mammalian genome at the very earliest stages of life,” says Maria Elena Torres-Padilla of the Ludwig-Maximilians-Universität in Munich, who led the study.

Torres-Padilla’s overall aim is to understand the processes in the early embryo that lead to the development of all the body’s different cell types, with potential applications in regenerative medicine.