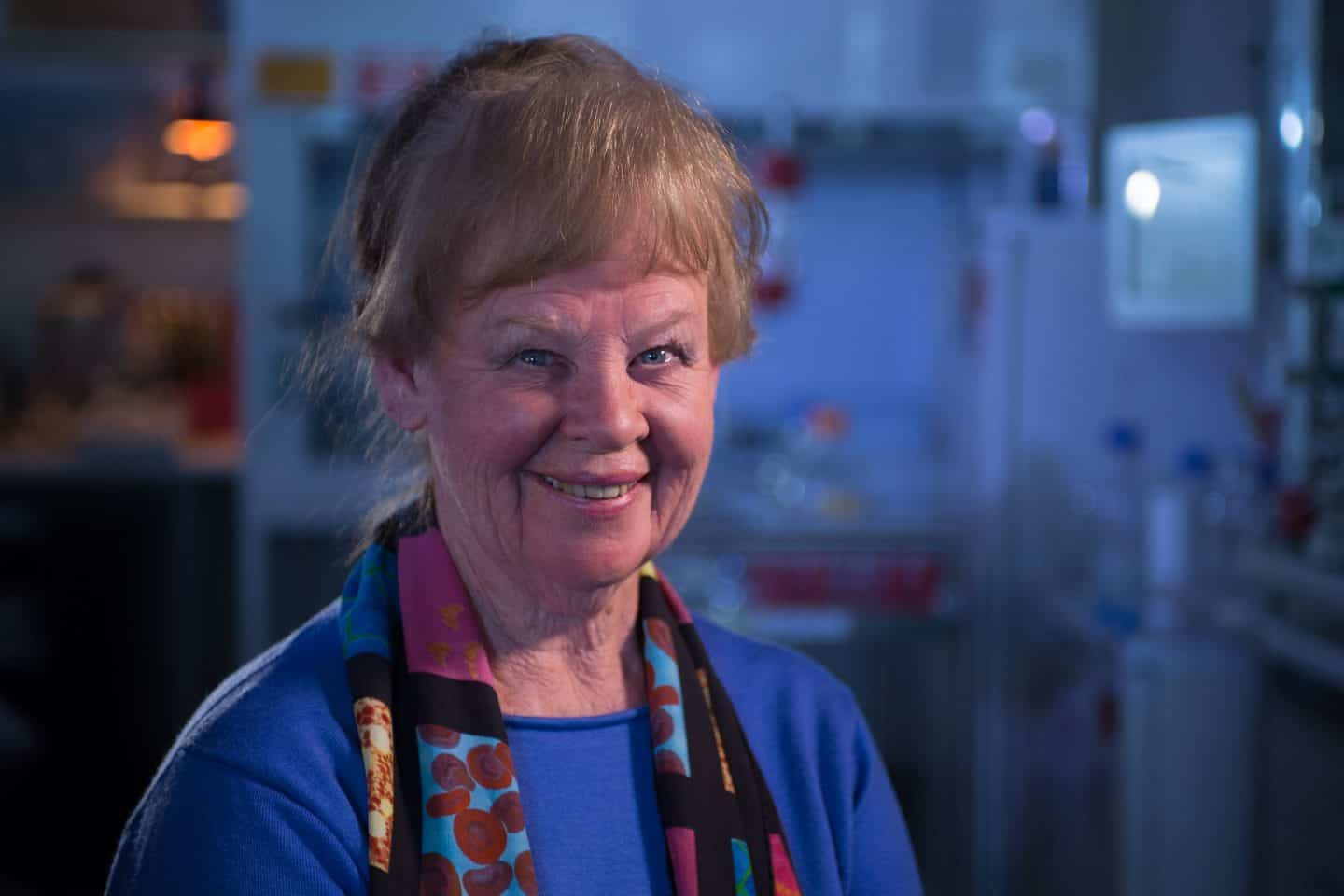 Prime Minister Malcolm Turnbull and Minister for Employment Michaelia Cash presented the Prime Minister’s Prizes for Science at a formal dinner in the Great Hall of Parliament House.

Professor Graves was given the $250,000 prize for her pioneering genetic studies of Australian native animals, revealing new information about the function and evolution of mammalian genomes, which in turn led to important new theories of the origin and evolution of human sex chromosomes and sex determining genes.

The annual science honours, comprising six categories, are this country’s most highly regarded awards for achievements by Australians here and overseas in science research, innovation and teaching. They have been given out every year since 2000.

The $250,000 prize for innovation went to Professor Eric Reynolds, whose discovery 30 years ago of a protein in dairy milk that repairs and strengthens teeth is today used by millions of people, sold as Recaldent in products such as chewing gum and toothpaste, which have saved more than $12 billion in dental treatment costs worldwide and  generated sales of more than $2 billion.

Professor Reynolds leads the University of Melbourne’s dental school and works with businesses from around the world to create new products to improve oral health.

The $50,000 Frank Fenner Prize for Life Scientist of the Year was given to University of Queensland Professor Jian Yang, who created pioneering new techniques to unravel the complexity of the human genome and help researchers find the genetic factors behind complex diseases, opening the way to new drugs and more accurate abilities to predict genetic disorders.

Working with nanoparticles and photonics at the University of Technology Sydney, Professor Dayong Jin led a team that has developed new kinds of tools that enable researchers to see at the molecular level inside living cells, for which he received the $50,000 Malcolm McIntosh Prize for Physical Scientist of the Year.

In recognition of the importance of teaching in the advancement of Australian scientific know-how, Neil Bramsen, assistant principal at Mount Ousley Public School in Wollongong, was given this year’s Prize for Excellence in Science Teaching in Primary Schools, and Brett McKay, head science teacher at Kirrawee High School in south Sydney, won the prize for Excellence in Teaching in Secondary Schools. Both are $50,000 prizes.

See profiles of all the winners and their work here.